Timberwolves get vital victory over Lakers

Taj Gibson contributed 18 points, 10 rebounds and three blocked shots as the Timberwolves ended a two-game slide. Minnesota (45-35) moved into sole possession of the eighth and final Western Conference playoff spot by a half-game over the Denver Nuggets.

Josh Hart had 20 points and 11 rebounds and Julius Randle added 20 points and 10 rebounds for the Lakers, who lost for the fourth time in the past five games. Brook Lopez scored 18 points, and Ivica Zubac had 14 points and nine rebounds.

Butler missed 17 games with the knee injury he suffered on Feb. 23 against the Houston Rockets. He played 23 minutes and was 7-of-10 shooting and notched four of Minnesota's 14 steals.

Los Angeles trailed by nine points early in the fourth quarter before the Timberwolves rattled off 10 straight points. Towns culminated the stretch with a three-point play to make it 94-75 with 8:57 left.

The lead topped out at 20 before the Lakers whittled it down to 13 but couldn't make a sustained push.

The Timberwolves trailed by seven at halftime before dominating most of the third quarter while outscoring Los Angeles 29-15.

Minnesota opened the quarter with a 10-2 surge to take a 61-60 edge on Wiggins' basket with 8:28 left. Teague and Wiggins drained consecutive 3-pointers later in the stanza as the Timberwolves took a 73-66 advantage.

Gorgui Dieng's basket gave Minnesota an 80-68 lead late in the quarter before the Lakers scored the final five points.

Lopez scored all 18 of his points in the first half as the Lakers held a 58-51 lead at the break.

Jazz vs Suns Picks and Predictions: Another Wild West Shootout in Store 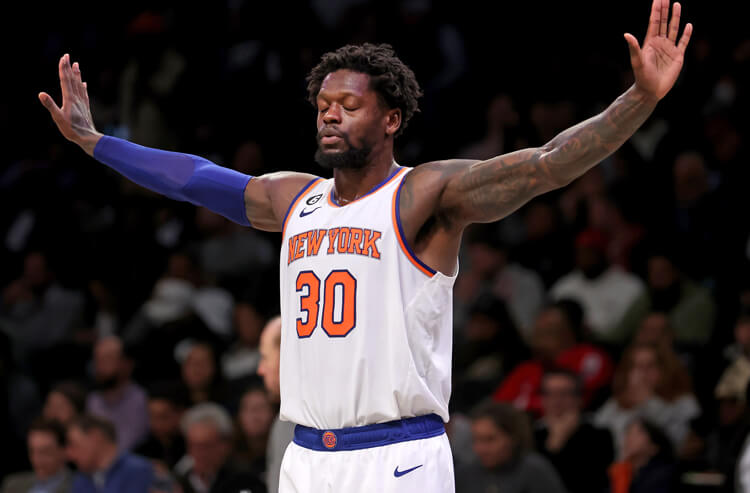 Trail Blazers vs Knicks Picks and Predictions: Randle Piles On Blazers Bricks
About Us
Contact Us
Careers
Our Team
Brand
Testimonials