A Beginner's Guide to Betting on March Madness

Learn about NCAA Tournament odds and get tips and strategies from industry experts for how to gamble on March Madness.

The NCAA Tournament is one of the most anticipated and exciting sporting events of the year, which is why every spring you have many new sports bettors wondering how to gamble on March Madness.

With 68 of the top college basketball teams in the country competing for the National Championship, the road to the Final Four is paved with fantastic finishes, unbelievable upsets, and the most fun you’ll ever have betting on college basketball.

How does March Madness betting work

Once the field of 68 teams is released on Selection Sunday, oddsmakers get to work setting point spreads, Over/Under totals, and additional March Madness odds for each tournament matchup in the First Four as well as the Round of 64.

As teams win and advance throughout the bracket, bookmakers quickly release betting lines for the next slate of games all the way through to the National Championship game, adjusting their odds to current form and matchup edges found in these unique tournament contests.

The point spread, Over/Under and moneyline may be the most common ways to bet on March Madness odds but there’s nothing basic about those betting odds when you add a dash of Big Dance drama.

The opening rounds of March Madness betting can see some larger point spreads on the board when higher-ranked teams play lower-ranked opponents, such as No. 1 vs. No. 16 matchups. As the tournament goes on, the spreads will shrink as the level of competition gets tighter.

The Over/Under is the projected total number of points scored by both teams in their NCAA Tournament game. Bettors can wager on whether the final score will go Over or Under this total.

Oddsmakers admit that college basketball totals are one of their toughest markets to book and get even tougher during March Madness with foreign foes, contrasting styles, and quick turnarounds in each round of the tournament.

The moneyline is the most straightforward method for betting on March Madness: simply pick which team will win. Each team is assigned a moneyline value based on its implied probability of winning the game outright.

Earlier rounds of the NCAA Tournament will see larger moneyline odds when a higher seed takes on a lower seed. Moneyline underdogs are a popular March Madness bet due to the unpredictable upsets that highlight the bracket each year.

The popularity of March Madness betting has sparked additional ways to wager on the NCAA Tournament, from long-running bets to quick and thrilling gambling options.

Futures are bets that take a longer period of time to play out, including betting on which team will win the National Championship or make the Final Four by winning its respective region.

Futures bets can be placed throughout the course of March Madness and the odds are always adjusting to outcomes, injuries, and betting action during the Big Dance.

Props (or proposition bets) are alternative wagers set for games outside of the standard markets. March Madness props can focus on individual team or player performances or be based around events and stats, such as the total number of 3-pointers made or fouls committed.

There are longer-running prop bets available, such as betting on the number of teams from a conference to advance to the Sweet 16 or how many teams with the nickname “Wildcats” will advance to the Round of 32.

You’d be hard-pressed to find a more exciting way to bet on March Madness than First to 15 props. The game is in the name: bet on which team will score 15 points first.

Bookmakers will set odds for either side in this race to 15 based on their matchup, and bettors get to enjoy a thrilling back-and-forth bet that usually pays out in the first 10 minutes of the game. “First To” bets can range in point values, such as a race to 20, 30, 40, and upwards, depending on where you choose to bet.

Wagering on which player will win tournament MVP – also known as the Final Four Most Outstanding Player – is a form of futures betting.

These odds go up at the start of the tournament, featuring the best players from the tournament favorites at the top. The MVP odds adjust to outcomes, results, and betting action throughout March Madness.

Derivative odds allow you to bet on segments of March Madness games, such as results from the first half.

Derived from the full-game spreads, totals, and moneylines, these markets are graded exclusively by those segments, such as total combined points scored in the first half. Bettors can find added value in derivative odds when it comes to team tendencies and pace of play.

The NCAA Tournament is one of the most unpredictable events in sports but there are some tried and true tips to help make the smartest March Madness bets.

Look for experienced teams and coaches

Tournament experience as well as a stable core of upperclassmen to lean on can be key to a team’s NCAA success when postseason pressures rise.

There’s a reason why you always see the same coaches advancing past the first weekend of the tournament. Knowing how to manage lineups and adjust game to game is worth its weight in gold.

Perhaps the only thing that can trump a proven track record is current form and momentum. Every year we see surprise success from teams peaking at the right time in the postseason. Dissect those hot – and cold - streaks and see if they’ll continue in March.

Know the signs of a Cinderella team

Finding a certified Cinderella team is the fast track to profits when betting March Madness. These can be small-conference schools with tricky tempos or sharpshooters who took down top-tier competition during non-conference play.

A Cinderella can also be a lower seed coming out of a power conference that’s been playing at a competitive level all season and finding its form at the right time during the tournament.

Live betting the NCAA Tournament is also a great way to hedge and middle pregame wagers.

Where can I bet on March Madness?

How to bet on March Madness FAQs

The most popular ways to bet on March Madness is wagering on point spreads, Over/Under totals, and moneylines for individual NCAA Tournament games.

Yes. Unlike the talent-heavy pro leagues, March Madness success is often driven by the best coaches and the most experienced teams.

Teams with good momentum can often go far in the NCAA Tournament. 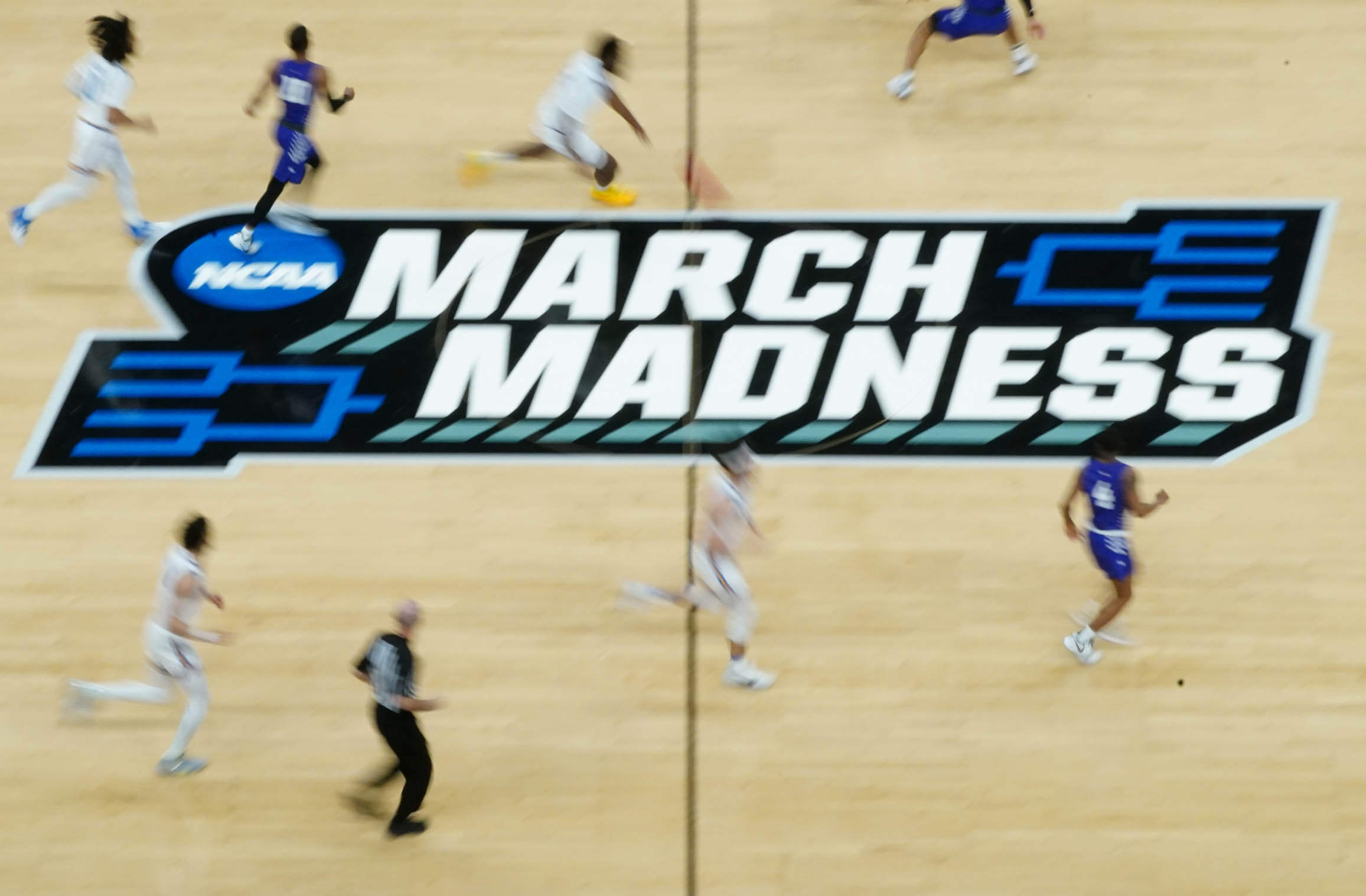 A Beginner's Guide to Betting on March Madness
Provided by