Former President Donald Trump is among the betting leaders for the 2024 US Election following the midterms. Still, the twice-impeached business tycoon is behind Ron DeSantis and even with current President Biden on the board at +350. 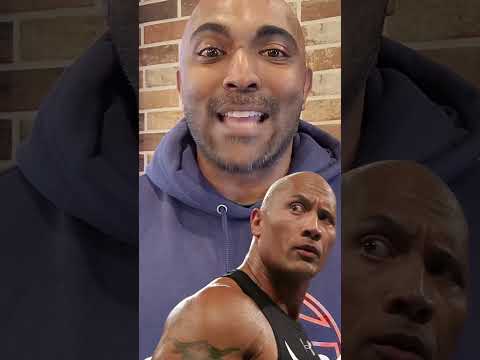 After more than a year of speculation, former president Donald Trump has officially announced he will be running for president in 2024. However, he still trails Florida governor Ron DeSantis, who surged into first place on the U.S. presidential election odds board following the midterms.

DeSantis entered the midterms at +330 but shifted to become the favorite at +225 after crushing rival Charlie Crist in the Florida gubernatorial election. Since then, his odds have slimmed even further to +175. Trump has seen his odds move from +300 to +550, while incumbent president Joe Biden slimmed from +550 to +400 and now to +275.

With the next election still two years away, there are plenty of candidates to consider, so let's look at the election 2024 odds and see who has the best betting odds of becoming the next president of the United States.

Odds to win the 2024 US presidential election

2024 US election win probability over time

Favorites to win the 2024 US presidential election

Shortly after the inauguration, Vice President Kamala Harris was atop the presidential odds board at +350, with Biden close behind at +400, and Trump in third place at +650.

Those odds have shifted massively, with DeSantis seemingly coming out of nowhere to lead the field at +175 (implied probability of 36.36%). Despite losing badly during the last election, Trump was at the top of the odds board for much of this year before plummeting to +550 this week (15.38%).

Donald Trump's odds of winning the 2024 US presidential election

Trump had been sitting atop the odds board at +300 for the last several months but his odds have (somewhat surprisingly) dipped after officially announcing he would run on November 15. He now trails DeSantis, who he originally helped launch into the national spotlight after he backed him in a tight race in 2018, and President Biden.

While the Jan. 6 committee approved its final report and recommended multiple criminal charges for Trump it's tough to see those sticking against "Teflon" Don who has always skated by such allegations.

A bigger obstacle for Trump is the growing concern among Republicans that his brand of politics will have a tough time gaining traction at the national level. Many Trump-endorsed candidates disappointed during the midterms and several GOP mega-donors like Ronald Lauder, Andy Sabin, Steve Schwarzman, and Ken Griffin have publically said they won't fund Trump in the primary.

That said, while Trump's support among potential Republican votes has dropped in recent months he still earned 48% of the vote in a recent survey while DeSantis had 26%.

Ron DeSantis' odds of winning the 2024 US presidential election

DeSantis won his first gubernatorial race by less than a percentage point but triumphed by nearly 20 points this time around, making a case that he has a better chance of defeating the Dems in a general election.

At 44 years old, DeSantis is just entering his political prime and has become a Republican firebrand figure for his laissez-faire policies during the COVID-19 pandemic, his enactment of the Stop WOKE Act, and his efforts to curb illegal immigration.

If DeSantis does announce he intends to run for the party nomination things could get messy between the former allies with Trump already mocking him as "Ron DeSanctimonious."

Trump warned DeSantis against entering the presidential race on Tuesday, telling reporters, "I would tell you things about him that won't be very flattering — I know more about him than anybody — other than, perhaps, his wife."

Joe Biden's odds of winning the 2024 US presidential election

President Biden has seen a slight improvement in his odds after the Democrats were able to retain the Senate. Biden's odds have slimmed from +550 to +400, to +350 (even, at the time, with Trump), to +275 today.

Biden's latest market prices on the Smarkets exchange give him just a 24.39% chance of being re-elected in 2024. Still, that represents a significant rise from before November's midterms.

Despite healthy growth in the U.S. job market and progress on marijuana reform and student debt relief, the Biden regime faces plenty of obstacles. Chief among them are high fuel prices and surging interest rates to combat inflation.

The president is also dealing with criticism from his Democrat base, who believe the party has lost key ground on issues like gun reform and abortion. Despite criticism from all sides, Biden is now -225 to be his party's candidate in 2024, which is an implied probability of 69.44%.

Kamala Harris' odds of winning the 2024 US presidential election

Harris has seen her odds plummet, but she remains the Democrat favorite if Biden decides not to run again. The Smarkets exchange gives her an 8.00% chance of becoming the party nominee, significantly lower than Biden's 63.69% (up big from 26.67%) but only slightly higher than third-place Newson, who sits at 5.26%.

Harris is having a rocky tenure as VP and has struggled to break ground with her two biggest projects, border migration and national voting reform. Her approval rating sits at just 38% according to FiveThirtyEight. That's at least a big improvement from her comically low approval rate of 28% from last November —  the lowest of any VP in modern memory including Dick Cheney.

Harris was previously on the U.S. Senate and has also served as the Attorney General of California. At age 58, she's entering her political prime and ran for the Democratic nomination in 2020 before dropping out to endorse Biden.

Gavin Newsom's odds of winning the 2024 US presidential election

While Biden remains the Democrat favorite according to oddsmakers, a recent New York Times/Siena College poll found that 64% of Democratic voters want somebody other than Biden to represent them in the 2024 election.

At 80, Biden is already the oldest president in history. If he steps down due to his age and declining popularity, younger challengers (and better communicators) like Gavin Newsom or Pete Buttigieg will emerge.

If the Democratic party decides to move on from candidates that were born before Willie Mays was a rookie (Biden, Hillary Clinton, Elizabeth Warren, and Bernie Sanders were all born in the 1940s), Newsom or Buttigieg could be excellent value plays.

AOC's odds of winning the 2024 US Presidential Election

Alexandria Ocasio-Cortez has emerged as one of the brightest young stars of the Democratic Party. That said her odds to become president have tumbled from +3,300 (2.94%) in the New Year to +6,500 (1.52%). AOC currently serves as a U.S. House of Representatives member, representing New York's 14th district.

The politically savvy 33-year-old has built a massive online following and will be turning the requisite age of presidential eligibility just before the 2024 election.

Her biggest obstacle may in fact be her own party, with her more progressive views likely to alienate some of her colleagues unless they soften over time.

Nancy Pelosi's book "This Will Not Pass" accuseed Ocasio-Cortez and other progressives of vying to be "queen bee." AOC could run the risk of being another Bernie Sanders if she can't convince the moderates that she's willing to make concessions on key issues.

The Rock's odds of winning the 2024 US presidential election

What would election betting odds be without some celebrity long-shots? For one, Kanye West emerged as a massive underdog candidate in the last election. Dwayne "The Rock" Johnson is also currently sitting at a relatively high +4,000 (2.44%), ahead of former presidential candidate Hillary Clinton.

The former WWE champion and current action movie star has shown interest in politics and even stated in a Vanity Fair interview that he has done research into what that could entail.

That said, he's also been very frank about his lack of experience in politics and recently ruled out the prospect of running for president, saying "it's off the table." You might as well take a lighter to your money if you consider betting on The Rock (or any other political outsiders) at this point in the election cycle.

Past US Election results

Betting on the election in the United States

No U.S. states allow for election betting, so legal betting sites in the United States don’t offer election odds to Americans. However, bettors in other countries can bet on the U.S. election.

Betting on the US election from Canada

Canadians have plenty of options when it comes to placing wagers on the U.S. election. Legal betting sites in Ontario are permitted to offer election odds, while bettors in other provinces can also place bets via Canadian betting sites.

Yes. Some betting sites provide odds on the U.S. presidential election, but betting on elections is not legal in the United States and state-regulated books do not offer these odds.

Donald Trump and Ron DeSantis are the current betting favorites at +300, while Joe Biden has fallen to +600.

Donald Trump and Ron DeSantis (+300) are the co-favorites to win the 2024 U.S. Presidential Election. 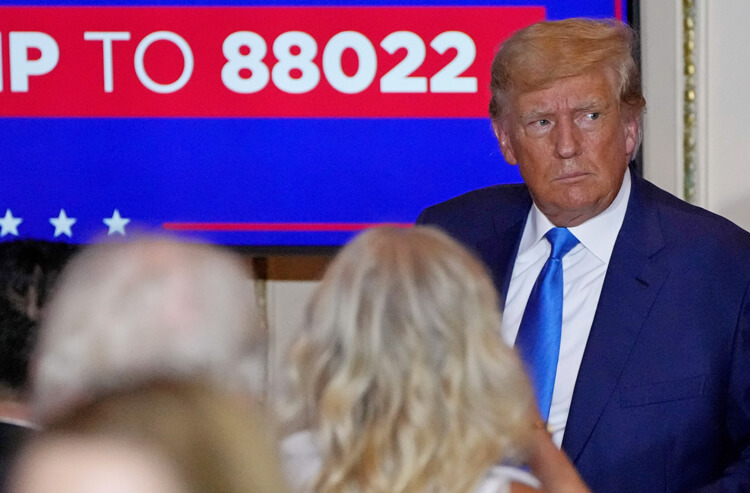 US Election Betting Odds: Trump Continues to Fall
Provided by