Rory McIlroy entered the week a slight pre-tournament favorite over Justin Thomas, Scottie Scheffler, and Jon Rahm. Check out our live U.S. Open odds below as the event unfolds at The Country Club at Brookline. 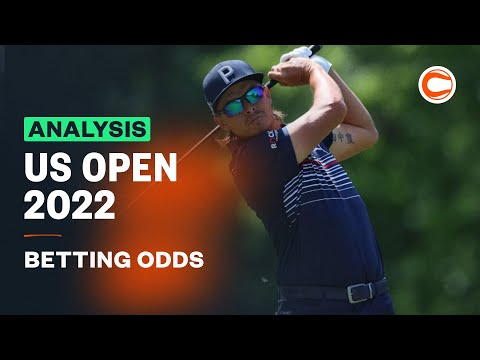 The U.S. Open is officially underway at The Country Club in Brookline, Massachusetts.

After his win over the weekend at the RBC Canadian Open, World No. 3 Rory McIlroy (+1,100) had taken over pre-tournament betting favorite status, closely edging out Justin Thomas as well as World No. 1 Scottie Scheffler and defending champion Jon Rahm.

You can check out the live odds for the U.S. Open field below as well as our lineup of sleeper picks, outright predictions, and Tour Junkies' full lineup of best bets.

Taking over the top spot to kick off the U.S. Open week is Rory McIlroy at +1,200, doing so after his title-defending victory at the RBC Canadian Open over the weekend.

Rory's first of four major championship victories came at the 2011 U.S. Open at Congressional as a 21-year-old. He lapped the field, winning by eight shots.

McIlroy was also in contention for the 2021 U.S. Open at Torrey Pines but faded away during his final-round back-nine, finishing T7.

Is this the year McIlroy gets back into the major championship Winner's Circle? He'll look to use his PGA Championship result as motivation after squandering a Round 1 lead for an eighth-place finish. Still, Rory's had four straight Top-20 finishes and within the Top 10 in three consecutive majors.

Coming in at +1,200 is PGA Championship winner, Justin Thomas.

In an epic battle, JT claimed victory in a playoff win over Will Zalatoris. capping off his second win at the event.

We know how good Thomas can be when he's on, and it's a very good shot he'll carry his consistently stellar play over to June's major. The former World No. 1 is worth keeping your eyes on.

No need to overcomplicate things, next on the board is the No. 1 golfer in the world, Scottie Scheffler.

Scheffler went on a run for the ages earlier this year, culminating in a win at the Masters. And he's shown resiliency, too. After missing the cut at the PGA Championship, Scheffler nearly won the Charles Schwab Challenge, losing to Sam Burns in a playoff.

Rahm's dramatic U.S. Open victory at Torrey Pines was his first (long overdue) major title. In 2021, he was a major championship killer with no finish worse than T8 at the PGA Championship at Kiawah.

After winning the Mexico Open back in April, Rahm couldn't capture that magic at the PGA, finishing +6 and T48. He did, however, finish T10 at the Memorial Tournament two weeks ago, so the former World No. 1 is consistently in the mix. All eyes will be on Rahm to see if he can complete the repeat U.S. Open victory.

Mr. Will Zalatoris deserves some shine in a spot like this.

While his odds of +3,000 aren't that long, we can see the PGA Championship runner-up making some noise this week.

Although he's never captured a major championship, it feels like he's right there, knocking at the door just waiting to be let in. At 30/1 odds, Zalatoris should be on the top of everybody's mind.

Abraham Ancer at +8,000 might be someone who deserves some eyes on him heading into the third major of the golf calendar. Although he hasn't picked up a win, Ancer finished T9 at the PGA Championship, so that may have provided some much-needed confidence heading into this course. He finished T56 in this tournament last year, but expect him to provide a better result this year.

Leader after the second round

These odds widgets represents the best odds available for each betting market from regulated sportsbooks in your region.

Leader after the third round

Do you think the same golfer will lead from wire to wire? Get odds for U.S. Open props.

Odds to make the cut

Top players based on nationality

Majors bring in plenty of bettors and oddsmakers cook up a variety of markets to bet on. Covers has pre-tournament U.S. Open picks and predictions, showing our best bets before Round 1 teed off as well as updated picks for each day of the tournament, including U.S. Open sleeper picks.

Let's take a look at some recent U.S. Open champions and their closing odds to win according to SportsOddsHistory.com:

The most popular way to bet on golf is by simply picking the winner, which is also referred to as an outright. There are plenty of other ways to wager, however. Some of the more popular markets including U.S. Open props and head-to-head betting, where sportsbooks pair up two golfers and you simply choose who you think will have the lower score over the course of the weekend or for one round only. Learn about more golf betting types and get expert tips and strategies in our how to bet on golf guide.

Where to bet on the US Open

If you're in a state that allows mobile, or online betting, make sure you know which sites are the best golf betting sites. The best betting sites offer sharp odds, quick payouts and are safe and secure when it comes to depositing and withdrawing your money. 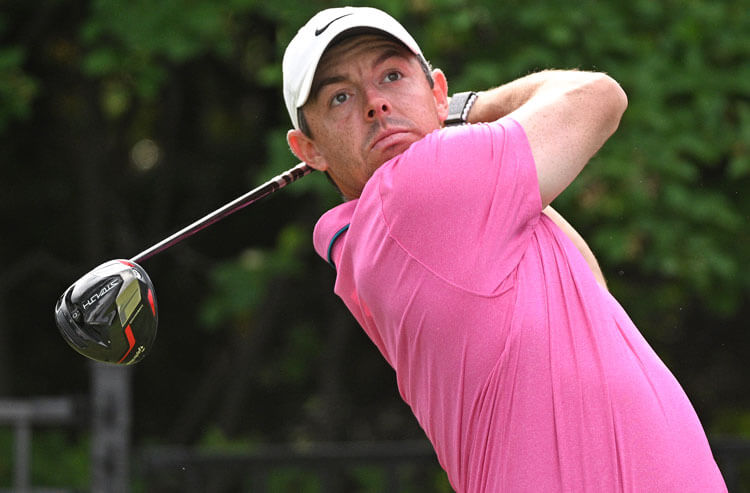 U.S. Open Live Odds: Follow the Action at The Country Club
Provided by