Vikings vs Saints Week 4 Picks and Predictions: No Marching In for These Saints

Jameis Winston could be down for the count, along with several receivers, making New Orleans' already-awful offense a must-fade. See how we're targeting this mark with our Week 4 picks for New Orleans' trip across the pond to face the Vikings. 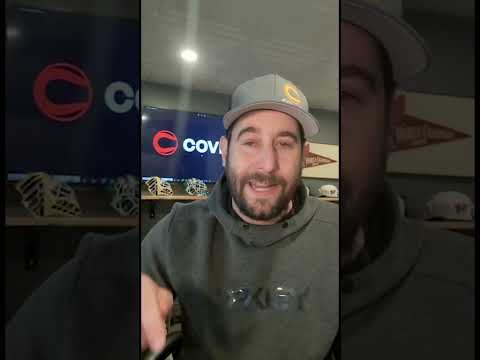 It’s early Sunday football time as the New Orleans Saints and Minnesota Vikings will play their Week 4 matchup in London on Sunday morning at 9:30 a.m. ET.

Both teams are dealing with injuries at key positions, but the Saints are in worse shape with Jameis Winston doubtful, Michael Thomas out, and both Alvin Kamara and Jarvis Landry marked as questionable. Add in the travel and this is a bad week for teams to get healthy while also losing five hours of the week.

Here are my free NFL picks and predictions for Saints vs. Vikings.

Vikings vs Saints picks and predictions

With Jameis Jameis Winston reported as doubtful and Andy Dalton in place to get the start, I’m not backing this offense one bit. Taysom Hill is working his way back from a Week 2 rib injury and practiced with the second team on Wednesday.

Dalton is tough to back, but with Michael Thomas and Jarvis Landry both leaving Week 3’s game vs. the Panthers and going DNP at practice Wednesday, I can’t hit the Saints’ team total Under 20.5 (-118) quick enough.

At 100% healthy, this offense sits 31st in EPA/play. Even the Falcons held it to just 10 points in three quarters before a fourth-quarter NOLA comeback in Week 1.

The Vikings will get All-Pro safety Harrison Smith back, as well as second-round rookie corner Andrew Booth Jr., who has yet to play this season. The strength of this Minnesota defense is in the secondary — a big advantage against the Saints, who convert third downs at 33% and sit in the Bottom 5 in DVOA offense in third/fourth and long situations.

I’m happy to have the 20.5 total even if all three players (Winston, Thomas, and Landry) start. However, due to the logistics and time loss of this game, I'm suspecting all three won’t be fully healthy by the early-morning Sunday start time.

A) Both teams to complete their first pass attempts BOOSTED to -106 at BetRivers! Sign Up Now

Minnesota opened as a -1 favorite on the look-ahead but with the excessive injury report from the Saints, this line has moved as far as Minnesota -3.

The Saints listed Winston, Thomas, and Landry as DNP on Wednesday’s practice report and Alvin Kamara as limited. Thomas and Landry exited last week and their injuries aren’t considered serious, but for an offense that was already struggling, potentially losing your Top 3 offensive players is catastrophic.

Dalton took the first-team reps on Wednesday, with Hill working with the second team. Considering the travel and time loss, this is a bad week to have your offensive talent questionable and the market is proving that.

The Vikings could be without Dalvin Cook but Alex Mattison is certainly capable of filling the role, making Cook’s possible absence not worth much to me. Cook had the same injury last season (dislocated shoulder) and missed one week.

With the Saints’ offense not performing and lacking bodies, it will be difficult for Minnesota to trail 14-0 as it has in back-to-back weeks. Justin Jefferson will be the focal point in Kevin O’Connell’s game plan, as the star receiver has done nothing since Week 1’s 9/184/2, which unsurprisingly was the team’s best game of the season.

Kirk Cousins will still have to move the ball vs. a Top-5 defense but thanks to the lack of offense from New Orleans, Minnesota could be seeing plenty of solid field position as the Saints allow the third-worst starting field position to their opponents.

The Vikes have a healthier team, as well as better coaching and a more potent offense on a neutral field. We could see this move off the -3 if the Saints’ injury report doesn’t improve.

This total opened on the north side of the key number of 44, but has fallen as low as 43. Combined, both teams are 2-4 O/U to open the season. Neither offense is sniffing the Top 10 in EPA/play while the Saints sit 31st in that category and could possibly have a quarterback downgrade if Dalton starts.

Looking at pace of play, the Vikings have been the fastest team in games of +/- 6 points, while the Saints sit 21st in plays/sec in the same situation.

Ultimately, if this is a game where Andy Dalton is under center, I’d expect to see more FGs than TDs. New Orleans has seen a closing total of 43.5 twice this season (Tampa Bay and Atlanta), and that was with a much healthier offense, on a full week, and without excessive travel.

The Under is 6-0 in the Saints’ last six games following an ATS loss. Find more NFL betting trends for Vikings vs. Saints.

Vikings vs Saints Week 4 Picks and Predictions: No Marching In for These Saints
Provided by