Arizona scored on five of its first nine possessions in the first half to help defeat Northern Arizona 62-24 at Arizona Stadium in Tucson, Ariz., on Saturday night.

Arizona (1-0) is now 14-1 against its FCS in-state rival NAU. The score was much closer than the game two years ago when Arizona won 77-13

It still wasn't pretty for the Lumberjacks, however. Arizona used the quick-strike, big-play method to get ahead of the visiting Lumberjacks as punt returner Shun Brown ran 66 yards for the Wildcats' opening score. NAU followed with a 58-yard run by Cory Young less than 40 seconds later to tie it at 7-7.

That's when Arizona started to take over with some big plays. Senior running back Nick Wilson, who was injured most of last season, scored on a 46-yard run to give him 28 touchdowns for his career, tying him for third all-time with Nic Grigsby (2007-2010).

Arizona starting quarterback Brandon Dawkins, who accounted for three TDs (two run, one pass) got Arizona on the board again with a 43-yard pass to Tony Ellison early in the third quarter to extend Arizona's lead to 21-7.

After an NAU touchdown, Arizona pulled away in the first half with a 55-yard run from senior Tyrell Johnson and a 10-yard run by Dawkins. Dawkins rushed for 92 yards and passed for 89 yards while completing 7 of 13 passes before being replaced by Khalil Tate late in the third quarter.

Tate later left the game with an undisclosed injury after falling on his right shoulder. Arizona coach Rich Rodriguez's son, Rhett, a freshman quarterback, replaced Tate. He scored a late touchdown on a 1-yard run.

Arizona's defense looked a bit shaky in the first half, giving up 14 points early in the first two quarters but it was helped by Demetrius Flannigan-Fowles' two interceptions, one at the 1-yard line as NAU was driving. Arizona's defense toughened up in the second half, stopping Lumberjacks quarterback Case Cookus at the 1-yard line on fourth down.

Cookus finished 21 of 38 for 306 passing yards, no touchdowns and two interceptions, and the Lumberjacks had two players rush for more than 100 yards. Cory Young had 115 yards on the ground, and Joe Logan had 101.

Our Top Caesars Promo Code Gets You $1,250 for Michigan vs Ohio State or Notre Dame vs USC 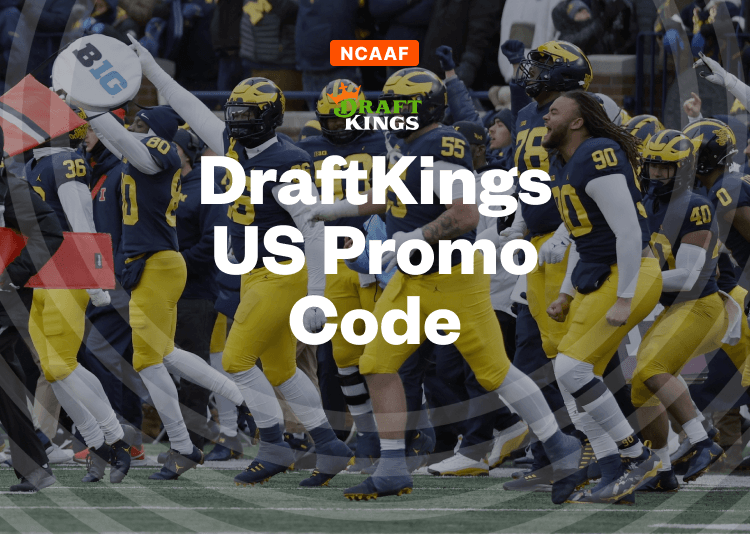 Top DraftKings Promo Code Gives Chance At $150 for Ohio State vs. Michigan and Notre Dame vs USC
About Us
Contact Us
Careers
Our Team
Brand
Testimonials