Iga Swiatek has had to gut out some tough wins to reach the women's semis, and now must defeat streaking Danielle Collins for a shot at the title. Get the matchup breakdown and best bet with our Australian Open women's semifinal picks.

A small bit of history is being made at the Australian Open semifinal.

For the first time since 2013, neither the Men's or Ladies' draw at a major will have a first-time semifinalist.

Danielle Collins is thriving in Melbourne — a semifinalist in 2019, she’s returned to the final four once again.

She’s faced a myriad of styles, the power-hitting of Ana Konjuh and Clara Tauson, the counter-punching ability of Elise Mertens, and the variety of Alize Cornet.

Swiatek’s game continues to mature — she’s grinded out back-to-back deciding-set victories against the unseeded Sorona Cirstea and Kaia Kanepi to reach the semi-finals.

These courts suit her heavy forehand, while her movement on hard court is sublime. Swiatek’s 5-0 record in three-set matches at majors after losing the first set is also a sign of great fortitude from the 20-year-old — even when her game isn’t redlining she can still find ways to win.

This will be the second match in the evening session, thus, the balls won’t be as lively and will bounce lower, which should help Collins.

Swiatek has problems on the second serve that Collins can capitalize on with her aggressive returning. Kanepi feasted on the Swiatek second serve, winning 63% of return points.

Neither player’s kick serve will be particularly effective at night so we can expect plenty of service breaks and momentum swings.

Swiatek had problems finding depth of shot against Kanepi, if she can improve in that area she has a good opportunity to dictate play. 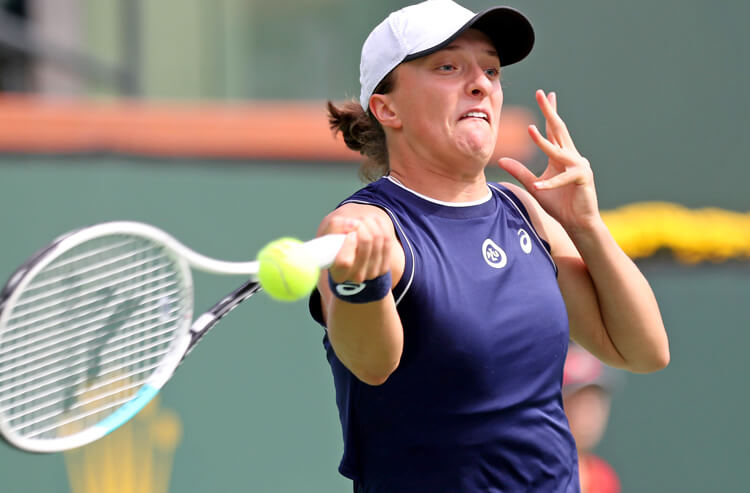