The 2023 Australian Open odds are set for the men's and women's finals, with No. 4 Novak Djokovic a monster favorite against No. 3 Stefanos Tsitsipas, and No. 5 Aryna Sabalenka a slim favorite vs. No. 22 Elena Rybakina.

The 2023 Australian Open finals are set on both the men's and women's side, with Novak Djokovic looking for his 10th career Aussie Open title.

With many of the top seeds — including the No. 1 and No. 2 seeds on both sides — having been erased from the board much earlier than expected, the bracket quickly became wide open.

The men's final features Djokovic and No. 3 Stefanos Tsitsipas, who is in search of his first career Grand Slam title, while the women's half will see No. 5 Aryna Sabalenka try to claim his first GS title (in her first final) against Elena Rybakina, who already has a Wimbledon title under her belt and eliminated World. No. 1 Iga Swiatek from this competition.

Here are the latest odds to win the 2023 Australian Open for both the men's and women's finals.

Djokovic was forced to miss the 2022 Australian Open to much fanfare after he was deported due to his COVID-19 vaccination status. That interrupted his winning streak at the event after he claimed victory for three straight seasons from 2019-21. He would later win Wimbledon before withdrawing from the US Open due to the United States' own vaccination policy.

Once officially allowed to re-enter Australia, Djokovic was locked in as the betting favorite heading into the tournament and his odds have shortened en route to the finals with the early exits from the No. 1 seed (Rafael Nadal), No. 2 seed (Casper Ruud), and five of the other Top 10 seeds.

This has led to Djokovic being the massive odds-on favorite since the quarterfinal round, and despite battling a hamstring injury, he comes into the final in vintage form, having dropped just one set this tournament and crushing Tommy Paul 7-5, 6-1, 6-2 in the semifinals.

Only two of the eight quarterfinalists in the women's bracket were seeded within the Top 20 — and only one of them, Aryna Sabalenka, has reached the Australian Open final.

After dumping Magda Linette in the semifinals, Sabalenka has finally reached her first Grand Slam final, but notching her first GS title will not be easy as a slim favorite over No. 22 Elena Rybakina.

Sabalenka has yet to lose a set this tournament — Linette was the first opponent to even take her to a tiebreak — but she has not faced overly tough competition in this year's Aussie, as she's faced just two seeded opponents (the highest being No. 12 Belinda Bencic), while her QF and SF matches were against unseeded players.

That's vastly different than Rybakina's route, as she's dropped just one set all tournament but has beaten four seeded foes in a row en route to the final — including World No. 1 Iga Swiatek in the fourth round.

How to Bet on Australian Open Tennis Odds

Tennis betting is most commonly done with moneyline odds for a match. Each player is assigned a moneyline price and bettors can wager on which one they think will win. Sportsbooks also offer futures odds for each tournament in which you can bet on which player will win that specific tournament.

This means that on a $100 bet, you'll stand to win $600 if Player A wins the tournament. If it's close to the end of a tournament or one player has been particularly dominant, you might see someone with a minus sign (-) ahead of their odds:

This means that you would need to wager $120 to win $100 on Player B winning the tournament.

Above we have posted the American odds for the US Open. However, these are easy to convert to decimal odds or fractional odds with our odds converter tool.

The defending champions are Rafael Nadal (men's) and Ashleigh Barty (women's). Barty has since retired from professional tennis.

The Australian Open will be held at Melbourne Park in Melbourne, Australia. 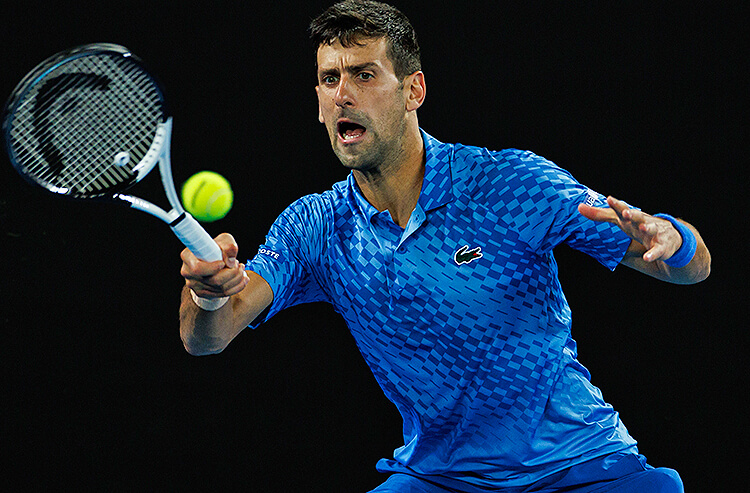