Winnipeg has blizkrieged the CFL all season, with their defense shutting down foe after foe, and talent stockpiled on both sides of the ball. Our Roughriders vs. Blue Bombers picks break down why we're siding with the Grey Cup favorites again this week. 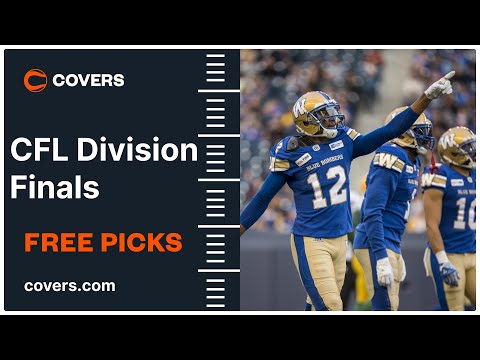 The CFL Division Finals kick off on Sunday, and in the late game, the Winnipeg Blue Bombers welcome the Saskatchewan Roughriders to IG Field. CFL betting lines opened with the Grey Cup-favorite Blue Bombers as 6-point home favorites before ticking up to -7.5.

The Bombers have clearly been a cut above every team in the league this year, but will they cover more than a touchdown against Saskatchewan? We let you know what we think with our best free Roughriders vs. Blue Bombers picks and predictions for Sunday, December 5.

The Under is 8-0 in the last eight meetings between these West Division foes. Find more CFL betting trends for Roughriders vs. Blue Bombers.

The Bombers breezed through their schedule this year, and although they lost their last two games of the regular season, they rested many of their starters in those contests since they already had first place locked up.

Heading into Week 15, they had gone 11-1 SU (8-3 ATS) and had won eight straight games by double-digits. That includes two dominant performances against the Roughriders when they outscored them by a total of 53-17 in consecutive weeks.

This is a loaded Winnipeg team that is the heavy favorite to win the Grey Cup for the second season in a row. The Bombers had an incredible 15 players named West Division All-Stars (seven on offense, seven on defense, and one special-teamer) and that's not including running back Andrew Harris, who led the CFL in rushing yards for three straight years from 2017 to 2019. Harris rushed for 623 yards and 5.4 yards per carry, but missed half of the season due to various injuries. However, the 2019 Grey Cup MVP was a full participant in Wednesday's practice and if he's anywhere near 100 percent, he's yet another weapon for Saskatchewan to deal with.

The Riders won four games in a row before resting many of their own starters in the final week of the regular season. They're fresh off a 33-30 overtime victory against the Stampeders in the Western semi-final.

That said, Saskatchewan is a team with several flaws. The Riders defense allowed the second-most yards per pass attempt in the league (8.8), which is bad news against a Bombers aerial attack led by quarterback Zach Collaros, who was named as a finalist for the Most Outstanding Player Award. Meanwhile, their offense struggled to make plays downfield and their offensive line looked shaky with plenty of new faces.

The Bombers don't have any weaknesses, and when this line opened at less than a touchdown, it was a gift. Even with this number moving through a key total and currently sitting at -7.5, we're not hesitating to back a Winnipeg side that is 13-4 ATS in its last 17 games as a home favorite.

Winnipeg has a high-powered offense that was leading the league with 27.9 points per game until Week 15 when they sat Collaros. That said, we don't see Saskatchewan's offense doing enough to go Over this total.

The Bombers defense was nothing short of sensational this season, holding opposing passers to just 6.4 yards per pass attempt and allowing a total of just six points in the fourth quarter until Week 15. When most teams would take the foot off the pedal late in the game with a big lead, the Bombers turned it on and destroyed foes during the final 15 minutes.

Winnipeg made a habit out of embarrassing some of the best quarterbacks in the league, including Saskatchewan's Cody Fajardo. Fajardo had issues with pass protection and connecting with his receivers on deep routes, and those problems were exacerbated against the Bombers' elite stop unit. Fajardo averaged just 190 passing yards per game while throwing four interceptions and zero touchdowns against the Bombers in Weeks 5 and 6.

As amazing as the Bombers were defensively all season, they were even better at home, where they held opponents to a pathetic 8.9 ppg.

The trends also heavily point in the direction of the Under. The Bombers are 7-1 to the Under in their last eight games against teams with a winning record, while the Riders have cashed the Under in five straight contests on the road. The last eight meetings between these rivals have also gone below the total.

Did you know that if you parlayed this week’s CFL Roughriders vs. Blue Bombers picks, you could win $26.45 on a $10 bet? 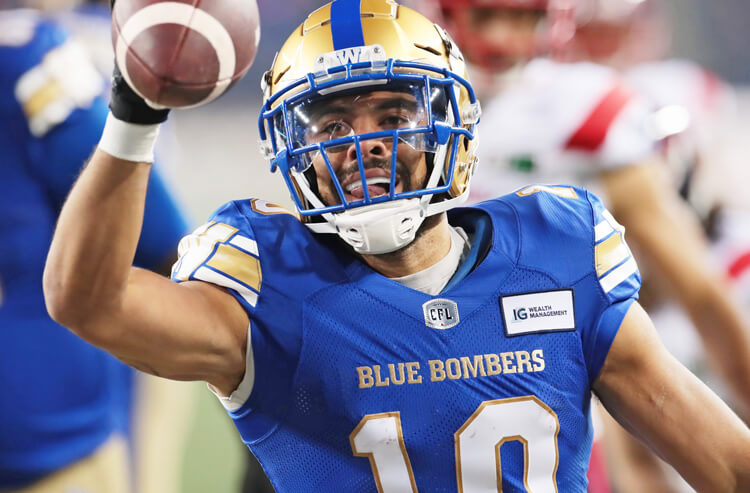