No matter who plays or what lineups are used for this preseason opener, star-studded City should have a significant edge across the pitch. Read our Man City vs. Club America betting picks to find out how to extract some value from the -400 favorites.

Reigning Premier League champions Manchester City will look to begin their abbreviated preseason tour of the United States with a victory when they square off against Liga MX side Club America in a club friendly.

Club America will be facing their second English side in less than a week, following a 2-1 defeat to Chelsea at the weekend. However, these matches come in the middle of their club season, so it remains to be seen just how strong a side they will field.

We break it all down in our Manchester City vs. Club America picks and predictions below.

If you're signing up for a new sportsbook for some Club Friendly betting, here are two of the best bonuses* available:

If the roof is open at NRG Stadium for the match on Wednesday, the heat will be a real concern. Temperatures will be in the mid to upper 90s at kickoff, and won’t drop past the low 90s even as the match rolls into the night. There is zero precipitation forecasted, and winds will not be a factor.

Everyone watching the match on Wednesday will be focused on one player more than all others. The blockbuster deal the Citizens made with Borussia Dortmund this summer sees Erling Haaland enter the squad, with the hopes of “fixing” a center forward problem that has plagued Pep Guardiola’s side since the decline of Sergio Aguero.

The prolific young striker will likely only see a half — if that much — in the match on Wednesday, with a longer stint likely coming against Bayern Munich at the weekend, but his ability makes him a threat the moment he steps onto the pitch.

The Citizens will be without defenders John Stones and Aymeric Laporte, as well as midfielders Ilkay Gundogan and Phil Foden, but it displays the depth of Manchester City’s squad that they won’t even be missed.

Fellow new signee Kalvin Phillips from Leeds will likely see his debut, and Kevin De Bruyne can take over a match at any time. Forward Julian Alvarez will likely make his debut as well, and with the likes of Riyad Mahrez and Bernardo Silva, there is firepower from all directions.

As for the Mexican side, a 2-1 loss to Chelsea on Saturday night in Las Vegas saw them find the scoresheet by way of a terrible own goal from Reece James. It was nearly enough to steal a result from a match where they were outplayed in the second half, but a brilliant Mason Mount strike from outside the box sealed their defeat.

Club America were clearly the more fit side, to be expected in a matchup against a club starting their preseason, and that will come in handy against Manchester City as they play two matches in five days.

It will be interesting to see how strong of a lineup Club America puts out. Keeper Guillermo Ochoa was subbed off against Chelsea after just a half hour, and when asked about it, manager Fernando Ortiz said it was to get him rest and to see how Oscar Jimenez would play.

He also stressed that their priority is their match against Tijuana this weekend in Liga MX play, so we could see a lot more backups in this match, with their better players seeing little time on the pitch.

As such, I love City to roll in this match even with it being their first outing of the preseason. I expect there to be plenty of rust showing up and it likely won’t be the dominant, free-flowing side we’re used to seeing in the Premier League, but there is class at every position, and players like Haaland and Phillips will be keen on making a strong first impression.

The oddsmakers have City heavily favored, so let’s get a bit creative on the match play to avoid getting squeezed by the juice. Manchester City’s backups are some of the better players in Europe, and while I expect some of their younger players to get more minutes in this one, I like Pep to do exactly what he did in their first preseason friendly last season — start a strong side with playmakers, and bring in the big guns later.

Take them to do what they did in their first two friendlies last season — to be in the lead both at the break and at full time.

With the big match against Bayern this weekend and the Community Shield against Liverpool next weekend, I do believe Pep will rest the bigger names more than he typically would for this match.

However, City has some very talented youngsters who will be dying to take advantage of the opportunity, and Pep will want to see what they’re capable of.

In City’s last two preseason tours (with 2020 skipped due to the pandemic), they’ve played seven matches in total. Only twice — in a 0-0 draw with fellow Premier League side Wolves and a 2-0 win over Preston North End last summer — did they fail to score at least three goals in a match.

Chelsea was able to find the back of the net twice at the weekend, despite creating few chances in the first half. City should easily get three in this one, and I recommend grabbing their team total Over at a fairly low price compared to the full match Over.

Manchester City had one of the best defensive units in Europe last season, and Chelsea was not heavily tested by Club America at the weekend.

In fact, it took Chelsea literally passing the ball into their own net for America to get on the scoresheet. Even with Stones and Laporte out of the side, the likes of Nathan Ake, Ruben Dias, and Kyle Walker are more than capable of handling any major threats in the final third.

With their focus being on Tijuana this weekend, it’s hard to see Club America pushing City enough to break down their stellar back line.

Pep’s comments during previous preseason tours have indicated that he’s more focused on clean sheets than blowout victories, and in their three preseason matches last season, they conceded just once in three matches.

Look for that to continue this year, and take City to win without conceding a goal. 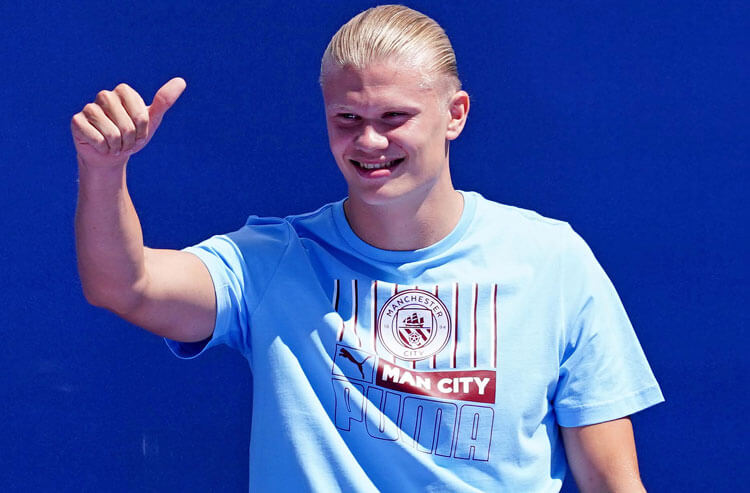