The handle for April 2022 from retail and online sports betting in the Silver State was $582.5 million, a state watchdog recently reported.

It was a mixed bag for Nevada sports betting in April as handle set a record for the month, but was down from March, according to figures from the Nevada Gaming Control Board (NGCB).

The handle for April 2022 from retail and online sports betting in the Silver State was $582.5 million, the NGCB recently reported. That was higher than April 2021, when handle was $457.8 million, making for a 28.7% year-over-year increase in wagering last month.

However, while April 2022’s handle was the highest ever for the month, it was down from March, when wagering amounted to $863.3 million. April was also the first time since August of 2021 that the state’s handle was less than $700 million.

At first glance, a 32.5% drop month-to-month in handle could be alarming, but there are a couple of factors for the decrease in legal sports betting.

The first is the absence of football and college basketball. March Madness is one of the most heavily wagered events on the sports calendar. The NGCB doesn’t separate professional from college basketball in its handle figures, but sportsbooks took in $708 million in wagers in March, compared to $247 million in April.

Football ended up costing sportsbooks in April. Betting on the USFL has not been lucrative and people are still coming in to collect NFL and college football playoff wagers and futures bets. The books reported a loss of $4.1 million on the sport.

Spring sports don’t generate the wager amounts of football and college basketball either. Nevada bookmakers took $187.7 million in bets on baseball during April. Hockey pulled in $62 million, while the handle for other sports, including auto racing, mixed martial arts, and golf, was $82 million.

New York is the clubhouse leader in April handle in the United States at $1.4 billion. New Jersey bookmakers took $926.9 million in wages as well for the month. Still, Nevada’s $582.5 million was just ahead of Pennsylvania, which reported $572.8 million in wagering for April.

Furthermore, Las Vegas, which represents a majority of gambling in the state, saw the number of visitors to Sin City increase. In April, there were approximately 3.4 million visitors to Vegas, a 31.4% increase from the same period last year, and just 4.4% less than pre-pandemic April 2019. 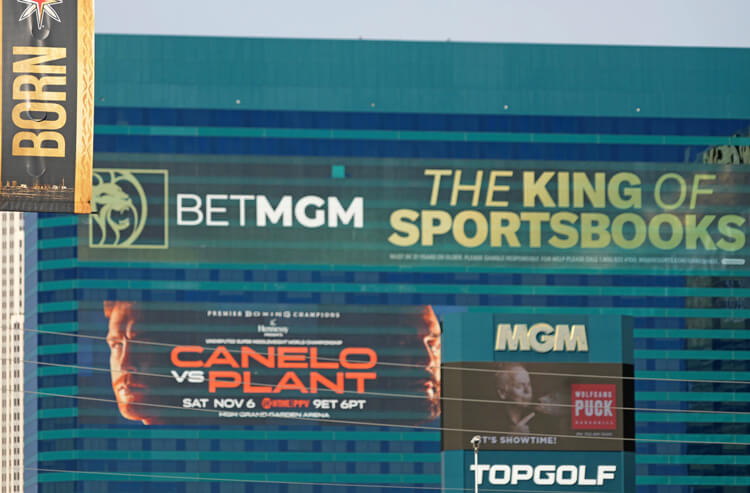