With Federer and Djokovic out of the mix, the race to 21 major titles is very much in Nadal's hands. His chase continues with a tough semi-final matchup against Matteo Berrettini. Get the breakdown of the matchup, the best bet, and more below.

Berrettini has displayed great consistency, reaching the quarter-finals or better at every major. However, certain weaknesses will probably prevent him from winning one.

Nadal fought the heat and a stomach issue to scrape past Denis Shapovalov in five sets in the quarter-finals, and an extra day's rest before Friday's semi-final could be crucial.

Nadal has struggled more at night in Melbourne in recent years as the ball doesn’t kick up off the court as much so scheduling/weather will once again be worth noting.

Nadal’s loopy top-spin forehand kicks into Berrettini’s backhand. Even in cooler conditions, this pattern of play hurts the Italian who prefers to slice his backhand.

Berrettini produced a serving clinic against Carreno Busta and he will need a repeat performance against Nadal.

Nadal was fortunate to emerge from his quarter-final. If he's fully fit, he should prove a very difficult matchup for the Italian. If certain areas of his game aren't firing, he could be vulnerable. This matchup is on the Spaniard's racquet. 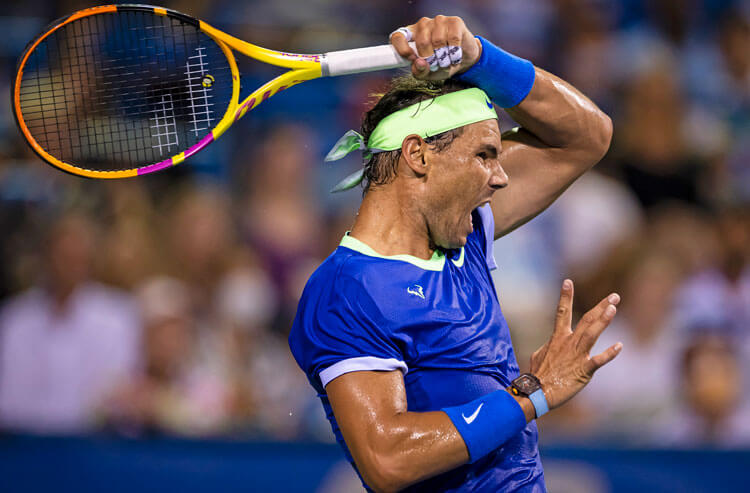