Artemi Panarin scored a power-play goal with 15:14 remaining in overtime and the host New York Rangers outlasted the Pittsburgh Penguins 4-3 Sunday night in Game 7 of their Eastern Conference first-round series.

With 17:05 remaining, Pittsburgh's Brock McGinn was called for holding on K'Andre Miller after losing the puck to the defenseman.

As time wound down on the man advantage, Panarin got a cross-ice pass from defenseman Adam Fox and lifted a wrist shot from the upper part of the left circle past goalie Tristan Jarry's glove.

Panarin's second career overtime playoff goal sent the Rangers into the second round against the Carolina Hurricanes.

The Rangers won the final three games after being down 3-1, marking their third comeback in team history from such a deficit and second against the Penguins. New York also became the first team in playoff history to record three straight comeback wins in elimination games within the same series.

Mika Zibanejad scored the tying goal with 5:45 in regulation and won a faceoff from Teddy Blueger that ultimately led to Panarin's game-winner.

Evan Rodrigues scored a shorthanded goal and Jake Guentzel and Danton Heinen scored power-play goals for Pittsburgh, which got Sidney Crosby back from an upper body injury.

Jarry made 26 saves in his return from a broken foot.

After Rodrigues flipped a backhander over Shesterkin with 2:36 remaining in the second, Zibanejad forged a 3-3 tie when his wrist shot from near the right faceoff circle sailed over Jarry's shoulder. It came after Andrew Copp kept the puck alive in the right corner.

The teams traded goals in a span of 65 seconds midway through the second. Guentzel gave the Penguins a 2-1 lead with 9:42 remaining when he batted the puck over Shesterkin after corralling the rebound of Bryan Rust's shot at the right doorstep. Guentzel was originally credited with a goal and following a lengthy review with replay officials in Toronto, the call stood.

New York tied the game with 8:37 remaining when Miller's blast from the right point caromed off Pittsburgh defenseman Mike Matheson's stick and into the net.

Chris Kreider opened the scoring 7:36 in when he finished off a 2-on-1 with Zibanejad by lifting a slap shot from the right side over Jarry moments after New York defenseman Braden Schneider forced a neutral zone turnover.

The Penguins tied the game with 69 seconds left in the first when Heinen chipped the puck from the left side across the goal line. It came just before Fox could sweep the puck away after Jeff Carter's pass deflected off Ryan Lindgren's stick. 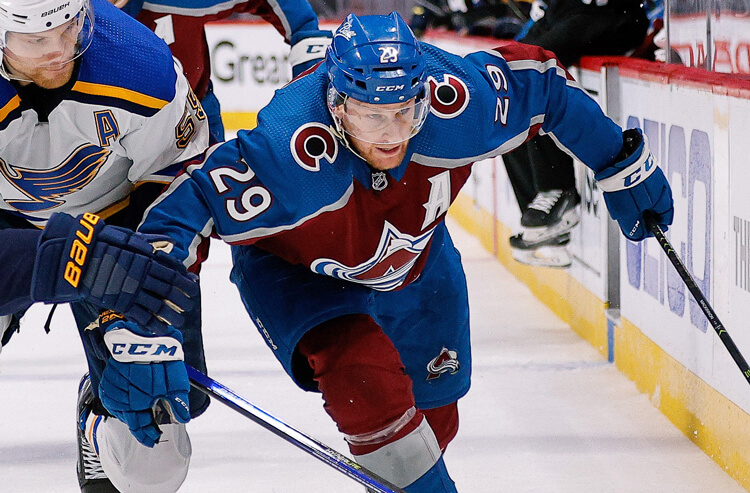 Avalanche vs Blues Game 6 Picks and Predictions: Avalanche of Goals Buries St. Louis
About Us
Contact Us
Careers
Our Team
Brand
Testimonials