Ryan Tannehill threw for a touchdown and ran for another in an early offensive surge, and the Tennessee Titans stopped the visiting Las Vegas Raiders on a potential game-tying, two-point conversion attempt in the final two minutes for a 24-22 victory Sunday.

Tannehill passed for 264 yards and Derrick Henry ran for 85 for the Titans (1-2), who built a 24-10 halftime lead and held on despite not scoring in the second half.

Raiders quarterback Derek Carr hit Mack Hollins for a 9-yard TD pass on fourth down with 1:14 remaining to get the Raiders (0-3) within two points. But Carr's two-point pass intended for Darren Waller was deflected to the ground, assuring Tennessee's first win of the season.

Carr finished 26 of 44 for 303 yards and two touchdowns, with one interception. After finding Davante Adams for an early score, his favorite target became Hollins, who had a clutch 48-yard reception on Las Vegas' final possession en route to an eight-catch, 158-yard day.

The Raiders' Daniel Carlson connected on 32- and 35-yard field goals for the only other scoring of the second half.

The Titans scored touchdowns on their first three possessions. Henry plunged in from a yard out in between a Tannehill 2-yard toss to Geoff Swaim and the quarterback's own 1-yard sneak in the second quarter for a 21-10 lead.

The Raiders countered with scores the first two times they had the ball, including a 5-yard pass in the second quarter from Carr to Adams.

But Las Vegas had to settle for a 21-yard field goal from Carlson for its only other scoring of the half, points that the Titans offset when Randy Bullock nailed a 48-yard field goal on the final play before halftime for a 24-10 lead.

Tannehill finished with the one TD pass and one interception. Titans wide receiver Robert Woods had four catches for 85 yards, while Henry had five catches for 58 yards.

Tannehill had 195 passing yards and Henry 64 rushing yards in the first half, when the Titans charged through the Las Vegas defense for 275 total yards.

With Josh Jacobs chipping in with a team-high 66 yards on the ground, Las Vegas wound up with a 396-361 edge in total yards. 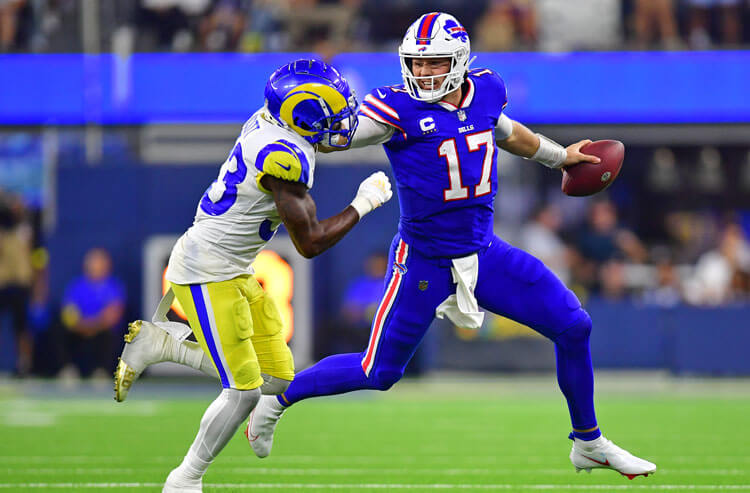