Brady Cook passed for 242 yards and a touchdown and ran for 138 yards and a score as Missouri defeated Arkansas 29-27 Friday in Columbia, Mo.

The Tigers struck first with a 40-yard field goal by Harrison Mevis 5:26 into the game. Cook's 27-yard run sparked the 46-yard scoring drive.

The Razorbacks responded with a 75-yard touchdown drive to move ahead 7-3. Jefferson completed a 37-yard pass to Matt Landers to get Arkansas rolling and he capped the series with 3-yard TD run.

The Tigers countered with their own 75-yard march to take a 10-7 lead. The key play was Cook's 27-yard pass to Lovett and the finish came on Cody Schrader's 3-yard touchdown run.

Cook's 55-yard pass to Lovett set up the quarterback's 9-yard touchdown run as Missouri expanded its lead to 17-7 to open the second quarter.

Arkansas cut its deficit to 17-14 with Jefferson's 27-yard TD pass to Landers.

But the Razorbacks countered with another 75-yard touchdown drive to take a 21-10 lead. This time, Jefferson hit Raheim Sanders with an 8-yard touchdown pass.

Missouri scored on its first second-half possession on Cook's 23-yard touchdown pass to Luther Burden III. The Tigers settled for a 26-21 lead when their 2-point conversion attempt failed.

The Tigers' defense held firm from there, forcing two three-and-outs and a fumble on the Razorbacks' last-ditch final play. 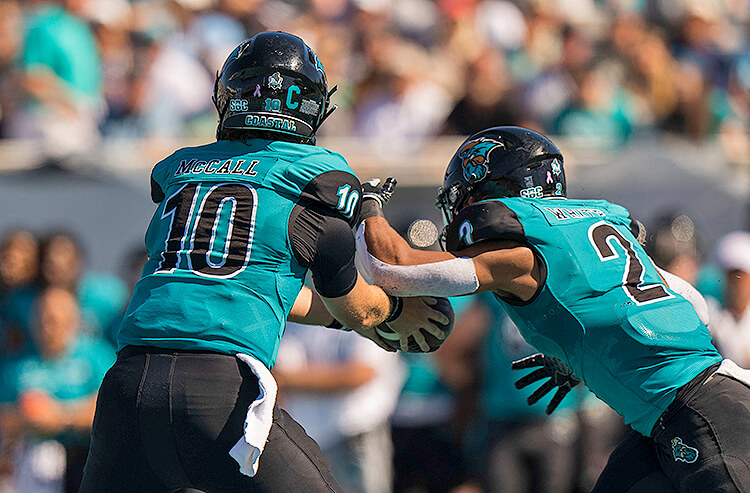