A late penalty from Gareth Bale salvaged a point for Wales against the USMNT and they now have a superb chance at three points vs. Iran. Our World Cup betting picks break down the side and total for this Group B clash.

Friday will feature a pair of teams fighting for their tournament lives, as Wales and Iran square off in Group B action at the World Cup. The Welsh will be desperate to get a win and the crucial three points that comes with it ahead of a difficult match against England.

Meanwhile, Iran know a second defeat in as many matches could make it impossible to advance from the group stage and World Cup odds suggest they're heavy underdogs.

It’s all to play for with two teams both needing a win, and we break it down in our Wales vs. Iran World Cup picks and predictions for Friday, November 25.

Wales vs Iran picks and predictions

With Wales in need of a goal and time running out, Gareth Bale did what he does best and rose to the occasion. Monday’s 1-1 draw with the United States saw their captain win, and then bury, an 82nd-minute penalty to secure a share of the spoils. The goal came on Bale’s only shot of the match, on a day where he had the second-fewest touches of any starter for Wales.

The only player with fewer touches was forward Daniel James. He was replaced at halftime by striker Kieffer Moore, whose introduction changed the tone of the match. Wales went from being unable to build up an attack, to laying siege to the United States’ defensive area at points.

Wales did limit the United States to just three shots on goal, despite the Americans having two-thirds possession on the day. Manager Robert Page will rue some of the chances his side missed, as they easily could’ve taken all three points.

One team that didn’t waste chances was Iran, but that’s because they really didn’t have many of them. They were overrun by England in a 6-2 defeat, but they did convert two of their three attempts on goal, including a last-minute penalty.

In their defense, Iran suffered a huge blow just 20 minutes into the match when starting keeper Ali Beiranvand was lost to a head injury. He will be out again for this match as he is in concussion protocol, and Iran will have to adjust to not having his leadership in the back.

They will take solace in the fact that despite how bad things got against England, they fought until the end. Wales don’t have the firepower that the Three Lions possess, and it’s unlikely the Welsh will match the nearly 5:1 advantage that England had over Iran in completed passes.

What the Welsh will have is a better defensive structure, with their 3-4-3 formation providing plenty of cover at the back against Iran’s pacey counter-attack. They also have a player in Moore who can be a focal point, much the way Harry Kane was on Monday as he assisted two goals.

Iran will be desperate to win this match, which should allow Wales to hit them on the counter. Bale’s legs may not possess the speed they once did, but with Moore occupying space and defenders it should enable him to find space to operate and create.

Give me the better team, with the better players, getting positive odds to win the match against an Iran side that simply won’t win the midfield battle.

Wales vs Iran side analysis

Wales have actually gone six matches without a win and have lost four of those six matches, including defeats in Nations League action this summer. However, all four of those defeats came against teams playing in the World Cup.

Iran have won just two of their last five matches, although one of those was a 1-0 friendly win over Uruguay in September. Their loss to England was their first defeat in four matches.

The market views Wales as the favorite but also views a draw as much more likely than an Iran victory. For those willing to back the underdog, though, you’re going to get nearly three times your stake should it come to fruition.

For those who like betting trends, the Under is going to be very attractive to you, but it’s also juiced right now. In fact, you’ll need to look at the Asian handicap markets if you want anything near even odds for an Under, with Under 2.25 even being in the -135 range at most books.

As for Iran, their 6-2 loss to England was the first time in four matches that more than two goals were scored. Iran’s seen two or fewer goals scored in seven of their last nine matches. 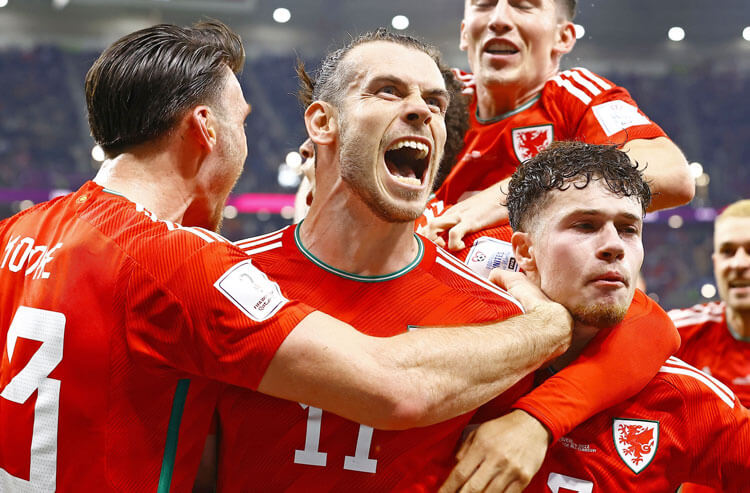