The Golden Boot race is about to heat up, with the knockout stages set. Five players ended the group stage with three goals and four — Kylian Mbappe, Alvaro Morata, Marcus Rashford, and Cody Gakpo — mark the top of Golden Boot odds.

The 2022 FIFA World Cup has reached the halfway mark, with the group stage completed on Friday.

Though Richarlison wasn't on the scoresheet for a heavily rotated Brazil squad, he remains among the favorites on the World Cup odds board to win the Golden Boot, buoyed by a two-goal opener and his presence atop Brazil's attack.

Looking to bet on some 2022 World Cup action? Here are two of the best bonuses* available:

*Eligible USA locations only. Also, check out our full list of best sportsbook promotions for 2022.

In the 2018 World Cup, Mbappe became the youngest French player to score in the history of the tournament and walked away with the Best Young Player Award for his total of four goals as France ended up winning it all.

As well as Mbappe performed in 2018, he could be even better this time around. Mbappe finished off France's 4-1 win and provided an assist in a relentless showing, then scored a brace vs. Denmark to help France secure progression.

It wasn't straightforward but Argentina successfully rebounded from their loss to Saudi Arabia with a 2-0 win over Mexico. Lionel Messi opened the scoring with a great strike from outside the penalty area to give him two goals in as many games, however, he was unable to make it three-in-three against Poland as he was denied from the penalty spot.

The Brazilian No. 9 stole the show in Brazil's opener, putting away a rebound to open the scoring before an outstanding scissor kick sealed a 2-0 win. Richarlison was unable to net a goal in their 1-0 win over Switzerland or their 1-0 loss to Cameroon but he should have a lot of World Cup play left for favorites Brazil.

France's Kylian Mbappe is the favorite at +275.

The Portugal star has +4,000 odds to win the Golden Boot.

The Argentine superstar has +600 odds to win the Golden Boot. 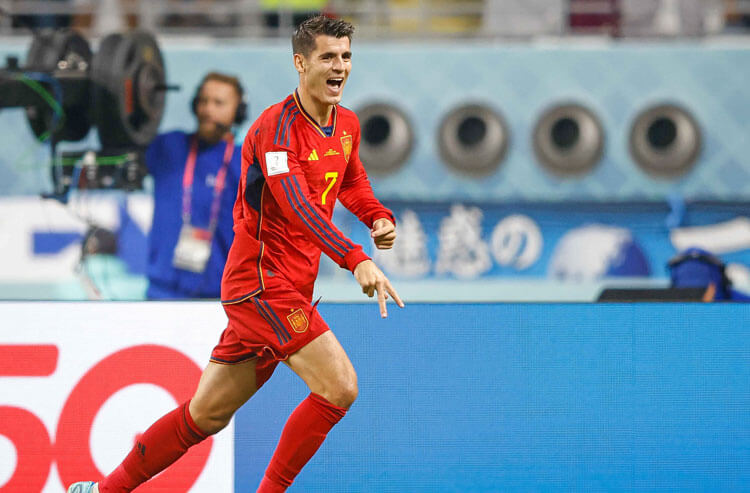