The Netherlands and Ecuador left the first matchday with three points apiece and now Group A supremacy is on the line. Our World Cup picks make the case for a surprising result in matchday two for Group A.

The two victors from Matchday 1 in Group A will clash as the second round of games in the group stage begins with the Netherlands and Ecuador on Friday.

Ecuador helped get the World Cup underway and spoiled Qatar's moment, handling the hosts with ease in a 2-0 win. While the Netherlands were 2-0 winners as well, it was considerably less straightforward with a pair of late goals against Senegal.

Despite the Dutch performance, they are the World Cup odds favorite in this pivotal Group A game. We break down the sides with our Netherlands vs. Ecuador World Cup picks and predictions.

Netherlands vs Ecuador picks and predictions

It is perhaps with a respectful nod to the Netherlands, and their pre-tournament status as Group A favorites, that they are favored here. Based on what we have seen in 90 minutes apiece from the Netherlands and Ecuador, that status is not just, and I expect Ecuador to get something out of this game.

La Tri entered the World Cup with expectations after a highly impressive qualifying campaign. In the relentlessly competitive CONEMBOL qualifying they managed to secure an automatic berth for Qatar and ended the 18-match gauntlet with positive differentials in shots, expected goals, goals, and possession, and impressively held both Brazil and Argentina to draws.

That promise was delivered against a Qatar team made to look very ordinary. Ecuador looked like a threat to break Qatar down at any moment and could have quite easily ended with twice as many goals as they did.

Just as impressive, however, was their security at the back. Qatar's pre-World Cup success came on the back of an uncompromising, expansive, attacking style. That was nowhere to be found on Sunday, with Ecuador limiting the hosts to 0.3 xG and no shots on target.

The comprehensiveness of Ecuador's performance was a far cry from what we saw out of the Netherlands. Despite facing a Senegal team that had the equivalent of having their heart ripped out pre-tournament, with captain and talisman Sadio Mane ruled out, the Netherlands were deeply underwhelming.

A delightful whipped ball from Frenkie de Jong and a perfect glancing header from Cody Gakpo, and then yet another error from Edouard Mendy, were really all that separated the two.

The narrow margin of the Netherlands' opener showed through. Senegal out-created the Dutch in xG, 0.9 to 0.7, had more shots on target (4-3) and shot-creating actions (27-19), and had the most dangerous attacker in winger Ismaila Sarr.

Other than a strong showing in a Nations League played under odd circumstances, there wasn't much reason to favor the Netherlands over Ecuador pre-tournament and even less so now that the group stage is underway. Ecuador should be expected to take at least a point and a win is far from out of the question.

A) Get a 76% profit boost on any 3+ leg World Cup same-game parlay today at DraftKings! Bet Now

Netherlands vs Ecuador side analysis

These sides are a lot closer than the 3-way moneyline suggests and as such, the Ecuador double chance pick is the only one I'd feel comfortable playing.

The Ecuadorians avoided a scare with Enner Valencia, as their captain and record goalscorer came off injured vs. Qatar but every indication is he'll be ready for Friday. Though this matchup is too big to look ahead, it wouldn't be surprising to see Moises Caicedo get an early hook in the base of midfield, as he's already on a yellow card.

For the Netherlands, the decision to play Cody Gakpo through the middle was inspired but the play from Vincent Janssen was not. The striker was downright terrible and is sure to be replaced in the starting 11, whether it's by Luuk de Jong or Memphis.

At +100 to the Over and -125 to the Under on a 2.5-goal total, it's a tricky market to pick. Ecuador's defensive stability is the truth but Caicedo's importance in destroying attacks is massive. On a yellow, he may need to be more cautious against the counter and the Netherlands could benefit as a result — especially if Memphis joins Gakpo and Steven Bergwijn to give the Dutch a fluid and rapid front three.

However, for their part, it's difficult to trust the Netherlands in their own half. They have been consistently exposed defensively under Louis van Gaal and their three centerbacks didn't look entirely cohesive against Senegal, despite the individual talent of all three.

If anything, I would be inclined to play both teams to score (-105 at PointsBet) as opposed to either side of the Over/Under. 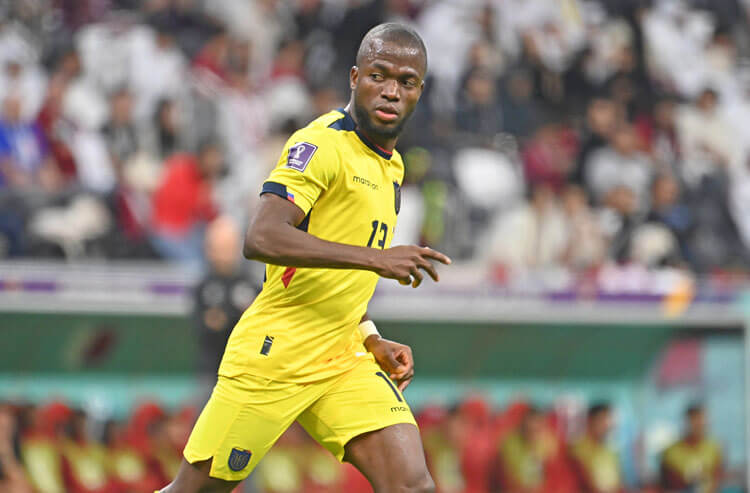