Harry Kane took home his first-ever Golden Boot award after his performance in the 2018 FIFA World Cup. Can the England striker do it again? Find out more in our breakdown of the 2022 Golden Boot odds.

The 2022 FIFA World Cup is scheduled to begin this fall and with the results of the draw finalized, more odds have been listed as matchups have been set.

One of them is the prestigious Golden Boot Award, awarded to the top goalscorer in the tournament.

Harry Kane took home the award in 2018, scoring six goals for England in Russia, leading his team to a fourth-place finish. Can the Tottenham star do it again — or will there be a new winner?

Find out in our full 2022 FIFA World Cup Golden Boot odds breakdown below.

In 69 games with the Three Lions, Harry Kane has been able to score 49 goals. The 28-year-old striker is only four goals back of Wayne Rooney to tie him for the most goals in Enaldn World Cup history at 53.

Kane is currently on 12 goals in the Premier League this year, after a slow start. With the way Kane is performing, there's no reason the London native can't break Rooney's record or match his own six goals in the 2018 World Cup that awarded him his first-ever Golden Boot.

Mbappe is only 23 years old but it feels like he's been around forever now. The PSG star has 22 goals in 31 games this season in Ligue 1, and will be the go-to player on a France team in November that is looking to repeat as champions.

In the 2018 World Cup, Mbappe became the youngest French player to score in the history of the tournament and ended up winning the Best Young Player Award for his total of four goals as France ended up winning it all.

As good as Mbappe performed in 2018, he could be even better this time around.

Even at age 37, Ronaldo still finds himself near the top of the odds board for this award. He has scored 115 goals in 186 total national team appearances with his home country and is still producing in his return to Man United.

Ronaldo's chances for the Golden Boot this fall will basically depend on how far Portugal makes it. Currently, Ronaldo & Co. are listed at +1,200 to win the tournament, while Kane and Mgappe's respective countries are both listed at +550.

England's Harry Kane is the favorite at +700, followed by France's Kylian Mbappe at +800.

The Portugal star is third on the Golden Boot odds board at +1,200. 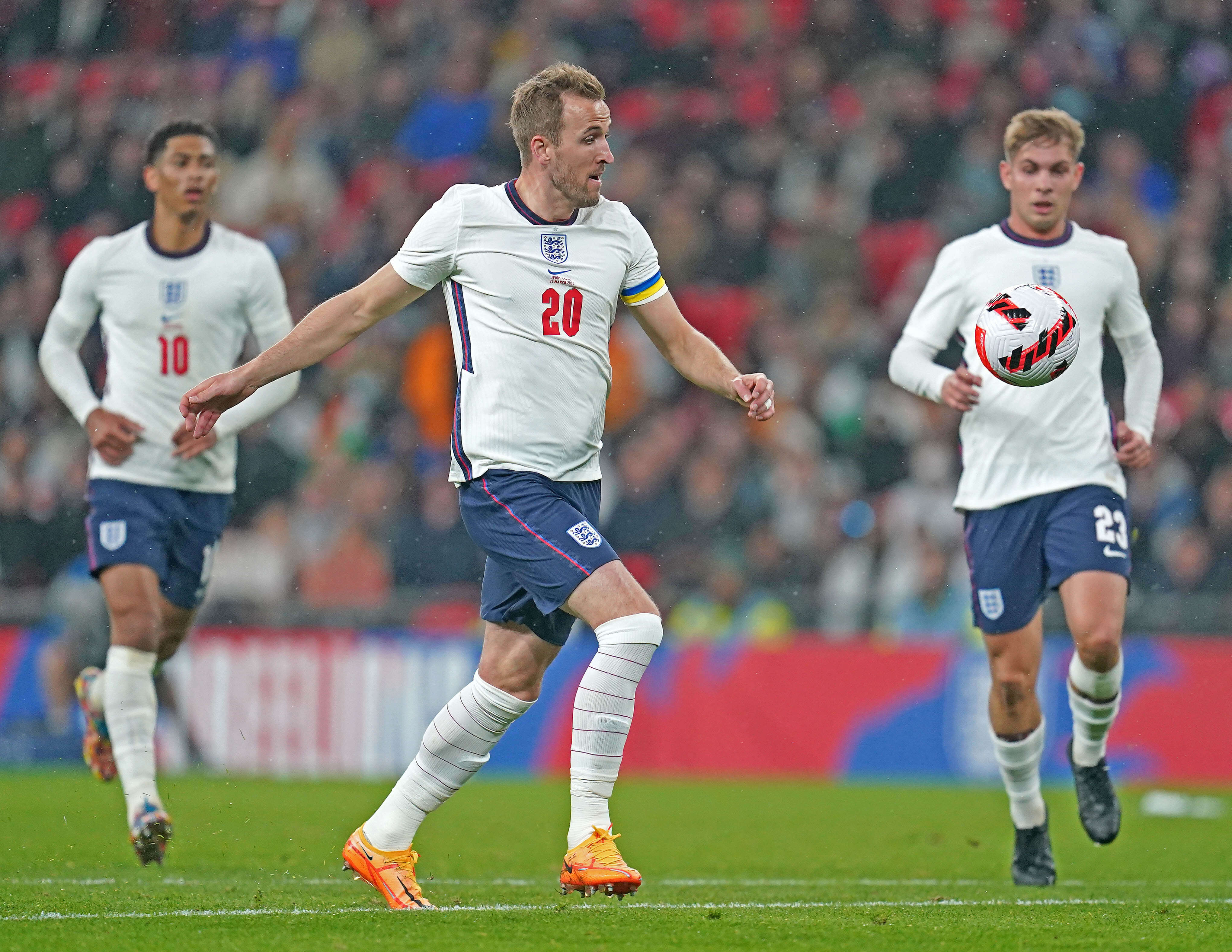