Europa League odds favorites have fallen repeatedly, so it's only right the final in Sevilla features a matchup nobody expected. It's Eintracht Frankfurt vs. Rangers with a Champions League spot on the line — find the latest odds to win the Europa League.

Europa League betting is nearly at its conclusion for this year's competition, as the final in Sevilla is set.

Eintracht Frankfurt followed their amazing upset over Barcelona by taking out the last remaining English team, handling West Ham with ease over two legs. in stunning fashion. They'll meet Scottish giants Rangers, who upset Dortmund early in the knockout stages and took out then-favorites RB Leipzig in the semifinals to set up a final against Frankfurt.

Find out who is the Europa League odds favorite for the final in Sevilla on May 18 below.

Live odds below courtesy of bet365 are current within a five-minute delay.

Opening as +3,300 longshots, Eintracht Frankfurt pulled off an incredible upset against Barcelona, defeating the then-tournament favorites 4-3 on aggregate. They took a 2-1 first-leg advantage over West Ham in the semifinals back to Germany and an early red card for the Hammers put the tie to bed, as Frankfurt advanced to the final. After seeing off arguably the competition's two strongest teams, Eintracht Frankfurt are favored against Rangers.

Rangers surprised many to make it this far but they remain the tournament underdogs. The Glaswegian club went away to Germany twice in the knockout stages, first eliminating Borussia Dortmund and then RB Leipzig. A third German club is ahead for Rangers, this time in the final at Sevilla. This amazing story has one more chapter to be written but for a happy ending, Rangers will need to upset the favored Frankfurt.

What is the Europa League?

To get ahead of the pack there are a few trends that may help you when choosing your Europa League winner:

These odds are constantly adjusted throughout the summer as players get hurt, suspended or transfer. Once the season begins, title odds will change as teams win and lose games and as more players get hurt or are suspended. Sportsbooks will also adjust the Europa League odds based on handle and liability to certain teams.

This means that on a $100 bet, you'll stand to win $250 if Lyon wins the Europa League. If it's close to the end of the tournament you might see that a team is has a minus sign (-) ahead of its odds.

This means that you would need to bet $120 to win $100 on a Sevilla championship.

Above we have posted the American odds for the Europa League. However, these are easy to convert to decimal odds or fractional odds with our odds converter tool.

La Liga's Sevilla are far-and-away the tournament's most successful team, with their six titles twice as many as the next closest teams. They have also won four of the last eight Europa Leagues.

For strong European teams traditionally a step below the elite, such as Sevilla, it has always been important. However, the stakes have become even higher in recent years, with the winner earning an automatic berth into the following year's Champions League.

The qualifying round takes place in the late summer, with the group stage following from September to December. The knockout stage then runs from February until the final in May. 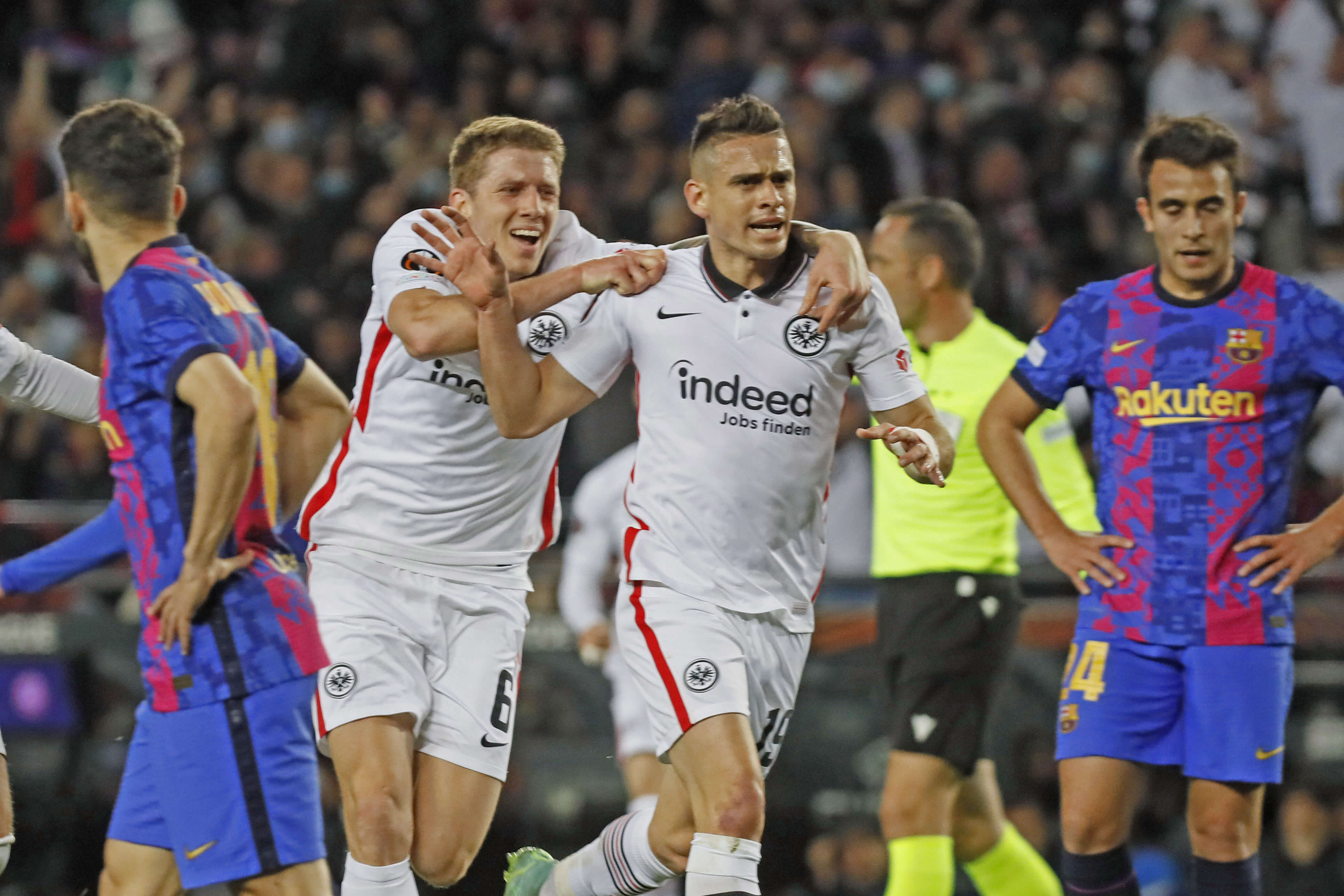 Europa League Futures Odds: Frankfurt in Control Ahead of Second Leg
Provided by

MLS Cup Odds: NYCFC Stands Above All
Kyle LaRusic | May 24, 2022
About Us
Contact Us
Careers
Our Team
Brand
Testimonials