The New York Red Bulls are heavy underdogs in Saturday's friendly against Barcelona. We like Barca to control the pace the entire game and lead at both the half and by end of the game. Find out more in our New York Red Bulls vs. Barcelona betting picks.

Spanish giants FC Barcelona will finish up their preseason tour of the United States on Saturday evening, as they travel to the Big Apple for a matchup with MLS side New York Red Bulls.

The 26-time La Liga champions are unbeaten in the preseason, coming off a 2-2 draw in a friendly against Juventus, while the hosts are licking their wounds after a 5-1 thrashing by Orlando eliminated them from the US Open Cup in midweek.

American fullback Sergino Dest is expected to feature for the Catalans, while superstar striker Robert Lewandowski seeks to score his first goal since joining the club. Meanwhile, the Red Bulls will have to balance entertaining their fans with preparing for a match against Colorado in just a few days' time as they seek to stay near the top of the Eastern Conference.

Let’s break down the best wagers in our New York Red Bulls vs. FC Barcelona picks and predictions for Saturday, July 30.

If you're signing up for a new sportsbook for some Club Friendly betting, here are two of the best bonuses* available:

As both teams take the pitch, the skies will be sunny on Saturday evening, with temperatures in the low 80s and low humidity forecasted. There will be no precipitation, and winds will not be strong enough to play a factor in the match.

For the past 15 years playing against Barcelona as a left back was one of the most feared spots in European football. Lionel Messi terrorized that position relentlessly, causing many opposing players to lose valuable sleep the night before. With his departure, it became a bit of a revolving door last season as multiple players failed to fill his boots.

This preseason has given the side plenty of hope that the position will be a real strength again. Following the terrific introduction of new signing Raphinha in their first two American pre-season friendlies (where he scored and assisted in each), Ousmane Dembele started against Juventus this week and scored a pair of brilliant solo goals in their 2-2 draw.

New York saw their hopes of winning the US Open Cup obliterated on Wednesday night when they were thoroughly dismantled by Orlando City. Despite fielding a nearly first-choice starting XI, the Lions scored five straight goals after conceding a first-half stoppage time opener to the Red Bulls.

Their lead did not even last until the halftime whistle, as they conceded minutes later. Two minutes after the intermission, a goal started the landslide as the Red Bulls capitulated down the stretch.

Red Bull Arena will be a welcome sight for the side, which has struggled over the past month. They have just one win in their last four overall in all competitions, as they held on for a critical 4-3 win over Austin FC on the road last weekend.

Their run of form has seen them fall from the top of the Eastern Conference standings, with their loss to NYCFC two weeks ago a key reason they’ve slid six points behind their cross-town rivals in the standings.

Barcelona are taking this preseason very seriously, but they also rested some key players midweek against Juventus. Pedri will likely return to the midfield, and Ronald Araujo should strengthen the defense that was pipped twice by Moise Kean.

Dest will likely start after Sergi Roberto had to be taken off in the first half against Juventus with injury and will provide a strong attacking duo no matter who starts in front of him on the right flank.

Given the beating they took Wednesday night and their next MLS match on Tuesday, I don’t expect New York to have their best formation out there from the start. Most likely, players like Luquinhas will feature in the final 20 to 30 minutes, meaning the Spanish side will have a terrific chance to lead at the break against a Red Bulls side that has scored just three goals at home in 10 MLS matches this season.

I will preface this right away by saying I would not bet the total on this match. Unfortunately, the betting markets and wager availability are quite low, which makes sense given the one-sided nature of this match-up.

As such, the only total-related play on the board is the match total of 2.5 goals, and the juice on the Over is quite substantial. That said, if you are playing the total, the Over is probably the way to go.

It might be tempting to play the Under with the strong payout, but Barcelona put six goals past Inter Miami. Aside from their rivalry match with Real Madrid, their matches this preseason have been open and free-flowing.

Throw in that the Red Bulls have conceded eight goals in the past week while scoring five of their own, and I'd lean towards the Over as a wager.

New York have scored just three goals at home before halftime in 10 MLS matches this season. It’s important to remember those matches were against similar or lesser opposition, and they had their full-strength lineup the majority of the time.

Your best bet on Saturday is to take the Catalan powerhouse to lead at both halftime and full time in what should be another easy win over an MLS side. 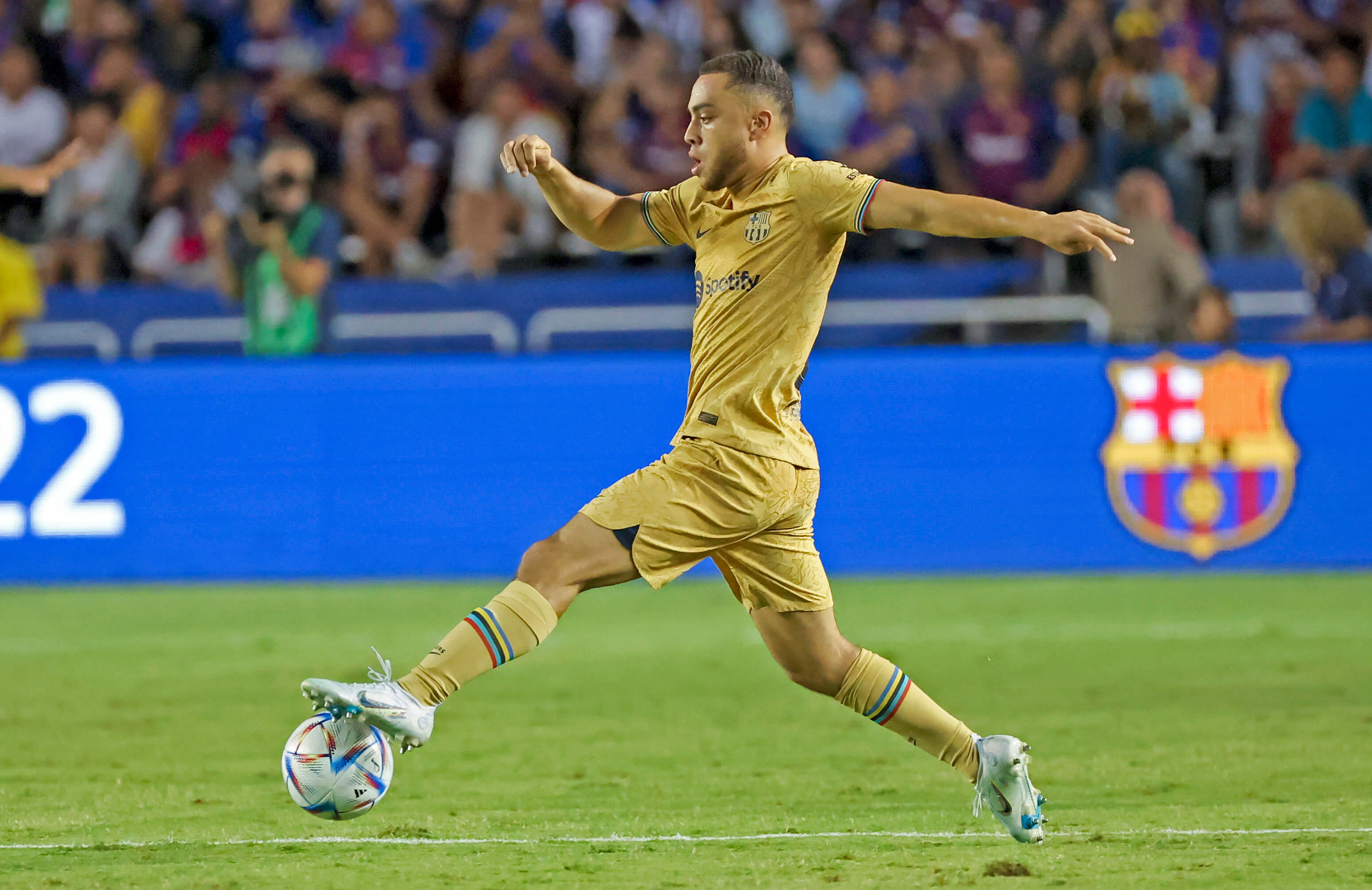 New York Red Bulls vs Barcelona Club Friendly Picks and Predictions: Red Bulls are No Match for Barca
Provided by