With Club America in a pretty dramatic freefall and nearing the firing of their manager, our Leagues Cup betting picks are all in on LAFC. The American side's best players won't be suiting up for 90 minutes — but they won't need to given the gap in talent.

LAFC and Club America will be squaring off in a late-night match in a battle of MLS and Liga MX Wednesday night.

The leaders in the Western Conference standings, LAFC will likely see their starters get a bit of time before resting as they look ahead to a trip to Salt Lake this weekend.

Meanwhile, Club America are in a slump at the moment that could see their manager fired, making it less likely they will go all-out in this one.

Let’s see where the value lies in our LAFC vs. Club America picks and predictions for Wednesday, August 3.

If you're signing up for a new sportsbook for some Leagues Cup betting, here are two of the best bonuses* available:

Temperatures at kickoff will be in the mid-80s, but with the match being played indoors at SoFi Stadium, the weather will have no impact on the proceedings.

It’s been more than a month since LAFC last tasted defeat, having won each of their last four matches. They’ve outscored their opponents 9-4 in that span, solidifying their spot atop the Western Conference in the process.

They hold a four-point edge over Austin FC with a match in hand, with a visit to Salt Lake this weekend being their primary focus as both teams are in the thick of the playoff race.

The addition of Giorgio Chiellini has been a boon on the defensive end, as the side has conceded just two goals in his three matches — one of those an own goal. Gareth Bale has also played well in his three substitute appearances, with a goal against Sporting KC opening his tally. Both will likely see action on Wednesday night, although it’s unlikely to be more than a half.

As for the visitors, while the decision to participate in a series of mid-season friendlies makes sense from a financial point of view, it has to be frustrating for the fans and players. Some reports state that the side has registered more than 10,000 miles of flights over the past 17 days, all to play in four different friendlies sandwiched around Liga MX regular season matches.

The performance of the club has manager Fernando Ortiz on the hot seat, in large part due to having a rough start after a poor finish to the previous Liga MX campaign. After winning just one of their last five matches to end the season, they’ve opened the new season with three defeats against one draw and one victory in Liga MX play.

When you add in the two defeats and a draw in their three previous friendlies, Ortiz has walked off the pitch a winner just twice in their last 13 outings. Over their last five matches in total, he’s lost four and drawn one.

It became clear this week that Ortiz will be prioritizing league play over this friendly when he sent five players back to Mexico for training, many of them starters. Sitting fourth from the bottom in the league table, the team hasn’t been very good as it is, and will now be weaker against an LAFC side that has thrived at home this season.

While LAFC are likely to rest many of their key players, a few cameos could go a long way towards a result.

No matter how long they play, LAFC’s big guns will be too much for Club America to handle. The likes of Bale and Carlos Vela are going to cause problems for a side that will be without multiple defenders — who are being replaced on the roster by a pair of U20 players — and are simply not in good form at the moment.

Look for LAFC to put on a show for their fans, especially with the knowledge that they’ll need to one-up rivals LA Galaxy, and claim victory on the night.

LAFC have scored multiple goals in each of the four matches in their current win streak. They’ve also seen at least three goals scored in three of those contests, including their 2-1 win over Seattle at the weekend.

Their 44 goals scored are second-most in the league, just three behind Austin with one match fewer played, and just once in their last seven outings have they not scored at least twice.

Club America’s three friendlies over the past few weeks have seen their opponents each score twice, and all three have seen at least three goals put up on the board.

When you include their Liga MX matches, five of their last seven have also gone Over the standard goal total — and six have seen their opponent score multiple times.

If I could get a team total for LAFC, I’d hammer the Over, but since the lines are limited for this one, the match total will simply have to suffice here.

The last time these two sides faced off, LAFC trailed 1-0 at halftime and had a player sent off — and still won 3-1 as they eliminated Club America from the CONCACAF Champions League.

While it was two years ago, the gulf in class has seemingly only grown in that time period. Vela scored twice in two minutes to put them ahead and showed how quickly he could turn a match on its head.

Picking the best play in a friendly is quite difficult, so in situations like this, I go with what we’re most likely to see. America’s defense is quite poor at the moment, and LAFC is scoring goals for fun.

That said, I’ve expected America to get shut out by the big guns in their pre-season friendlies — and I’ve been wrong every time. I’m not going to make that same mistake again.

Both teams will likely score in this one, with LAFC doing so multiple times. That makes the Over the best available play on the board. 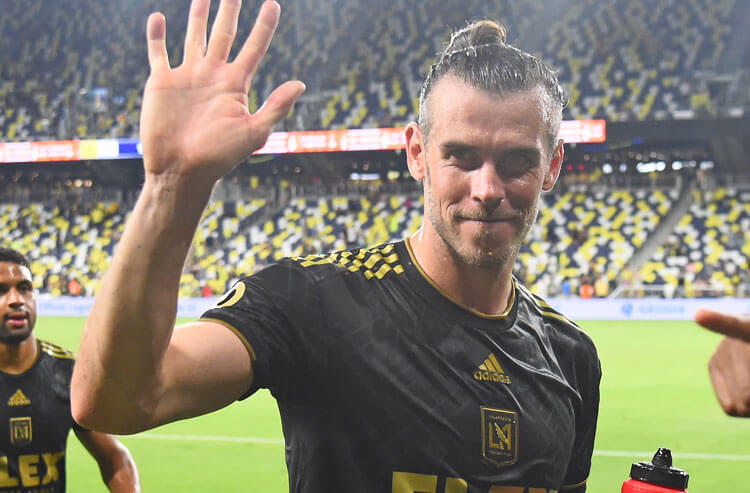