Inter Milan's quest for back-to-back Italian titles still poses a serious challenge with cross-town rivals AC Milan now in control of their own destiny. Get the latest in a competitive Serie A odds board below.

The 2021-22 Serie A season is winding down and the title race is down to last year's first- and second-place finishers. Inter Milan held a game in hand on leaders AC Milan for weeks, only to drop that game in hand to give control to their hated rivals.

With just two weeks left in an ultra-competitive Italian season, here are the latest odds to win Serie A.

Live odds courtesy of bet365 are current within a five-minute delay. Analysis below may not match live odds.

Favorite to win the Serie A

AC Milan have won four games in a row but their biggest victory came without them on the pitch. After holding a game in hand for weeks, Inter made that game up — and lost in surprising fashion to Bologna. That loss has kept AC Milan atop the Serie A table, with all contenders on 36 games played.

What was a great position to retain their Serie A crown has now become a rescue mission. Inter threw away their chance to go atop the table against Bologna and now sit two points back of AC Milan with just two games to go.

Past Serie A champions

Last season, Internazionale won their 19th Serie A title and ended Juventus' latest reign of dominance. Here are the previous Serie A champions over the last ten years:

Serie A futures odds are constantly adjusted throughout the offseason due to player transfers and injuries. Once the season begins, title odds will change as teams win and lose games and as more players get hurt or suspended. Sportsbooks will also adjust Serie A odds based on handle and liability to certain teams.

Serie A futures odds will usually look like this:

This means that on a $100 bet, you'll stand to win $350 if Juventus wins the Coppa Campioni d'Italia. If it's close to the end of the competition, or a club has been particularly dominant, you might see them with a minus sign (-) ahead of their odds.

This means that you would need to bet $500 to win just $100 on an Internazionale championship.

Above we have posted the American odds for Serie A. However, these are easy to convert to decimal odds or fractional odds with our odds converter tool.

Juventus leads the all-time Serie A championship tally with 36. 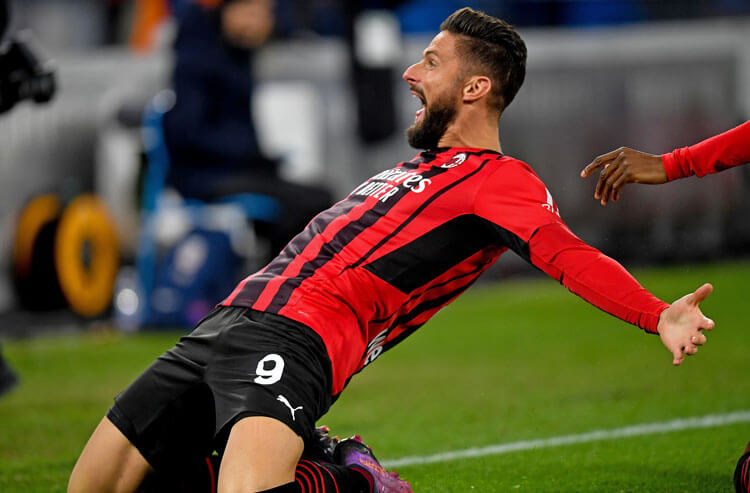 MLS Cup Odds: NYCFC Stands Above All
Kyle LaRusic | May 24, 2022
About Us
Contact Us
Careers
Our Team
Brand
Testimonials