Everton vs Chelsea Picks and Predictions: Everton Plunged Back Into Relegation Fears

Despite a horrible second half to last season, Everton avoided relegation... then did little to improve. The new EPL season is just beginning but our soccer betting picks expect Chelsea to give Everton an early season scare.

The Premier League is back, and the final game of Saturday’s slate gives us a huge clash between Everton and Chelsea.

Both teams will have their eyes on different ends of the Premier League table, with Frank Lampard hoping that beating the team that turned him into a legend will ease Everton’s fears of relegation.

This is going to be a huge game, so don’t miss our Everton vs. Chelsea picks and predictions.

Use the live odds widget above to track any future line movements right up until kickoff and be sure to check out the full EPL odds before placing your bets.

There’ll be no rain in Liverpool on Saturday, with cloudy skies keeping the temperature in the mid-60s when this game kicks off at 5:30 p.m. local time.

Everton enter the season with concerns, and it’s obvious why they’d be worried. This is a team who narrowly avoided relegation and have since seen their talisman, Richarlison, leave the club for Tottenham.

Concerns rooted in transfer market activity also have put a shadow on Chelsea’s season. They’ve signed the brilliant Raheem Sterling from Man City, but in truth, he plays in a position in which the club were already strong — while they haven’t replaced Romelu Lukaku.

Even more worrying has been their pursuits of defensive reinforcements after losing the brilliant Antonio Rudiger as well as Andreas Christensen. They welcomed Napoli’s Kalidou Koulibaly, but it’ll take him some time to acclimatize to the Premier League, and it’s clear from the club’s attempts to sign more defenders that Thomas Tuchel isn’t happy with what he has.

These two will line up in similar formations, with both teams playing a variation of 3-4-3 and relying on their wingbacks to do a lot of work at both ends of the pitch. The key battle will be in the heart of the midfield, where Everton’s Allan and Abdoulaye Doucoure will be up against Mateo Kovacevic and N’Golo Kante, with Mason Mount dropping into the Chelsea midfield and dictating the attacking play.

Anthony Gordon and new singing Dwight McNeil will play on Everton’s wings, with Demarai Gray likely to start as the striker with Dominic Calvert-Lewin out. When he’s fit, Calvert-Lewin is one of the best strikers in the Premier League, and almost as important as his goals is his physicality and hold-up play.

I’ve got real doubts over Chelsea this season, and I think they’re likely to drop out of the Premier League’s Top 4. With Thomas Tuchel looking more and more unhappy, I’d be concerned that he might leave the club before the season is through.

That said, they should open their Premier League season with three points. Before the Calvert-Lewin injury, I thought that we could see Everton cause an upset and potentially steal a draw, but without their big man upfront, I just can’t see Everton being able to bring others into play and score against a Chelsea defense that should still be pretty good, despite the outgoing players.

Usually, when I look at the total goals markets, I like to study the form, but given that neither team has played a competitive game in months that isn’t really possible here. Likewise, it’s very hard to base any judgments on last season’s performances. Both Chelsea and Everton are arguably weaker than they were last year.

So, for those reasons, we’ll have just decide based on what we know about the teams. Firstly, we know that they’re weaker, and we know that both are still looking to do more transfer business before the window closes.

Frank Lampard will be coming into this game looking to ensure that his team doesn’t lose, so he’ll set up to play tight and compact. Tuchel’s Chelsea have shown in the past that keeping defensive rigidity is the first aspect he looks to get right when team building, before then adding attacking flair.

For that reason, I think we’re going to see a low-scoring game on Saturday, so we’ll take Under 2.5 goals.

I toyed with the idea of Chelsea to win and Under 2.5 goals combined at +275 but I thought I’d offer something different.

Instead, we’ll be backing Chelsea’s new Senegalese central defender Kalidou Koulibaly to get booked. The 31-year-old has consistently been one of the best defenders in Serie A during his spell at Napoli but it will take him time to get used to the Premier League.

He picked up 66 bookings in his 236 Serie A games for Napoli and is now in a new league with a new defensive partner. For those reasons I think there’s a chance that we see him get his name in referee Craig Pawson’s book. 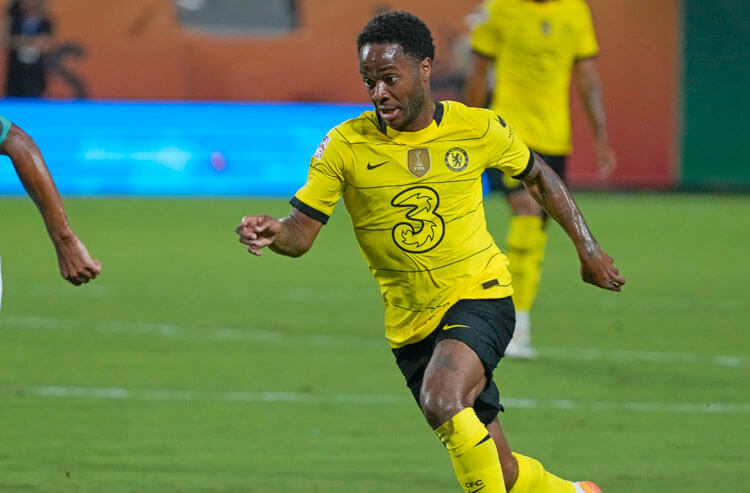 Everton vs Chelsea Picks and Predictions: Everton Plunged Back Into Relegation Fears
Provided by

Chelsea vs Leicester City Picks and Predictions: All Signs Point Towards the Over
Sam Farley | May 17, 2022