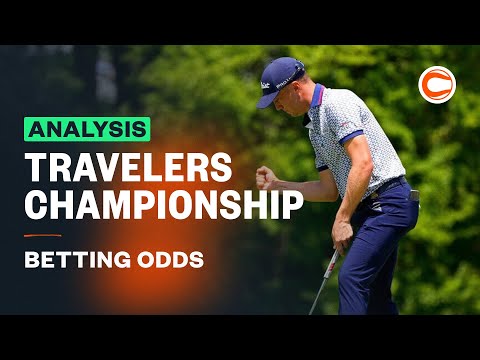 A dramatic and thrilling ending to the U.S. Open saw Matt Fitzpatrick claim major championship glory for the first time (also his first Tour win). Now, the PGA Tour returns to one of its staple venues — the Travelers Championship at TPC River Highlands.

Coming off runner-up and T5 finishes, respectively, Scottie Scheffler and Rory McIlroy are entering the week as betting co-favorites with 2022 PGA Champion Justin Thomas close behind.

The star-studded trio highlights an otherwise strong field as golfers now look to gear up for the season's final major — The Open Championship at St. Andrews.

Check out the full Travelers Championship odds board below. You can also check out our outright predictions.

If you're signing up for a new sportsbook for the Travelers Championship, here are two of the best bonuses* available:

B) Travelers Championship to finish in a playoff BOOSTED to +325 at Caesars! Claim Now

Favorites to win the 2022 Travelers Championship

Rory's finally found the form he had prior to the COVID shutdown. He's back up to No. 2 in the Official World Golf Ranking and has finished inside the Top 8 in five of his last six starts. That includes three majors and a successful title defense at the RBC Canadian Open.

Combine that with his strong current form and he's rightfully entering the week a betting co-favorite at +1,000.

Scottie Scheffler continues to prove that he has no intentions of slowing down. Since a blistering run of four Tour victories in six starts (including the Masters), Scottie has continued to find himself around the hoop, finishing runner-up via a playoff at the Charles Schwab and T2 at last week's U.S. Open.

He remains OWGR No. 1 by a wide margin and has built up significant leads atop the FedEx Cup standings and PGA Tour money list.

While his two finishes here are a missed cut and a T47, you can't be shocked if he finds himself in contention once again.

Despite a ho-hum week at the U.S. Open, Justin Thomas is among the select few golfers that can contend on any golf course at any time.

Since his historic comeback win at Southern Hills, he missed the cut at Charles Schwab, finished solo-third in Canada, and just T37 in Brookline.

And while he's struggled here across his last four starts, he did finish a personal-best T3 here in 2016. Add in his strong form and you have someone that requires serious consideration, as he does every week.

Notable longshots for the 2022 Travelers Championship

Keegan Bradley got some extra love from the Boston crowds at last week's U.S. Open en route to a strong T7 result, one that confirms the good form he's carried for much of the season. He's finished T8 or better four times in his last eight starts, including a runner-up at Wells Fargo behind Max Homa.

He continues to play well and now has some more confidence coming off a strong week at a major championship.

After finishing solo-second at the Memorial at the start of June, Aaron Wise spent much of the U.S. Open week taking up space on the first page of the leaderboard, even having a share of the lead at one point.

While he faded on the weekend with rounds of 75 and 74 (ultimately finished T27), that's not indicative of his form. He's playing really well right now and could be in for another strong week.

Scottie Scheffler and Rory McIlroy are entering the week as +1,000 betting co-favorites to win the 2022 Travelers Championship. Justin Thomas is close behind at +1,100.

Harris English won the 2021 Travelers Championship with a 13-under 267, edging out Kramer Hickok in a seven-hole playoff. English is available at +10,000 to defend his title.

The 2022 Travelers Championship will be played from Thursday, June 23 through Sunday June 26 at TPC River Highlands in Cromwell, Connecticut. 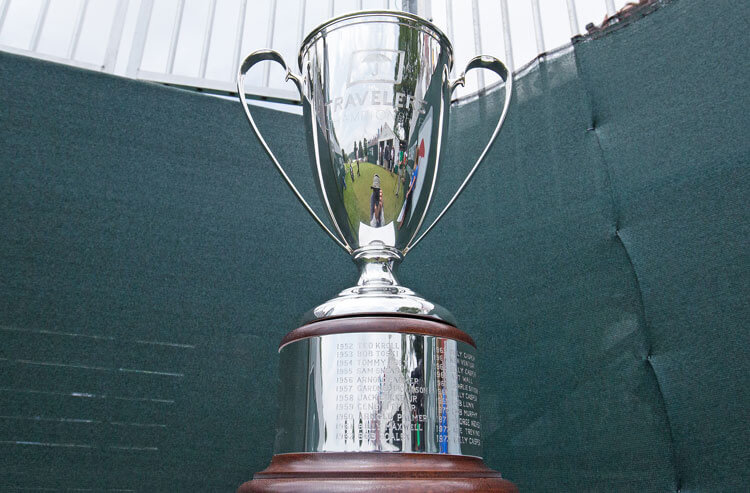