With the Rocket Mortgage Classic almost always being a birdie-fest, our best matchup and top finisher picks highlight some guys who can go super low and keep pace with the field — including Trey Mullinax, Scott Stallings, and Cameron Young. 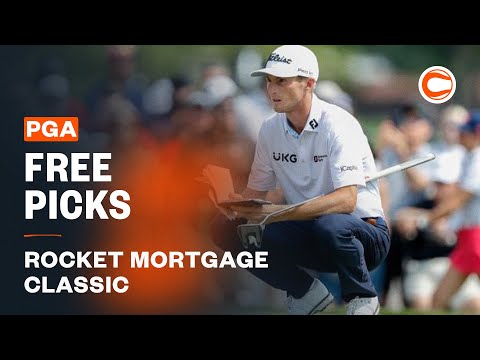 We’ve got a solid field this week with the likes of Patrick Cantlay, Will Zalatoris, Tony Finau, and Cameron Young rounding out the top of the Rocket Mortgage Classic odds board.

Up-and-comers like Sahith Theegala, Davis Riley, and Maverick McNealy will also be popular bets to snag a first win on the PGA Tour.

We’ll talk more about outrights on our betting show this week but in this blog, we’ll find the best bets in the matchups and top finishers markets.

A) Si-Woo Kim, Gary Woodland, and Cam Davis all to make the cut BOOSTED to +185 at Caesars! Claim Now

B) Event to finish in a 5-hole playoff BOOSTED to +1,900 at PointsBet! Claim Now

Historically there is a lot of variance at this event in terms of the winner, so we’ll weigh course history a bit less than other weeks. Cam Davis actually missed the cut twice before he won the Rocket Mortgage last year.

Cameron Young (+105) over Will Zalatoris

So far, Zalatoris has been a contender at every major but not so much at the birdie fests. Of course, he can go low but the short putting is still a problem and lost strokes on the greens are what made him trunk slam at Byron Nelson and Charles Schwab.

Cam is first in recent scoring opportunities and Will is second, but Young has better numbers on easy-scoring courses and he also makes more eagles than Zalatoris.

We also like the long-term putting for Cam in the 5-10 foot range vs. Will’s. Both of these guys are overdue to win but we’ll take plus money on the one who sets up better for a putting contest.

We’re betting that Sahith needs a break. Kirk took last week off after the Open while Theegala stumbled out of the gate and missed the cut. Kirk has a better history here and he’s had some good finishes recently like seventh at the RBC Canadian Open and 42nd at St. Andrews.

He has only lost strokes off the tee once since February and he does a lot more damage than Sahith on Par 4s in the key range of 350-400 yards. Plus, Theegala looks to be having some putting difficulties and we care about short-term putting this week.

We might take Paul Goydos vs. J Day at this point. Brendan Steele could actually be in the mix here and Day has only broken 70 on Sunday in a Tour event once since November 2021.

The missed cut for Steele last week is why we aren’t paying more juice.  Steele is gaining with his irons every week and he ranks second in the field in both recent off-the-tee play and approach play. He actually ranks first in overall ball-striking over the last dozen rounds vs. 77th for Day off-the-tee, 121st in approach, and 115th in ball striking.

Maybe this is the week they stop talking about how Stallings used to be fat, and start talking about what a scoring machine he is these days?

Scott ranks 15th in DraftKings scoring and 13th in opportunities to score. He's scored the 11th-most eagles and 18th-most birdies plus he always scores well on Par 5s over 600 yards.

In his last two starts, Stallings was fourth at the John Deere and eighth at the Travelers. Prior to that, he had a fourth at the Chuck Schwab before missing the cut at two hard courses (Jack’s place and Brookline). Seven plus strokes gained on approach in two of his last four starts? This number is going to drop.

The near Scottish Open winner has looked good in birdie fests because he makes a ton of them. Trey is eighth in scoring opportunities vs. the field over the last 24 rounds and he’s seventh in birdies or better.

How did he win the Barbasol? With his irons. He gained 8.7 strokes on approach and putted well that week too. He followed that up with a 21st-place finish at St. Andrews. We also like that Mullinax is 13th in recent DK points.

Hadley is a bubble boy sitting at 143rd in the FedEx Cup standings so he needs a good finish here and he’s coming in hot. He’s made five cuts in a row including three Top-10 finishes.

One of those was last week at 3M where he gained 3.3 shots with his irons and 5.8 on the greens. He’s gained strokes putting in seven of his last 10 starts.

He's 15th in recent putting form, 20th on approach, and 43rd in DK points vs. the field this week. That's what you want to see heading into Detroit. 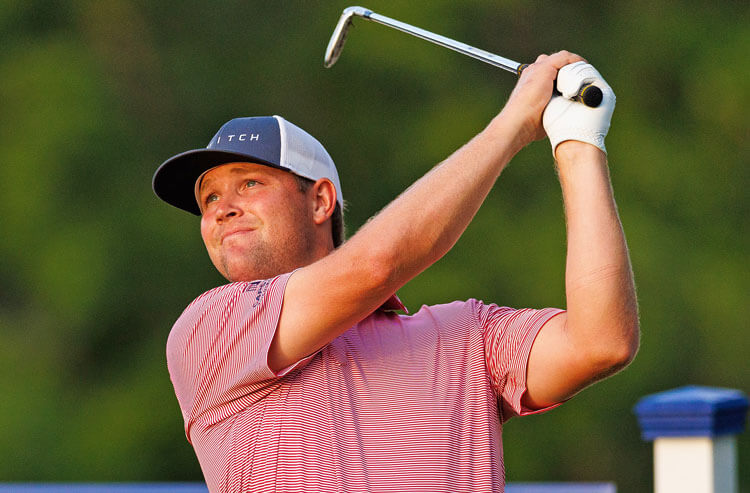