The John Deere Classic has a wide-open field this year, with a lack of high-end talent presenting an opportunity for lesser-known golfers — and PGA betting value. Find out who could be in contention in Illinois with our John Deere Classic outright picks.

The John Deere Classic might have the weakest field of any event on the PGA Tour.

Simpson is the John Deere Classic odds favorite at +1,200, with Canadian Adam Hadwin next at +1,600. Are these two golfers worth putting your money on?

We take a look at the field and pick a favorite, a sleeper, and a longshot worth backing when the John Deere Classic tees off on Thursday, June 30.

Denny McCarthy seems to be around the lead early and then fades on the weekend. The 29-year-old is still looking for his first PGA Tour victory and this might be a good spot, considering the weak field.

McCarthy is tied for 23rd on the tour in Top-10 finishes with four this year. Two of those came in successive weeks in June at two big tournaments.

In the first week of June, McCarthy came out blazing at the Memorial, shooting 68 and 69 in his first two rounds. That weekend, however, he faded a bit, posting rounds of 73 and 72 to ultimately finish tied for fifth.

Two weeks later he was at the U.S. Open, where he had to qualify to get in. This time, he reversed his play, opening with rounds of 73 and 70, then shot 68 on Saturday and Sunday. He ended up tied for seventh.

Last week’s missed cut at the Travelers could have been a byproduct of the stress of the major championship and the high-profile Memorial. Getting the weekend off, however, might benefit McCarthy.

He got a break and could spend the extra time preparing for the John Deere, an event where he missed the cut last year.

Putting is the engine that drives his game. He is sixth in strokes gained putting and 21st in putts per round. If the flat stick is working, McCarthy should be around the top of the leaderboard.

Ghim grew up in Arlington Heights, Illinois, so this is like a home match for him, with the golf course about two hours from where he learned the game. The 26-year-old is still finding his way around the tour, but he has had some highlights.

His best tournament this year was The Players Championship in March. The tour tries to position this event as the fifth major, and though it’s thought of as that by only the suits at tour headquarters, it is still a tournament filled with the top-ranked golfers.

Ghim managed to shoot three rounds under par — 70, 70, 68 — only an even-par 72 in the final round derailed any chance he had to finish higher. Still, it was his second-highest finish in his career on tour.

The John Deere is an event that Ghim could thrive at. It’s a shorter course, so his 138th rank in driving distance won’t hurt him. Secondly, he is 45th in fairways hit and 95th in greens in regulation. Around the green, Ghim is first on tour in scrambling from the fringe.

Ghim did finish tied for 18th at TPC Deere Run and if can get the putter working, he could have a shot on Sunday.

Lashley has already won once on tour at the 2019 Rocket Mortgage Classic. Since that victory, he has come close to winning again, but can’t seem to close it out.

Lashley is another golfer where his lack of length won’t hurt him at the John Deere. He is 58th in driving accuracy and 51st in greens in regulation. He is also 24th in birdie average and 79th in scoring average.

The only time Lashley played in this event was in 2019, when he finished tied for 26th.

Lashley played in the Travelers Championship last week where he shot four rounds in the 60s and finished tied for 25th. 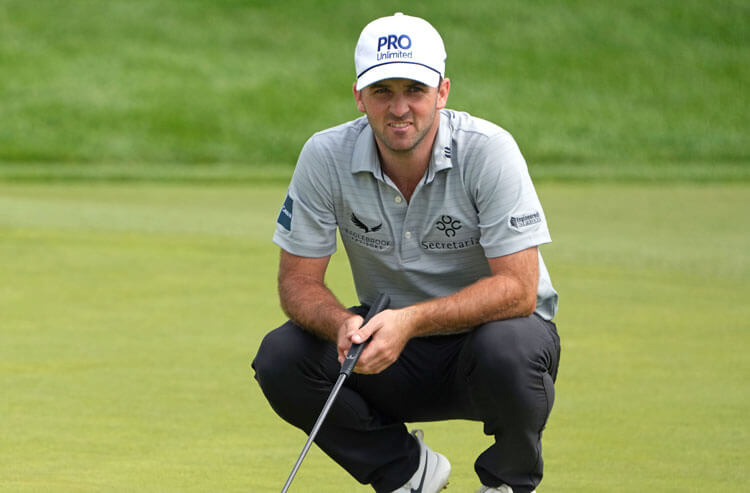