No one has enjoyed more success — and become more associated — with Torrey Pines in recent years than Jon Rahm. Eyeing a third straight victory in 2023 and a third win here at his favorite course, he's atop the board as a heavy +450 favorite. 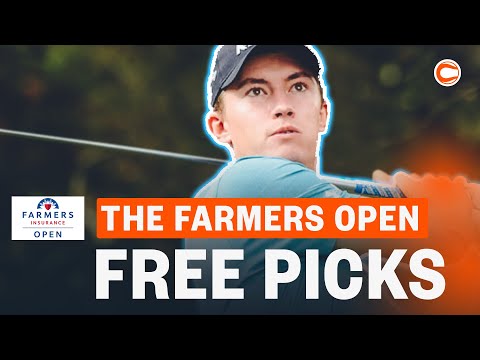 Jon Rahm's dominance to start 2023 continued with yet another victory, edging out Davis Thompson by one shot at The American Express. His reward? A week at his favorite golf course.

The now-World No. 3 has enjoyed a ton of success here at Torrey Pines, claiming both his first PGA Tour win and major championship win (2021 U.S. Open) here at the South Course. Oddsmakers are well aware of that fact and have listed the Spaniard as a heavy +450 favorite for this week's Farmers Insurance Open.

Check out our full Farmers Insurance Open betting preview below, including outright odds, a breakdown of favorites, free golf picks, and more.

If you're looking to bet on some PGA Tour action, here are two of the best bonuses* available:

A) Add +200 odds to any golfer to win the Farmers Open at DraftKings! Opt-in Now

Prior to the Sentry Tournament of Champions three weeks ago, Hideki hadn’t played since withdrawing from the Houston Open due to a neck injury. And while we’re unsure if that injury is still hanging around, his recent results heading into the week haven’t been encouraging.

He finished just T21 out of 38 guys at Kapalua then just T48 in his Sony Open title defense a week later. Injury-related or not, his ball-striking numbers have fallen off a cliff — going from 75th in strokes gained off-the-tee last season to 160th this season, sixth to 78th on approach, and 19th to 71st from tee-to-green — and he’s never been a consistent enough putter to make up for that on any given week (110th in strokes gained putting).

On the flip side, Montgomery is the hottest rookie on Tour with eight Top-15s in nine starts and has a T11 here a year ago to boot. There’s no reason to go away from him now. (Risking 1.25 units)

Right next to Montgomery on the list of guys to auto-bet right now is Maverick McNealy, who’s got three Top 10s among five Top 20s in just his last six starts.

And while some of that came during the easier Fall stretch, the numbers certainly bear out just how well he’s playing: he’s second on Tour in scoring average behind… checks notes…  Jon Rahm, thanks in large part to a red-hot putter.

It’s impossible to overstate just how well he’s rolling the rock right now. He’s third in strokes gained putting and ranks inside the Top 5 in any number of putting categories (first in 3-putt avoidance, fourth in putts per round, etc).

His ball-striking continues to be average-at-best and that’s the only thing standing between him and his first Tour win, but as long as he doesn’t forget his putter at home, he should work himself into the mix again this week. (Risking 1 unit)

Jon Rahm kicked off 2023 with a win at the Sentry and followed it up with another at The American Express last week. With four wins in his last six starts, oddsmakers have no choice but to shorten the Torrey Pines extraordinaire's odds even further, opening this week atop the board at a ridiculous +450 price.

And that's not for a lack of star power at the top, with Xander Schauffele (+1,200), Tony Finau (+1,400) and Justin Thomas (+1,600) all inside that top tier of favorites. Xander shed some injury concerns (back) and moved up the leaderboard (finished T3) with a 10-under 62 on Sunday, while Tony Finau also continued his nice run of form with a T16 finish over the weekend.

Meanwhile, Justin Thomas will enter the week rested, having not played since Kapalua. Defending champion Luke List is on the board at +8,000 while last year's runner-up Will Zalatoris is among the top dogs at +1,600. 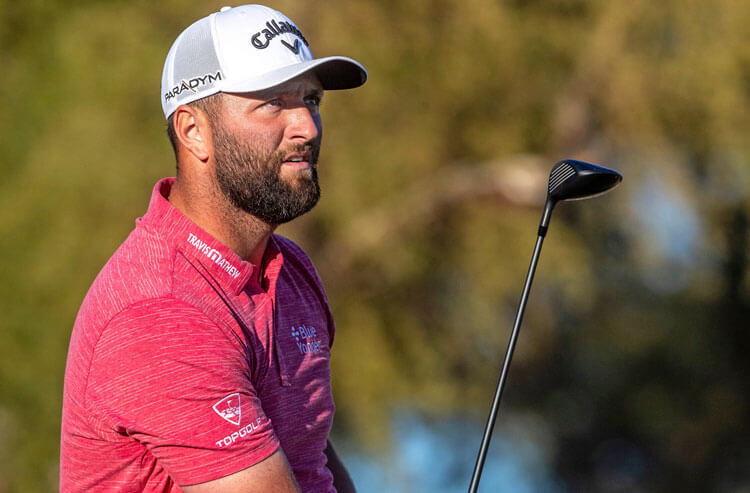