What player will shine brightest in Super Bowl 57? Get odds, insights, tips, and strategies to make a smart pick for your Super Bowl MVP bets, and check out the Super Bowl MVP odds favorites — updated right until the Big Game kicks off. 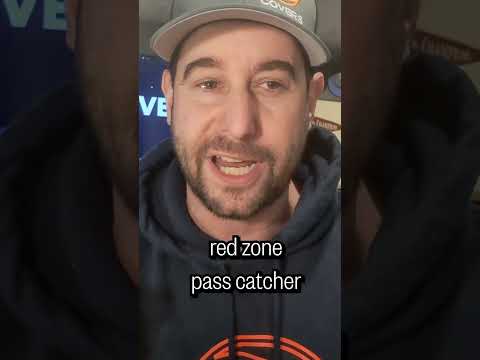 The Super Bowl is the biggest sporting event of the year and only the elite will shine brightest on that global stage. Of course, we’re talking about the Most Valuable Player award.

Betting on the MVP is a massively popular Super Bowl props market and becomes available as soon as the NFL Playoffs begin — but now we're down to the nitty gritty with the Super Bowl 57 matchup set.

Quarterbacks are king in the NFL and so it's no surprise the two guys leading the Super Bowl odds board as favorites are Kansas City and Philadelphia's passers.

We're nearly a week away from kickoff, so here are the latest Super Bowl MVP odds.

Looking to bet on Super Bowl 57? Here are two of the best bonuses* available:

Philadelphia Eagles quarterback Jalen Hurts is the favorite to win Super Bowl MVP as the QB of the favorites to win the Super Bowl. Philadelphia is currently a slim favorite for the Big Game, with its lethal offense revolving around the dual-threat QB, who has thrown for 24 touchdowns this season... but also ran for 15 more.

In five years with Patrick Mahomes as the starter, the Kansas City Chiefs have gone to five AFC Championships and three Super Bowls. Mahomes & Co. will be looking for their second title this season, and while the star QB is still clearly hampered by a high ankle sprain, he still managed to complete 29 of 43 passes for 326 yards and two touchdowns — with a key scramble late in the fourth quarter to set up the game-winning field goal — in the AFC Championship against Cincinnati.

Even on one leg, Mahomes is still the engine that drives the Chiefs.

The most dominant tight end in football, Travis Kelce torched the Jaguars for 14 catches, 98 yards, and two touchdowns in the Divisional Round against Jacksonville, then followed that up with seven catches for 78 yards and a TD in the AFC Championship — despite being questionable to play due to a back injury.

Mahomes' favorite target looked no worse for wear in that game, and with time to heal up, will again be an integral part of any Kansas City success against the Eagles.

How is the Super Bowl MVP decided?

The Super Bowl MVP is decided after the conclusion of the game by a panel of 16 NFL journalists (writers and broadcasters) as well as a fan vote (online and mobile), which was added in 2001.

The panel makes up 80% of the voting while the fan vote makes up the remaining 20%. The player voted as having the most significant impact on their team’s success will be honored as the Most Valuable Player of the Super Bowl.

When learning how to bet on the Super Bowl, bettors must first understand how the odds display and how to read them. The Super Bowl MVP odds are displayed in a list format with corresponding odds for each player considered an MVP candidate. The odds will reflect the implied probability of that player winning MVP.

Some sportsbooks will have a very long and detailed list with plenty of players available. Other books will list just the skill positions and key defensive contributors while adding a “field” or “other” option which includes any player not officially listed.

A Super Bowl MVP has been named in all 56 championship games going back to 1967 when Green Bay Packers quarterback Bart Starr was named the very first Super Bowl Most Valuable Player.

Starr is one of the 31 quarterbacks to be named Super Bowl MVP. Running backs and wide receivers have each won MVP eighth times while a defensive player has been named MVP five times and a special teams player (kick returner) has won the award once.

Betting on the Super Bowl MVP odds was made popular in the late 1990s, as online sports betting began to boom, but has only recently been allowed in regulated land-based sportsbooks (such as Las Vegas/Nevada) since 2016.

Like betting on any Super Bowl odds, there is some strategy involved when learning how to bet on the Super Bowl MVP prop.

When it comes to all of your Super Bowl bets – moneylines, spreads, totals, props – you should set a narrative for how you see the game playing out and what has to happen in order to follow that path. If you’re betting on the team with the explosive passing game, you know the receivers will need to be a big part of that success. Therefore, you may want to look at the quarterback or wide receivers in the Super Bowl MVP odds.

The Super Bowl is the biggest betting event of the year and the odds are drum-tight across the board. That means any hidden value is sniffed out quickly and bet hard, forcing bookmakers to adjust those numbers. The Super Bowl MVP odds often see major line movement between opening and closing, so don’t wait too long to get in your MVP bets.

The quarterback for the Super Bowl favorite is most often the frontrunner to win MVP. And while that team’s moneyline odds (odds to win the game) may not pose the biggest return, you can often get a better bang for your buck by betting the QB’s MVP odds instead.

While there is a risk that the quarterback may not win MVP, that position has earned Big Game honors over 56% of the time and in nine of the past 12 Super Bowls.

All of the best Super Bowl betting sites will offer Super Bowl MVP odds. However, the players listed as well as their respective odds will vary slightly from book to book, so it’s a good idea to shop around for the best odds before making your bet.

The Super Bowl MVP is decided by a voting panel of 16 journalists and a fan vote upon the conclusion of the game.