Get the facts on NFL prop bets, the most common and popular NFL props, and a few tips to help you maximize your prop betting returns.

Have you ever wanted to bet on more than just the winner or loser of an NFL game? Look no further than NFL prop bets. Prop bets (or propositions) allow bettors to wager on the myriad events occurring within a game. Prop bets spanning everything from the winner of the Superbowl’s coin toss to how many yards a QB throws in a given game.

What are prop bets in the NFL?

Prop bets in the NFL allow you to wager on events within an NFL game. Prop bets span individual player performance and various statistics (team or player related). Some sportsbooks offer props on outlandish in-game events not directly linked to on-field play, such as the color of Gatorade used in the customary post-Super Bowl celebration.

When learning how to bet on NFL football, It’s important to note that prop bets, by definition, are not related to the outcome of a game. Most props do not rely on the winner or loser of an NFL game, nor are they linked to the total points scored within a game.

The three most common types of prop bets are player props, team props, and game props.

The most common type of NFL prop bet, player props, allow bettors to wager on what individual NFL players will accomplish within the confines of a game. Player props link to a player’s individual in-game statistics or accomplishments. Most frequently, player props are wagers on whether a player will hit the Over or Under (O/U) on a specific statistic or event.

Let’s explore some common iterations of NFL player props below.

The odds you receive on touchdown props vary widely, depending on each player’s resume and the statistical probability of scoring. You’d get shorter odds on a well-known star with a proven body of work than a relatively unknown player.

Suppose you’re betting on a star (think Derrick Henry or someone with a similar reputation). In that case, your odds might not be altogether different from a moneyline bet (as in anywhere from -150 to +200). Of course, the odds attached to any player prop will vary wildly depending on the player’s quality and their opponent’s strength.

First-time touchdown props allow you to wager on the player who will score the first touchdown of the game, and sportsbooks will allow you to select from a list of players within the game.

Anytime touchdown props allow you to wager on whether a player will score a touchdown within a game—a simple yes/no proposition.

In the table above, a sportsbook offers odds for Henry to score a touchdown at -175. In this instance, the sportsbook isn’t offering odds on the No option.

Finally, total touchdown props allow you to bet on the number of touchdowns a select player will score in a game. Bettors would wager on the Over or the Under of a total set by the sportsbook.

Rushing props are similar to passing props, but for rushing yards instead passing yards. Think Jonathan Taylor, not Tom Brady. Sportsbooks allow you to wager on the Over/Under of a player’s total rushing yards, rush attempts, and total rushing touchdowns.

Team prop bets work nearly the same as player props, but they relate to what the entire team accomplishes within a game, not just a single player.

For example, a team prop would allow you to bet on the total number of field goals a team scores within a single game, such as the Patriots scoring Over or Under 3.5 touchdowns.

In this instance, if you bet the Over, you’d hit your bet as long the Patriots scored four or more touchdowns. Of course, team props can also link to other typical scoring and defensive plays that you’ll see during NFL games.

In team props such as the example above, anyone on the team can contribute to the total number of touchdowns, not just a single player.

A game prop bet is very similar to a team prop bet, but it spans the events occurring within the game and does not link to a player or a specific team. For example, a game prop would allow you to bet on the total number of touchdowns during a game scored by either team. Game props commonly link to statistical totals or whether a specific event will happen, such as betting on whether a touchdown is scored off an interception during the game.

In this example, a sportsbook offers odds on the method of the first scoring play.

Here bettors wager on whether the first scoring play by either team will be a touchdown, a field goal, or something else.

Super Bowl prop bets are some of the most popular bets—not to mention the most fun.

Sportsbooks allow you to wager on the usual player props for Super Bowl, like touchdown, passing, receiving, and rushing props discussed above and just about any game-related statistic throughout the Super Bowl.

However, sportsbooks also allow bettors to wager on unorthodox Super Bowl props and exotic bets you never see during the regular season.

Exotic Super Bowl props include wagering on the national anthem length, the color of Gatorade dumped on the winning coach, or even the title of the final song performed at the halftime show.

For Super Bowl LVI, the Gatorade color odds looked like this:

In the end, Blue won when the Los Angeles Rams used Blue Gatorade to celebrate with their coach.

NFL prop bets don’t always garner as much attention as conventional NFL odds, but that doesn’t mean they lack value. Here are some tips and strategies to maximize your NFL props betting.

Sportsbooks don’t invest nearly the same amount of time or resources into generating lines for prop bets as higher volume lines like the moneyline or the point spread.

Odds linked to props are generally not quite as sophisticated as regular bets. Often, especially for non-marquee players, they’re generated by fairly rudimentary readings of a player’s stat line or recent performance.

Suppose you’re keen to dive deeply into a player’s statistical profile. In that case, it’s easier to gain an edge on the player prop than a bet linked to the game’s outcome.

If you know, for example, that a player will get a unique opportunity —think a surprise starting QB — and this information doesn’t reflect the line at your sportsbook, pounce on it.

Use our NFL scores and matchup pages to start your research, looking for matchup data, injuries, weather, and more.

Shop around for the best odds

While line shopping is always a good idea, it’s perfect for player and game props. Each sportsbook operates from different sets of information regarding certain players, and oddsmakers will doubtlessly have different opinions when setting lines regarding individual player or team performance.

If there’s a player or team that you like to hit a specific statistic or fulfill the conditions of a particular prop, shop around. With a bit of looking, you’ll likely gain more favorable, longer odds than you would if you just defaulted to your favorite book.

Create a story for the game using regular games

When you’re prop betting, it can help to create a narrative for how you see the game unfolding. What’s more, you can leverage the information sportsbooks are already giving you to determine a reasonable sequence of events.

Say, for example, that for Sunday’s Tampa Bay Buccaneers vs. Kansas City Chiefs tilt, sportsbooks set the total at a whopping O/U 52.5. Such a line indicates that sportsbooks believe the game will be heavy on the offense and light on defense.

The example above is an excellent game to wager on Tom Brady, adding to his lofty career totals. The information gleaned from an intelligent reading of a sportsbook’s line can be invaluable when creating a logical narrative for a game, supplemented by your research and perspective.

Prop Bets (Proposition Bets) are bets on events that occur within the game, such as player performance, team performance, or other occurrences within a game. They are not linked to standard game odds such as the moneyline or betting against the spread.

NFL prop bets are released on different schedules according to which sportsbook you bet at. Player prop odds usually come out six to three days before a game is scheduled.

NFL odds for player prop bets can be read in the same way as conventional sports odds. The odds bookmakers assign to events reflect their probability and the bettor’s payout if their bet is successful. 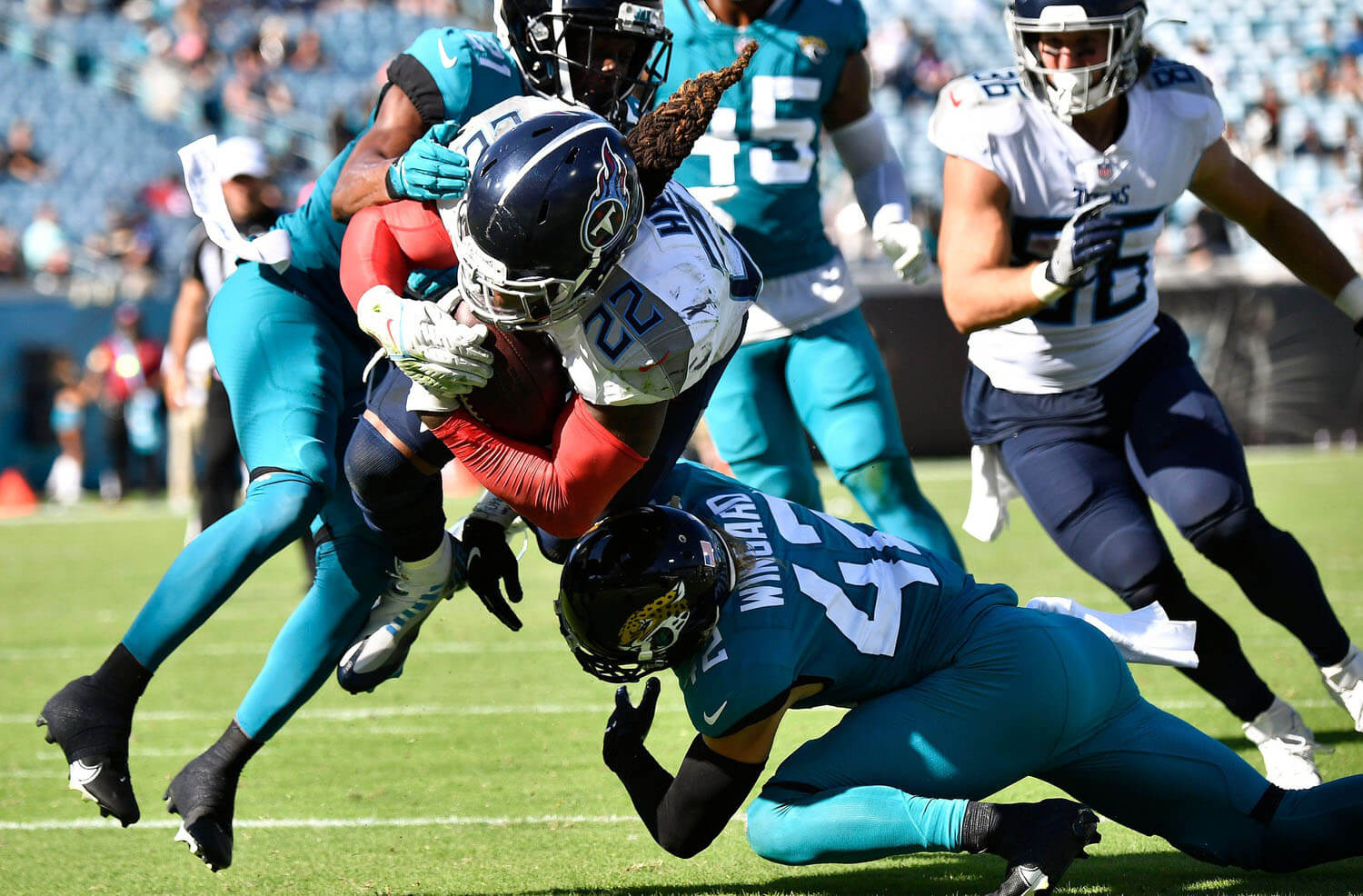 Learn How to Make NFL Prop Bets
Provided by