Check out Adam Chernoff's weekly NFL power rankings, where he rates every team from No. 1 to No. 32, while highlighting the cream of the crop — and those tumbling down — ahead of Week 17 action.

Power rankings are an important part of NFL betting, used not only by bettors but also by bookmakers when setting NFL odds. After Adam Chernoff revealed his preseason rankings, he now updates his rankings weekly, based on the previous week's NFL action.

Check out the Week 17 rankings below and be sure to listen to The Simple Handicap podcast for a daily market rundown.

The power rankings below show how much better or worse a team is relative to a league-average team on a neutral field. For example, if a team has a rating of 3 and is playing an opponent with a rating of -2, the higher-rated team would be favored by 5 points (before adding home field). Once you add in the home field advantage (HFA) value to the neutral field spread, you get the market point spread.

Compare updated Super Bowl futures before betting to ensure you get the best number.

The Rams have done a tremendous job making up ground on the Arizona Cardinals in the NFC West over the last several weeks, and that continued in Week 16. The Cards stumbled again, losing to the Colts on Christmas day, while the Rams managed to overcome a terrible day out of Matthew Stafford and beat the Vikings. L.A.'s win not only moved it up to fifth in the power rankings but helped it jump over Arizona, now 10th.

The Colts and Bills both also find themselves inside the Top 7, with Indy rolling on against Arizona and Buffalo taking charge of the AFC East in its rematch with the Patriots.

The aforementioned Cardinals slid down to 10th from sixth, as their years-long struggle with the back half of the schedule continued. Indianapolis struggled to get its vaunted run game going without its starting interior O-line, yet the Cards were outmatched by a surging Colts team.

New England also slid back in a divisional battle, dropping to eighth after cracking the Top 5 last week as the AFC East tug of war seemed to head in Buffalo's direction after the Bills got revenge.

How to make NFL power rankings

Oddsmakers and professional bettors alike have their own NFL power rankings and you should as well. It's not an overly complicated process, especially not when you use the 0-100 method. Learn how with our guide to creating NFL power rankings. 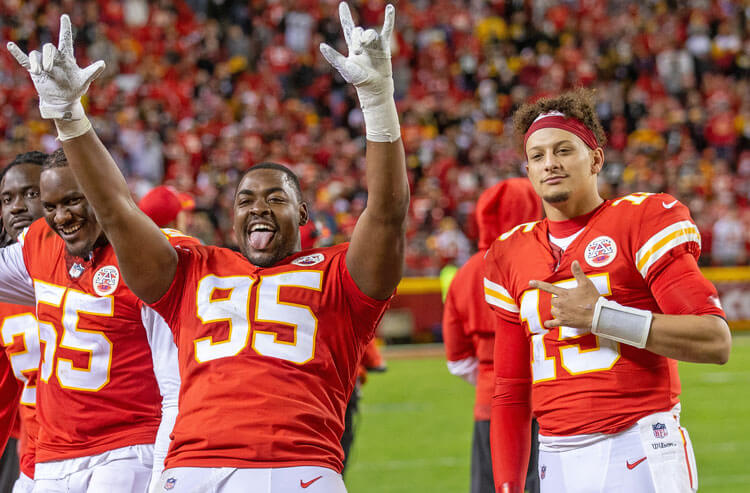 NFL Week 15 Odds: Burrow and Brady Meet in Tampa Bay
Jason Logan | May 13, 2022
About Us
Contact Us
Careers
Our Team
Brand
Testimonials