No. 2 overall pick Aidan Hutchinson is the early favorite to win Defensive Rookie of the Year at +450. Check out who else is on the board in our NFL DROY odds update following the 2022 NFL Draft.

Odds for 2022 NFL Defensive Rookie of the Year betting are already here following the NFL Draft.

We're only a day away from the announcement of this season's regular-season schedule and edge rusher Aidan Hutchinson is atop the board in early DROY odds.

Find out who follows him with our updated NFL Defensive ROY odds.

After spending a fair bit of the pre-draft process as the betting favorite to go first, former Michigan pass rusher Aidan Hutchinson got to stay home as he was the No. 2 pick to the Detroit Lions. Now the headliner on Dan Campbell's defense, Hutchinson will remain among the DPOY favorites if his strong production for the Wolverines translates from Ann Arbour to Detroit.

One of the more polarizing prospects at the top of the draft, Oregon pass rusher Kayvon Thibodeaux found himself taken in the Top 5 and going to New York, as the newest Giant. With an awe-inspiring get-off and a magnetic personality, instant production would lead to instant stardom for the former Duck as he now finds himself in the New York market.

The first overall pick slots into third on the odds board, as the Jaguars' latest top pick is less likely to accumulate eye-catching stats as Hutchinson or Thibodeaux. That being said, Jacksonville GM Trent Baalke has had success taking a swing on a tweener (if there is such a thing in the modern NFL) before, with Aldon Smith recording 14 sacks as a rookie in 2011. Walker will get plenty of attention as the first overall pick — will production follow?

• Of the last 32 winners of the NFL DROY Award, an incredible 29 were drafted in the first round. Of the three winners that weren't first-rounders (DeMeco Ryans, Kendrell Bell and Darius Leonard), all were still selected within the Top-40 picks.

• Seven of the last 16 DROY winners played linebacker. Two others (Von Miller and Shawne Merriman) were listed at LB but would count as edge players in modern NFL defensive schemes. That said, that number is heavily inflated by four straight DROY-winning linebackers from 2006 to 2009. Over the last eight years, only two LB's have taken home the award.

• Four of the last six DROY winners played college ball for Ohio State. Three of those (the Bosa brothers and Chase Young) were edge rushers.

A quick look at the NFL DROY winners since 2004, the position they played and where they were drafted.

Aidan Hutchinson is the favorite to win DROY at +450, just ahead of No. 5 overall pick Kayvon Thibodeaux (+500).

Cowboys' linebacker Micah Parsons took home the honors after finishing with a 13-sack season in Dallas. 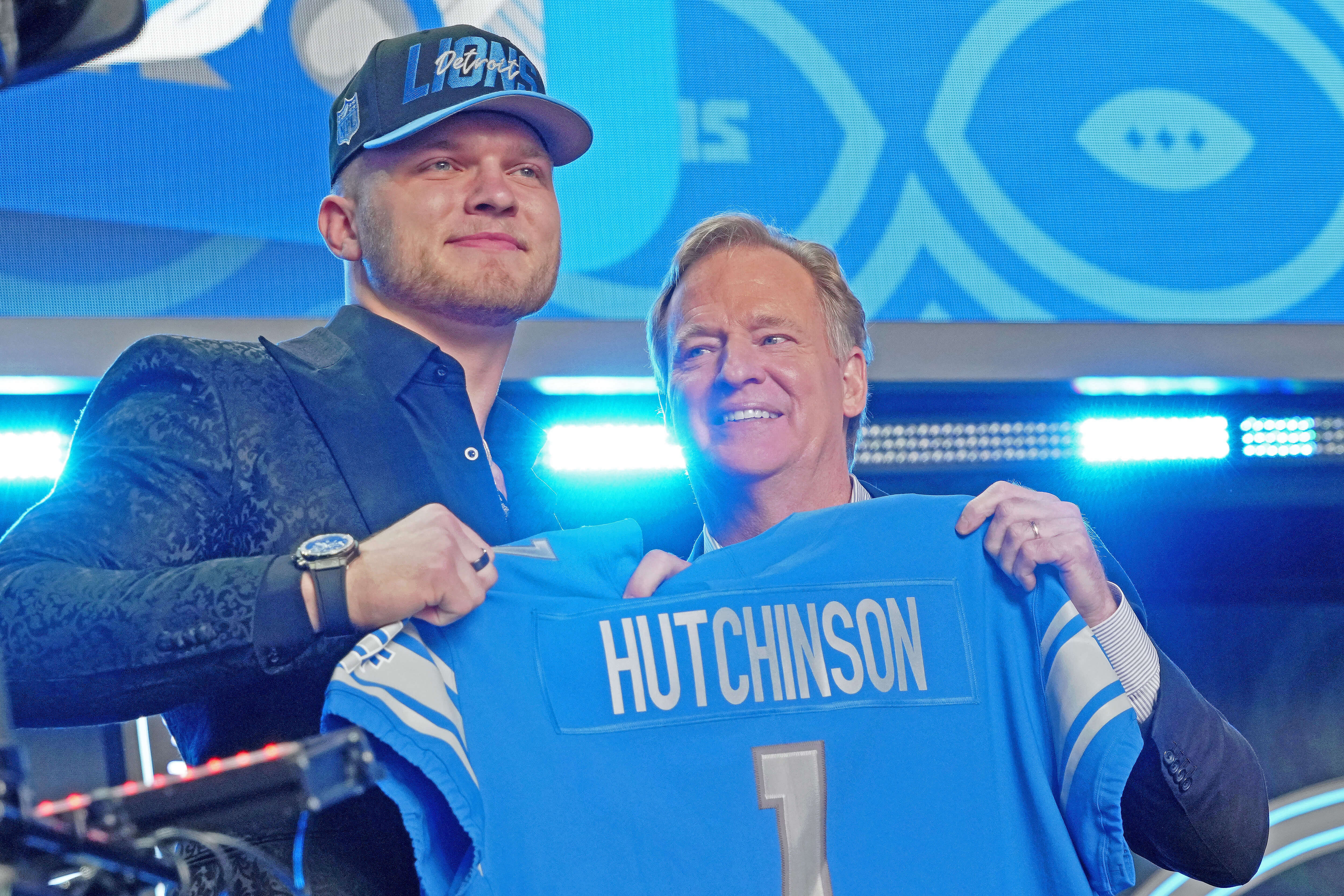