The end of the NFL regular season brings firings across the league. We take a look at the odds for every head coaching vacancy and the favorites to fill those coveted seats.

The 2022-23 season saw several coaching vacancies open up, some during the season, and some after its conclusion. There have already been some dominoes falling, with Jim Harbaugh and Sean McVay staying put with their respective teams, and coaches like Kliff Kingsbury booking a one-way ticket to Thailand.

Sean Payton becomes the most recent coach signing, coming to an agreement earlier this week with the Denver Broncos to become their next head coach.

The NFL head coach hiring cycle and interview process bring about plenty of rumors and candidates big and small. So, to help you take advantage of another NFL betting market, we've got the latest NFL head coach odds for you below.

After signing an extension through 2027, Kliff Kingsbury has been ousted as the Cardinals HC after an abysmal season.

A name to consider for the Cards' opening spot is Brian Flores, who would most definitely be happy to accept his first head coaching job since his ugly departure with the Miami Dolphins. The well-regarded 41-year-old is presently employed by the Pittsburgh Steelers as the team's senior defensive assistant and linebackers coach.

*Eligible USA locations only. Also, check out our full list of best sportsbook promotions for 2023.

To say this season was a letdown for the Colts would be the understatement of all understatements, winning four games in a year they were thought of as a Super Bowl contender.

Frank Reich was let go after the team's 3-5-1 start, and Jeff Saturday (-175 to return) fared no better, finishing the year on a seven-game losing streak. Second only to Saturday is Raheem Morris, who has served as the Rams' defensive coordinator since 2001 and appears ready to have a team of his own once again.

Most hires are done in January, in the weeks after the end of the regular season, though some hires are delayed by postseason runs, such as Kyle Shanahan's move from Falcons OC to 49ers HC following Atlanta's Super Bowl loss.

Several coaches are linked to multiple teams as of now, including Sean Payton, Shane Steichen, and DeMeco Ryans. 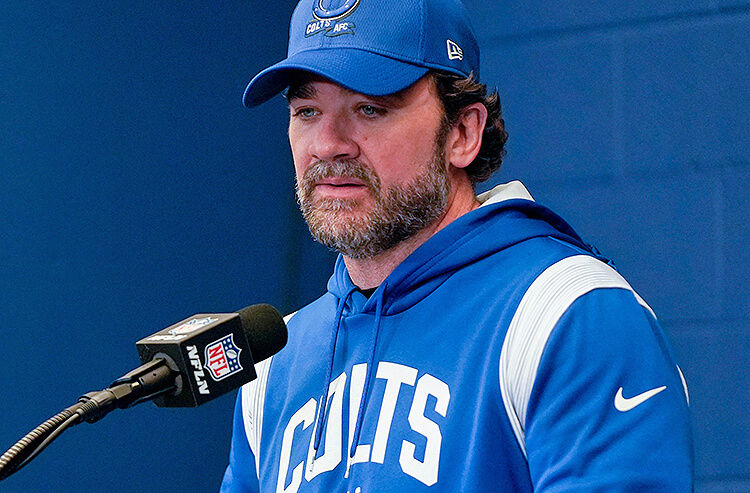 NFL Next Head Coach Odds: Cardinals and Colts are Narrowing Search
Provided by