Las Vegas somehow ended a cursed 2021 season with a playoff berth but 2022 is a new era, with Josh McDaniels and Davante Adams the headline arrivals. Our Raiders betting preview outlines the highs — and potential lows — of '22 in the desert. 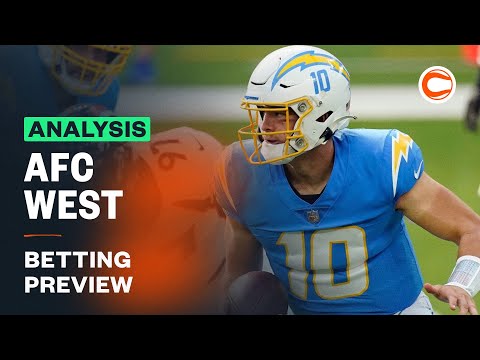 Much like pineapple on pizza, there are those that love the Las Vegas Raiders in 2022, and those that don’t.

If the Silver and Black want pineapple, they’re going to have to work for it. On top of being part of the QB-rich AFC West — six division games against top-flight passers — Las Vegas draws the NFC West in non-conference collisions. All of this goes down under the watch of a retooled front office and brand-new coaching staff.

The Raiders’ NFL odds don’t have nice things to say about the team’s postseason chances after just squeaking into the tournament last year. Let’s find out which side of the Sin City fence we sit on with our Las Vegas Raiders 2022 betting preview.

I, for one, love pineapple on pizza. But I do not like the Raiders in 2022. This team backed into some wins in 2021 thanks to injuries/COVID and while it has plenty of shiny pieces — like WR Davante Adams — on the roster, this is still a team undergoing a top-to-bottom restoration after somehow escaping a poisoned 2021 with a playoff berth.

Josh McDaniels is a good hire, especially when you add up all the quality coordinators and assistants joining him in Sin City, but high expectations run into one of the worst schedules, and potential growing pains on both sides of the football are compounded by a barrage of rivals who can flat out ball.

The betting market is at odds over the Raiders (no pun) as some lookahead lines project 9.5 wins and others just eight. The Adams trade and McDaniels hire are positives, but this franchise is still one year out from really contending in the loaded AFC.

What will win bets: Pass rush

The Raiders’ defense may have puffed up its metrics with a soft schedule to end 2021 but there’s no denying how dangerous this defensive front can be in 2022, adding Chandler Jones alongside Maxx Crosby. The Raiders did a good job stuffing the run last year (seventh in EPA allowed/handoff) but must do better against the pass.

New defensive coordinator Patrick Graham will keep pass protections guessing with a 3-4 base that can also mix in 4-3. With a slate of opposing passers as good as the one facing Vegas, the stop unit has to make those QBs hurry, which helps out a secondary that recorded a league-low six interceptions last season. A little chaos goes a long way for Silver and Black bettors.

What will lose bets: Offensive line

McDaniels has a capable QB for the first time since Tom Brady, a loaded receiving corps with Adams, TE Darren Waller, and slot star Hunter Renfrow, as well as a deep rushing attack that can also stack the YAC in the short pass game. Now line up all those guys in front of a bunch of rusty lawn chairs…

Las Vegas’ pass protection has been a game of musical chairs the past few seasons, with inadequate talent and injuries preventing any cohesion. Veteran guard Denzelle Good abruptly retired at the start of camp, leaving even more questions as to what the starting O-line will look like.

Las Vegas allowed 40 sacks and ranked 18th in adjusted sack rate at Football Outsiders in 2021. The 2022 schedule brings that protection facemask-to-facemask with plenty of pass rushes that either ranked Top 15 in pressure rate or in total sacks.

The schedule alone paints an uphill climb for the Raiders in 2022. Las Vegas ranks out T-7th in standard strength of schedule and my QB SOS pits the Raiders against the fourth-rated sked of rival quarterbacks.

Vegas just so happen to play its weakest opponents on the road, save for a Week 7 home stand with Houston (which may be the only clear-cut win for this team). The calendar is bookended with playoff contenders and the middle stretch — while featuring some softer opposition — puts Vegas on the road in four of five weeks.

The lookahead lines are all over the place with this team in 2022. Early spreads released in the spring pegged the Silver and Black with 9.5 wins while other books have Las Vegas as a favorite in only seven games with two pick’ems. And there’s some major discrepancy in individual game lines as well, by as much as 2.5 points (+4 to +6.5 at L.A. Rams in Week 14/-1.5 to +2 vs. 49ers Week 17).

This offense is going to be tough to stop, and if they get in front of teams early, Chandler Jones and Maxx Crosby give them a very good pass rush. Could be an Over team.

McDaniels’ offense had better be ready to go because the first three weeks of Raiders football will keep the scoreboards humming, according to the lookahead totals.

Week 1 picks up where Week 18 left off, sending Las Vegas to SoFi to challenge the Chargers. This is a big revenge spot for the Bolts after getting bounced from the playoff picture in that instant-classic OT finale. Las Vegas opened as big as +4 but has trimmed to +3.5 while the total has climbed from 51.5 to 52.5 points. These foes have gone 3-1 O/U since the move to Sin City.

The home opener brings Arizona’s $230 million man to the high-roller tables of Las Vegas in Week 2, with the Raiders giving 2.5 points to Kyler Murray & Co. This is another tall total, set at 51 points. In two years in the Silver State, the Raiders are 11-4-1 Over/Under vs. totals of 50-plus points. Funnily enough, they’re just 6-10 straight up in those shootouts.

Considering the state of the Seahawks, this late-November non-conference contest should be a gimmie for Raider Nation, right? Not so fast, Cadillac.

This Week 12 road trip will actually be the second of back-to-back road games and Vegas’ fourth away game in the past five weeks. The Raiders play at New Orleans in Week 8 and at Jacksonville in Week 9 (two 1 p.m. ET starts). They get to come home to host Indianapolis in Week 10 before climbing the mountain to Denver in Week 11 (thin air) and heading to Seattle in Week 12.

Not only is this a struggle of a schedule spot but Las Vegas could also fall into a lookahead trap in the Emerald City, as it hosts the rival Chargers the following Sunday.

Oddsmakers haven’t been shy with the points when it comes to the Raiders’ 2022 lookahead totals, after Las Vegas brought in Adams and an offensive-minded head coach. Las Vegas, which finished 8-10 Over/Under in 2021, has 11 totals of 48 points or more and five with numbers of 50-plus.

A scattered offensive line could spoil all the scoring for the Raiders, but Las Vegas can counter that if its own pass rush makes problems. For all the quality quarterbacks coming down the pike, Vegas also plays some mid-tier to plain bad QBs — most notably in the second half of the season.

I think the market is overreacting to the additions in Sin City as well as the AFC West arms race and there is value to hit Unders if Jones and Crosby go HAM up front.

Derek Carr threw a career-high 14 interceptions in 2021 but also passed the ball on almost 63% of his team’s snaps and finished fifth in attempts with 626 passes.

Expect that activity to dip as McDaniels tries to find a better balance in the play calling, using a deep group of running backs to help take pressure off Carr while also chewing up a little clock and keeping the ball away from opponents.

During his final two years in New England, McDaniels ran a lot — mainly because he no longer had Tom Brady. But, even in the Pats’ heydays, a steady stream of RBs got their share of touches and short passes.

Carr has done well to tame his turnover troubles in recent seasons, throwing just 27 total INTs between 2018 and 2020. He’ll limit those mistakes again in 2022.

Coming from the gambling Mecca, the Raiders know what to do when catching a pile of points: Cash in.

In two seasons in Sin City, the Silver and Black are 7-3 ATS when set as an underdog of +4 or higher, including a 4-2 ATS count with those girthy spreads last season. The Raiders have a number of short spreads on the board in 2022 but get four or more points in a few spots. 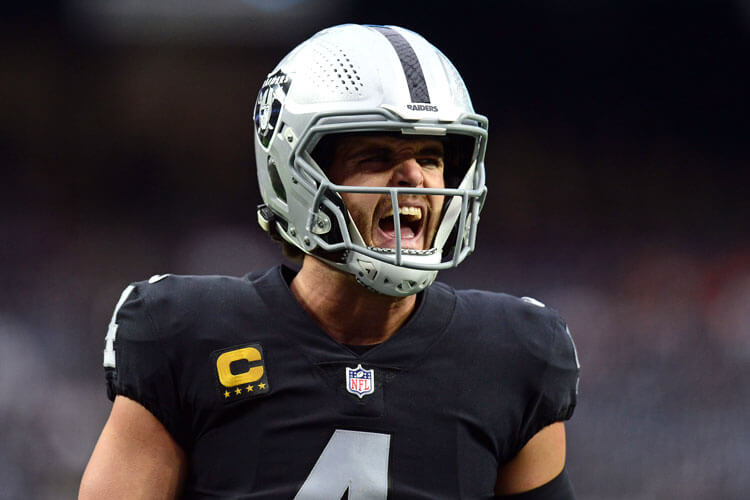