Chargers vs Texans Week 4 Picks and Predictions: Pierce's Rookie of the Year Push Heats Up 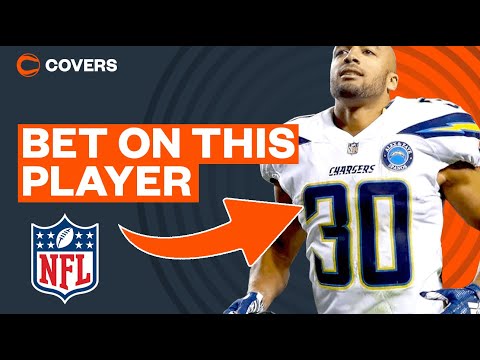 The Los Angeles Chargers were one of the dark horses to win the Super Bowl and Justin Herbert was widely thought of as a potential MVP candidate. After three weeks, the Chargers are 1-2 with Herbert playing injured, and now they’ve lost Keenan Allen for the short term and Rashawn Slater for the long term.

Ahead is a trip to NRG Stadium to face the Houston Texans, who currently sit 0-2-1. Don’t miss our NFL picks and predictions for the Chargers vs. Texans.

Chargers vs Texans picks and predictions

Despite having not picked up a win this season, there has been room for excitement for the Texans, and the performance of Dameon Pierce has been one of those. The running back was drafted in the fourth round of this year’s NFL Draft and became a fantasy darling after seizing the backfield during the preseason.

Over the past two weeks, Pierce has been involved in over 80% of his team’s carries, something that only he, Leonard Fournette, Christian McCaffrey, and Josh Jacobs have done. He’s getting elite usage and has 35 carries in the past two weeks. He’s been impressive in those games, picking up 69 yards and 80 yards, respectively, and now faces a Chargers team who should give him a chance.

Last week, the Chargers gave up 100 yards to James Robinson and another 45 to Travis Etienne, with Clyde Edwards-Helaire grabbing 74 yards in Week 2. While game script may not be in Pierce’s favor, with the Texans likely to be chasing the game, it’s worth noting that Pierce has still been given the rock when the team has been chasing a lead.

He fumbled twice against the Bears but Lovie Smith has confirmed he shall remain the starter and we should again expect a big workload for the former Gator. It’s clear that he’s got talent and should be relied upon to go Over 63.5 rushing yards on Sunday against the Chargers.

Question marks around the health of Justin Herbert have led to some confusion in the markets and the Texans have gone from 6.5-point underdogs to 5.5-point dogs. It looks like we will see Herbert, but he’ll probably be inhibited slightly, as he was against the Jaguars.

The Chargers haven’t been at their best this season, and not at the level that we expected, but there’s no shame in losing to the Chiefs and there were health issues that impacted them in that defeat to the Jaguars.

The Texans managed a tie in Week 1 against the Colts but since then they’ve slumped to defeats against the Broncos and Bears, two teams who haven’t really looked like playoff-worthy teams so far.

With a 3-8 ATS record in their last 11 games in October, I’m expecting the Texans to struggle against the Chargers, who might look to rely on Austin Ekeler more than they have so far this season, especially with Herbert still not at 100%.

For those reasons, I’d lean towards backing the Chargers to cover but in truth, it’s safer to wait until definitive news around Herbert’s health or focus your wagering on other markets.

The total points line opened at 46 but has dropped to 44.5. We still don’t know what to realistically expect from Herbert, so I’d suggest caution. Despite that, if I were to bet, I’d certainly take Over 44.5 points.

The Over is 5-1 in the Chargers’ past six games against teams with losing records. It’s also 4-0 in the Texans’ past four games following a loss.

Before last week’s defeat to the Jaguars, the Chargers had scored with ease, putting up 48 points on the Chiefs and Raiders in two games. The reality is that the Jaguars’ defense is far better than many thought, with Devin Lloyd and Travon Walker being great additions who have tipped them over the edge and turned them into an excellent unit.

My lean would be on this going Over but again, I’d urge caution until we know for certain if Herbert will be playing.

The Over is 7-1 in the Chargers' last eight games on FieldTurf. Find more NFL betting trends for Chargers vs. Texans.

Chargers vs Texans Week 4 Picks and Predictions: Pierce's Rookie of the Year Push Heats Up
Provided by