Nebraska's gotten off to such a disastrous start that it's canned its coach already. With one of the best teams in the country rolling into town for Week 3, we're not predicting anything better for the Huskers with our college football picks. 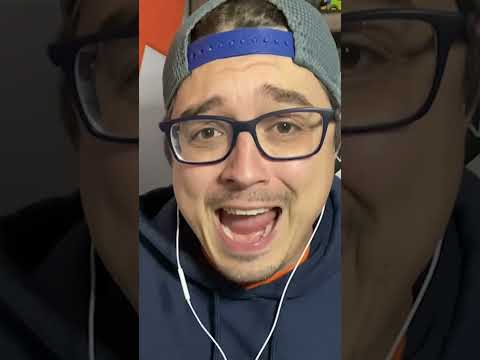 An embarrassing 45-42 loss to Georgia Southern as 23-point favorites, in Lincoln, was the final straw for shot-callers at Nebraska, and Scott Frost was axed just three games into his fifth season as the head coach of the Cornhuskers.

Nebraska and interim coach Mickey Joseph won’t have much time to process the transition as No. 6-ranked Oklahoma comes to town on Saturday.

The Sooners haven’t been flawless in Brent Venables's first season in Norman, but they enter this game 2-0, and transfer quarterback Dillon Gabriel is starting to find his rhythm. They’ll go against a Nebraska defense that has struggled early and often.

I’ve got a bet that will take advantage of that. Find out what it is in my best college football picks and predictions for Oklahoma vs. Nebraska.

Oklahoma vs Nebraska picks and predictions

Do you want to know how badly the decision makers at Nebraska wanted Scott Frost out after last week’s loss? If they had waited until Oct. 1, Frost’s buyout would have dropped from $15 million to $7.5 million.

Frost’s tenure in Lincoln was clearly a disappointment. No winning seasons and never qualifying for a bowl game. But one thing Frost didn’t really have to worry about at Nebraska was his defense. That changed this season and ultimately cost him his job.

In two games against FBS opponents this season (the two losses), the Cornhuskers have been embarrassingly bad on D. Nebraska is allowing a jaw-dropping 585 total yards per game. That ranks 130th in the country. Out of 131 teams.

Georgia Southern quarterback Kyle Vantrease threw for over 400 yards last week. And hell, the Cornhuskers even made Northwestern signal caller Ryan Hillinski look like a competent quarterback. That’s hard to do.

Now, that defense has to deal with Dillon Gabriel and the Sooners' offense. Gabriel is a transfer from UCF who threw for over 8,000 yards and 70 touchdowns during his time with the Knights. And while it hasn’t been a perfect start for the Sooners, Gabriel looks like he's starting to find his rhythm and is showing signs that this offense could take off.

Gabriel's thrown for 529 yards with five touchdowns and no interceptions, which is fine and all. But his 70.6 completion percentage and 10.4 yards per attempt are both career-highs.

Nebraska has allowed an average of 38 points per game against FBS opponents, and that was against Northwestern and Georgia Southern. They even allowed 17 points to FCS North Dakota. Not North Dakota State, mind you. Just plain old North Dakota.

I think the Sooners put up a 40-burger in this one and eclipse their team total in the process.

A) Sooners, Georgia Bulldogs, and Cincinnati Bearcats each cover -17.5 spread on 9/17 BOOSTED to +475 at Caesars! Bet Now

B) New users at BetMGM can bet $10 and get $200 in free bets if any college team scores a touchdown! Sign Up Now

This line opened with Nebraska as nearly two-touchdown underdogs, but then the news dropped that Frost was fired and books made an adjustment with the belief the Cornhuskers will play a little more inspired under interim head coach Mickey Joseph. Oklahoma is now laying just 10.5 points as of Thursday evening.

However, I think this is a bit of an over-adjustment. Yes, there is a new leader in that locker room. But he is still a member of Frost’s staff, likely running Frost’s system, with all of the same players who have struggled mightily to this point in the season.

This is a Nebraska team that has been favored by 12, 29, and 23 points in its first three games. So, with the team going 1-2 straight up in those contests, it’s not shocking the Huskers are also 0-3 ATS. And now you only have to play just over 10 points with a Sooners team that seems to be getting better with each snap?

While I don’t have an official play here, I would lean towards laying the points with the Sooners in this one.

While I like the Sooners to go Over their team total, I’m just not confident in the Cornhuskers' ability to do their part in this one to send the game Over the full-game total, now that it has been bet up to 65.5.

For starters, Brent Venables is already working his magic on the Oklahoma defense. The Sooners' defensive line has dominated the line of scrimmage through two games, allowing just 2.3 yards per rush, and have allowed just 16 points this season.

Theoretically, Nebraska is the best offense Oklahoma has faced this season but the Sooners have the ability to make the Cornhuskers one-dimensional, forcing Nebraska QB Casey Thompson to throw more. And that hasn’t gone great to this point. Thompson is completing just 63.9% of his passes and has already been picked off three times.

The uncertainty of Nebraska makes the total a stay-away for me.

Nebraska is 1-5 ATS in its last six games at home. Find more NCAA betting trends for Oklahoma vs. Nebraska. 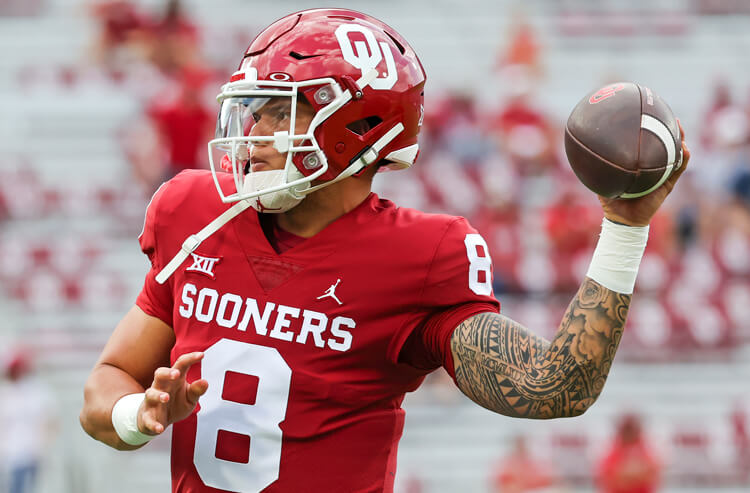