Heisman Trophy odds were tight for much of the 2021 season, with Alabama quarterback Bryce Young being crowned the winner after battling with Ohio State freshman signal-caller C.J. Stroud.

Stroud and Ohio State missed out on a National Championship opportunity last year, but the Buckeyes' star is once again in the mix with Young (looking to win it back-to-back) and a new face from SoCal.

Where does the rest of the field sit? Find out with our latest look at the 2022 odds to win the Heisman Trophy.

Favorites to win the Heisman Trophy

Despite Ohio State missing out on the College Football Playoff, C.J. Stroud finished fourth in Heisman Trophy voting in 2021 as a redshirt freshman and is now once again well in the mix to win it this season. He threw for 44 touchdowns (third in the nation), 4,435 yards (fifth), completed 71.9% of his passes (fourth), and had just six interceptions.

Despite his quiet day against Notre Dame in Week 1, Stroud has been rolling with 999 yards and 14 TDs in the following three games — including five over Wisconsin over the weekend — and has now separated himself as the favorite heading into Week 5.

After taking the reins from Mac Jones, who went to the NFL, sophomore QB Bryce Young claimed Alabama's second straight Heisman — and is one of the favorites to keep the trophy in Tuscaloosa for a third consecutive year. If successful, Young would be only the second person to win multiple Heisman trophies (with the other being Archie Griffin in 1974 and 1975).

Young finished second in the nation in 2021 with 4,872 passing yards and 47 touchdowns — while throwing just seven interceptions — as the Crimson Tide went 13-2, claimed the SEC title, and advanced to the CFP National Championship.

While he struggled for much of the Texas game in Week 2, his composure and heroics were needed to somehow squeak out a 20-19 victory. He's also compiled over 1,150 total yards with 15 total TDs (13 passing, two rushing) and should remain inside the Top 3 as long as Alabama stays undefeated.

Caleb Williams had an impressive year as a true freshman for Oklahoma. First, he came in midway and led a massive comeback win against Texas. Then he usurped preseason Heisman favorite Spencer Rattler and went 5-2 as a starter for the Sooners, throwing 21 TDs against just four interceptions, and leading 11-2 OU to a win in the Alamo Bowl over Oregon.

Despite throwing for 874 yards and eight touchdowns (74.4% completions) in his first three starts for Lincoln Riley, Williams and the high-powered USC offense were seemingly held in check on Saturday night, scoring just 17 points in a 3-point win at Oregon State to move to 4-0.

Most sportsbooks will display odds in the American format as listed above. When Bryce Young separated from the Heisman Trophy pack at the end of the 2021 season, his odds had a minus (-) sign ahead of the number.

That meant that a bettor had to wager $4,700 to win $100 by betting on Smith. Since this year's race is in the earliest stages, there are no odds-on favorite, and candidates currently have a (+) sign in front of their number.

Here are a few trends to keep in mind before placing a bet on college football's biggest individual award.

• Quarterbacks have dominated this award over the last 20 years with 16 Heisman winners playing under center. Only one non-skill position player has ever won this prestigious trophy (Charles Woodson in 1997) and the last wide receiver to take home the award prior to DeVonta Smith was Desmond Howard in 1991.

• The Heisman trophy winner usually comes from a team with a shot at winning the national title. Since 2000, 14 Heisman trophy winners have played for teams that made it to the national championship game (including Reggie Bush, who later had his trophy vacated for breaking NCAA rules). If you're handicapping the Heisman you might want to consider looking at which teams have the best chance of winning the title on the NCAA futures odds board.

• Historically, seniors dominated this award. But even though DeVonta Smith won the Heisman in 2020, he is one of only three seniors to win the Heisman in the last 14 years. Over that span, two freshmen, four sophomores, and five juniors have claimed the prize.

A quick look at recent Heisman trophy winners, their position, and the school they played.

Quarterbacks have won 16 of the last 20 Heisman Trophies. 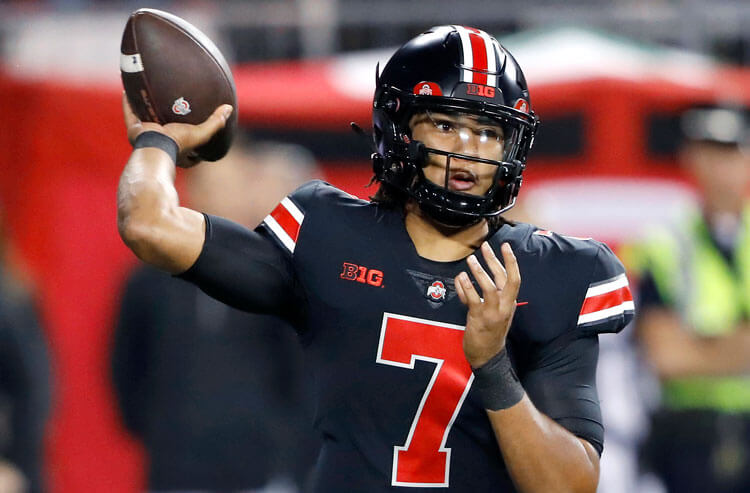