Florida State vs Louisville Odds, Picks and Predictions: Nothing Easy for the Cardinals

The Seminoles enter this game 2-0 with a good shot at staying unbeaten against a Cardinals team that has struggled to score. Our college football betting picks for Florida State vs. Louisville highlight just how bad the Cards' offense is. 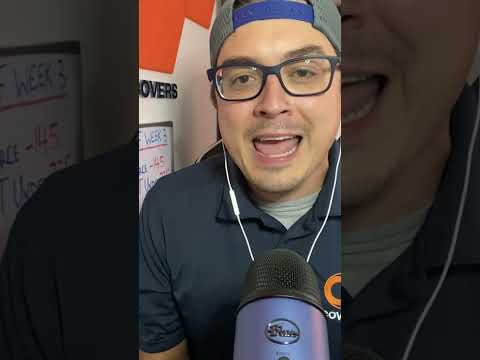 Are the Florida State Seminoles finally starting to turn the corner in the Mike Norvell era? FSU has opened the season 2-0 and will look to ride that momentum when it kicks off Week 3 of the college football season with an ACC matchup against the Louisville Cardinals.

The Cards bounced back from an abysmal showing against Syracuse in their opener by upsetting UCF on the road last week. However, Louisville still had trouble putting points on the board.

Will that change against what looks like a much-improved Seminoles' defense? Find out in my best college football betting picks and predictions for Florida State vs. Louisville.

Is there a light at the end of the tunnel for Florida State? Are the Seminoles starting to show some signs of a return to relevancy in the ACC? Well the team, if nothing else, is off to a good start this season.

FSU followed up its season-opening win over FCS Duquesne by upsetting LSU 24-23 as 4-point underdogs in what was a neutral-site game in name only in a matchup that took place at the Caesars Superdome in New Orleans.

Quarterback Jordan Travis has looked solid and reliable in FSU’s first two wins, completing 64.6% of his passes for 467 yards, two scores, and no interceptions this season. Meanwhile, the three-headed monster at running back of Treshaun Ward, Trey Benson, and Lawrance Toafili have combined for 406 yards at over six yards per carry.

But it’s the emergence of the Seminoles’ defense that should have the FSU fan base buzzing. Florida State limited LSU to 10 points through 56 minutes before a late Tigers comeback while also holding them to 5.3 yards per play — but that wasn't all.

LSU dual-threat QB Jayden Daniels did some damage on the ground, but the Seminoles gave him nightmares in the pocket, limiting him to 5.9 yards per attempt and sacking him four times.

Now, that defensive front will have to deal with another strong dual-threat QB in Louisville’s Malik Cunningham.

Cunningham and the Cardinals rebounded after a humiliating season-opening loss to Syracuse by upsetting UCF at the bounce house 20-14 as 5.5-point underdogs. But while Cunningham led his team to a much-needed dub — thanks to 121 rushing yards and a score — he struggled to throw the football.

Cunningham battled his accuracy completing just 48.3% of his passes against UCF and now must compete against a much more talented Florida State defensive front.

Louisville has scored just 27 points all season and now must face off against a well-rested Florida State team that is the toughest defense the Cardinals have faced this season, and you are giving me their team total at 27.5? Under all day.

A) New users at BetMGM can bet $10 and get $200 in free bets if any college team scores a touchdown! Sign Up Now

Florida State opened this ACC matchup as slight 1.5-point road favorites and it’s the Seminoles who have seen the early money — moving the line to FSU -2.5.

Malik Cunningham should be able to make some things work with his legs but the Louisville passing game looks like a mess. Scott Satterfield seems committed to keeping Cunningham in the pocket more this season. Unfortunately, he just doesn’t have the support around him as he’s had in the past.

Then there is the Cardinals’ defense. Louisville is allowing teams to run for 5.3 yards per carry through two games against Syracuse and UCF, ranking 109th in the country. That is less than optimal going against a team like FSU that has so many options to run the ball with.

Meanwhile, Jordan Travis will be the most talented quarterback the Cardinals have faced this season from a passing standpoint. He is coming off an impressive performance against a talented LSU team where he went 20-for-32 for 260 yards and two touchdowns with no picks.

Travis is a difference maker in this matchup and Florida State's defense has a big edge over its Louisville counterpart. Even though I don’t have an official play in this one, I would lean towards laying the points with the Seminoles at less than a field goal.

When it comes to the total, it hit the board at 54.5 and all the early money has come in on the Over, moving the number up to 56 as of Tuesday afternoon. I’m not sure how I feel about that.

I’ve already explained why I think it will be another game where the Cardinals will have trouble scoring. Yes, I get that this is their first home game of the season they're coming off a big bounce-back win. However, the offense has been incredibly inefficient and this will be the best defense they’ll go against to this point in the season. I’m not ready to concede that a Louisville team that has scored just 27 points this season will suddenly break out against this Florida State defense.

It's also hard to figure out what sort of output Florida State will get. The Seminoles put up 27 points against an FCS opponent, then scored 24 in what was basically a road game against an SEC opponent. My guess is somewhere in the 27–31-point range. With me having Louisville go Under its team total, that’s enough to have me leaning towards the Under on the full game total.

Louisville is 12-28-1 ATS in its last 41 games vs. a team with a winning record. Find more NCAA betting trends for Florida State vs. Louisville.

Florida State vs Louisville Odds, Picks and Predictions: Nothing Easy for the Cardinals
Provided by