This Tigers team may have their best defense of the Dabo Swinney era but Sam Hartman and the Demon Deacons aren't easily stopped. We break down this offense vs. defense matchup with our Clemson vs. Wake Forest picks. 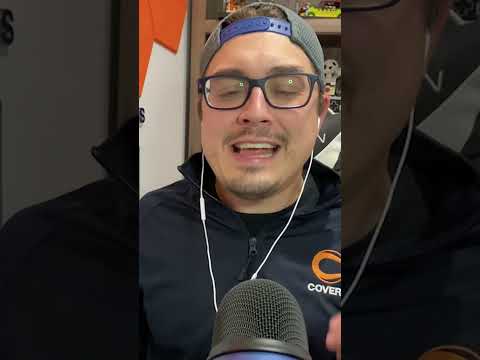 Clemson and Wake Forest do battle in one of the first big ACC matchups of the college football season. Both teams come into this game with perfect 3-0 records with the Tigers ranked fifth in the country while the Demon Deacons are a respectable 21st.

Now, Clemson has generally cruised through its first three games thanks to an elite defensive front seven, but questions still linger about their play at quarterback.

That’s not the case for Wake Forest, who was thrilled to welcome Sam Hartman back into the fold after an offseason medical issue initially made those around the program fear he might not play this season.

Hartman vs. the Clemson defense is the biggest matchup in this game and while I give the edge to the Tigers, there is a number out there giving them a bit too much respect. Find out what it is in my best college football picks and predictions for Clemson vs. Wake Forest below.

It was alarming just prior to the season when it was announced that Wake Forest star quarterback Sam Hartman would miss time with a “non-football related medical condition.” The concern was immediately for his long-term health when it was revealed Hartman had a blood clot in his chest.

Football became an afterthought, as it sounded like this was the type of thing that could cost Hartman his career, but he underwent a procedure to remove the blood clot, was cleared to play, and missed just one game. Incredible stuff.

Hartman has looked comfortable in his return and picked up where he left off last season, when he threw for 4,229 yards and 39 touchdowns. Hartman already has 625 yards and seven touchdowns through his first two games.

Now, the junior signal-caller prepares for arguably his biggest test of the football season as Wake Forest welcomes rival Clemson to town.

The Tigers’ defensive front seven is one of the best of the Dabo Swinney era and full of NFL talent. However, the secondary has not been as strong and is now dealing with some injuries heading into this matchup with the Demon Deacons.

Starting cornerback Nate Wiggins and safety Andrew Mukuba were unavailable for last week’s game against Louisiana Tech due to undisclosed injuries, while CB Sheridan Jones had to leave the game with another injury. Those losses were felt.

Louisiana Tech QB Parker McNeil threw for 311 yards in a 48-20 loss, while the game prior the Tigers allowed FCS Furman and QB Tyler Huff to complete 30 of 39 passes for 256 yards. No disrespect to those guys, but they aren’t Hartman.

The injuries just aren’t in the secondary, either, as the front seven has taken some hits. Defensive tackle Tyler Davis missed last week's game and so too did end Xavier Thomas, who is still recovering from an offseason foot surgery.

The Tigers have the depth to deal with those, but it certainly doesn't help their cause. That depth isn’t the same in a secondary that already ranks 87th in the country in passing yards allowed per game.

With the Tigers allowing 17 and 20 points the last two weeks against lesser opponents, we're backing Hartman and the Demon Deacons to take advantage of the depleted Clemson defense and do just enough in this one to go Over their team total.

Clemson opened this ACC matchup as a 7- or 7.5-point favorite depending on the book, but I’ll tell you, the underdogs are tempting in this matchup.

A quick look at the Tigers' boxscores and it appears they have cruised through this point in the season. A deeper look reveals some cause for concern.

Clemson is 1-2 ATS this season and could easily be 0-3 ATS, all in games in which the Tigers were laying at least 24 points.

In their season-opening 41-10 win over Georgia Tech, the Tigers were up by just one score late in the fourth quarter.

FCS Furman gave them far more trouble than they should have, coming nowhere close to the 45.5-point chalk in a 35-12 win.

And, even last week, Clemson let Louisiana Tech hang around, leading it just 13-6 at the half before failing to cover the 33.5-point spread once again in a 48-20 final.

Yes, the Clemson defense has some issues, but this all comes back to the play under center. D.J. Uiagalelei is completing just 59 % of his passes for just 7.1 yards per attempt in his two games against FBS defenses.

Now, Wake Forest’s defense is not great, but going on the road to an ACC rival is always tough. Even in last year's game against Wake, Uiagalelei completed just 11 of 19 passes for 208 yards.

At +7.5, it feels like books are begging you to take the home dog. While I'm leaning that way, it's hard to trust the Demon Deacons' defense enough to put a play on the side.

When it comes to the total, it hit the board at 56.5 but the early money has come in on the Under, bringing the number down to 55.5. That said, I would lean towards the Over here.

For starters, these two teams blew past the total in last year’s matchup, which was a 48-27 Clemson victory at Death Valley, and I could see a somewhat similar result this year.

We’ve already talked about how the Deacs and Hartman are set up for at least some success in this matchup, but the Tigers are the betting favorites to win the ACC for a reason.

Not only do they have a strong defensive line, but they are also strong in the trenches on the other side of the ball as well. The Tigers' offensive line has done a good job of opening up holes for star running back Will Shipley, who is averaging 7.9 yards per carry and has scored six touchdowns already this season.

While the Wake numbers on defense are OK for now, it hasn't been challenged to this point and ranked 106th in the country in yards allowed per carry a season ago.

Shipley was a big reason for the win over Wake Forest last season as well, rushing 19 times for 112 yards and two scores.

There should be enough scoring in this one to go Over the number once again.

The Over is 7-2 in Demon Deacons' last nine games vs. a team with a winning record. Find more NCAA betting trends for Clemson vs. Wake Forest. 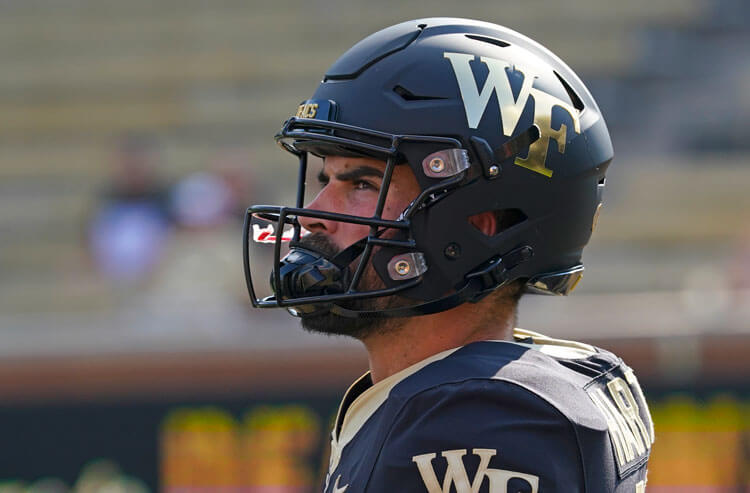