Shai Gilgeous-Alexander's had to spend most of his career toiling away in Oklahoma City, but apparently, he's done being under the radar. With SGA torching opposing defenses, he sits atop the Most Improved Player odds one month in.

As we're into a season where competitive parity appears to be at an all-time high, the breakout of a new star player could be the difference between playoffs and lottery balls, or championship aspirations being dreams or reality for a number of teams.

The NBA's Most Improved Player odds are usually tight at this point in the season, but one particular standout is making the league serve notice.

The early NBA odds suggest Thunder guard Shai Gilgeous-Alexander has next. See who else is among the NBA MIP contenders.

Odds courtesy of DraftKings Sportsbook as of November 22, 2022.

We're sure plenty of people haven't been paying attention because, well, you know, Thunder, but Shai Gilgeous-Alexander is a f***ing problem.

SGA put up fairly gaudy numbers each of the past two seasons, but his presence on a small-market tanking franchise not only limited his exposure but his actual time on the court as OKC shut him down late in the season.

Well, Shai wasn't having it this season. He's putting everyone on notice. 31.1 ppg on .526 shooting as a guard will do that. Gilgeous-Alexander's getting to the line for a career-high 8.2 free throws per game, and hitting them at a stellar .908 clip.

SGA's also putting up career highs in steals and blocks, averaging an absurd 3.2 combined. If he keeps putting up these numbers, no amount of Thunder losses will prevent the masses from knowing he's the truth.

The Utah Jazz have unquestionably been the pleasant surprise of the early season, and chief among the many guys playing above their preseason projection is Lauri Markkanen.

Cast aside by the Bulls and Cavs, the 7-foot Finn is having a renaissance in Utah. He's matching or besting his career highs in virtually every box score stat, including 22.4 ppg to lead the Jazz who, against every conceivable notion, have the best record in the West.

Markkanen's rebounding rate is also up noticeably from last year's anemic pace, and while that may have as much to do with him no longer playing out-of-position as an effective small forward in Cleveland, the optics are great for an MIP narrative.

Tyrese Haliburton has a great profile to win MIP. He's an obviously talented youngster with a diverse skill set and brilliant IQ, who was heavily handicapped by his surroundings in Sacramento — both in terms of his opportunity and the tire-fire organizational culture.

Given a midseason change of scenery in Indiana, he blossomed, and is taking the next step in 2022-23.

So far, he's made the most of his central role in the Pacers' offense, averaging 20.4 points and an NBA-leading 10.7 assists about as efficiently as possible while piloting surprise Indiana into the playoff picture.

Looking to bet on some NBA action? Here are two of the best bonuses* available:

*Eligible USA locations only. Also, check out our full list of NBA promo codes for 2022.

Ja Morant of the Grizzlies won last year's MIP award. No player has ever won in consecutive seasons.

The Indiana Pacers and Orlando Magic have both had five players win MIP.

Generally no, but no true center has won since Jermaine O'Neal in 2002. 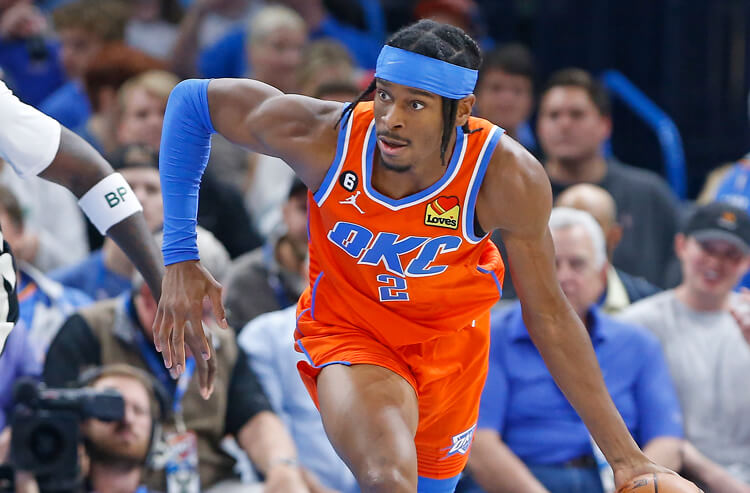 Lakers vs Bucks Picks and Predictions: Fit for a King
Ryan Murphy | Dec 2, 2022

Bulls vs Warriors Picks and Predictions: Can Chi-Town Bring Wind on the Road?
Daniel Dobish | Dec 2, 2022