While a trade from the Warriors is unlikely, Draymond Green next team odds have been popping up at sportsbooks with Golden State still stuck in the mud well into 2023. See where the embattled forward could wind up.

Draymond Green isn’t exactly having a 2022-23 to remember.

Between the preseason Jordan Poole punch, discourse hinting at a future elsewhere, and the Golden State Warriors’ sub-.500 status on the lower fringe of the play-in bracket, the past few months have been filled with turmoil for Green.

Some sportsbooks have even gone as far as posting Draymond Green next team odds, with the Dubs possibly seeing their window to contention closing right before their eyes.

While it’s unlikely Draymond is dealt anytime soon, with NBA trade season officially upon us, let’s check out the NBA odds for where Green could hypothetically wind up.

Looking to do some NBA betting? Here are two of the best bonuses* available:

Draymond Green's situation at a glance

For a future Hall-of-Famer and franchise legend who just played a crucial role in an NBA title run, Draymond Green's future with the Golden State Warriors has come under a fair bit of scrutiny this year.

For starters, Green's not getting any younger, or cheaper. He'll be 33 before the regular season finishes, due over $27 million next year, and to re-up at a rate scaled to the league's bloating salary cap next summer. With the Warriors already feeling the cap burn of their aging dynasty, it's logical that he'd be among the first names to question shedding as Golden State begins shifting towards the future.

It didn't help matters much that Draymond snuffed Jordan Poole (whom the Warriors recently gave $140 million) in a preseason practice, nor that video of the attack and its pure viciousness was leaked and seen by millions.

Then, once the season started, the Warriors were mired in championship hangover that they've yet to shake, despite Stephen Curry posting far superior numbers to last season. As they to tend to do when expectations aren't being met, trade rumors have thus begun to swirl in Golden State, as podcast pundits wonder if it's time to blow this iteration of the Dubs up.

While the current situation seems dire, detonating a team that won the NBA championship six months ago would be a fairly knee-jerk reaction. As such, it's not surprising to see the Warriors as heavy favorites to retain Green's services. More on that below.

The Warriors very likely could make moves during NBA trade season, but they're far more likely to be on the fringes of their rotation, bolstering rather than blowing up.

Draymond's a well-entrenched star and fan favorite in the Bay Area, who despite some questions about his longevity, is still crucial to Golden State's identity on both sides of the ball.

Not only is he still one of the league's best defenders, but despite his declining viability as a scorer, his playmaking remains among the best in the business, especially when considering almost a decade of synergy built up with Curry and Klay Thompson.

Not only would a Green trade force a big pivot in identity for the Dubs, but it would be difficult to find equal return given his franchise presence, even if declining returns are imminent.

If a trade is in the near future, the offseason — after GSW's had a chance to fully see its runback through — seems like the time for it to happen.

The Lakers have even fewer proverbial paddles than the Warriors as they drift waywardly upstream. With LeBron James' career ticking away precious games, the Lakers sit outside the play-in, praying James and Anthony Davis can stay healthy long enough to mount a postseason run.

Although this team is clearly miles from true contention (and a dice roll to even be at full strength come April), there's been much media furor about the need to maximize James' twilight and go all-in now, even if it means mortgaging the Lakers' future by dealing away the only first-round draft picks they're still eligible to trade this decade.

L.A.'s cupboard of future assets was stripped bare by the Davis trade, and poor roster management on the fringes has left the Lake Show in need of supporting cast members far sooner than it anticipated.

Few things are as dangerous as a desperate team under an intense media spotlight, and there's no telling just what might happen in Hollywood over the coming weeks. But with L.A. having already dealt for Washington's Rui Hachimura, their need for another new forward might not be pressing. 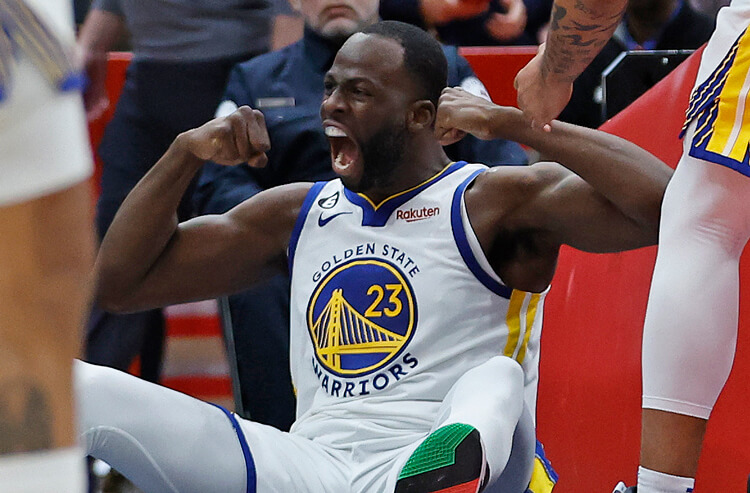 Lakers vs Pelicans Picks and Predictions: Davis Back in Form on ESPN
Rory Breasail | Feb 4, 2023