Despite falling short at the end of 2022, Chase Elliot finds himself atop the odds board to win his second season-long title at +550. 2021 champion Kyle Larson trails just behind at +600 — check out the full NASCAR Cup Series opening odds below.

A new year means a fresh NASCAR season is just weeks away, with the headlining Daytona 500 odds also around the corner.

Last season saw Joey Logano claim his second season-long title, and while he's certainly in the mix to repeat at +1,200, he's not in the top tier of favorites.

We break down that top tier — including solo favorite Chase Elliot — and more in our full NASCAR Cup Series odds below.

Looking to do some NASCAR betting? Here are two of the best bonuses* available:

Elliott won the Cup Series in 2020 and is back atop the title odds board to open the 2023 campaign. He piled up five wins and 12 Top-5 finishes but ultimately fell short of his second Cup Series win in 2022.

However, finishing inside the Top 4 in each of the last three seasons means another run at the title is likely in 2023.

After completely dominating in 2021, Larson entered 2022 as a clear favorite to repeat but actually took a significant step back. Three wins compared to 10 and 13 Top 5s compared to 20 in 2021 resulted in just a seventh-place finish in the season-long standings.

Either way, it's no surprise to see him near the top once again, albeit in a much tighter odds board.

Hamlin's 2022 campaign featured two wins among 16 Top 10 finishes and a fifth-place result in the Cup Series standings — add that up and you get his worst season since 2018.

However, he's finished inside the Top 6 in six of the last seven seasons, making him an annual preseason favorite.

Chase Elliot is the solo betting favorite to win the 2023 NASCAR Cup Series, available at +550. 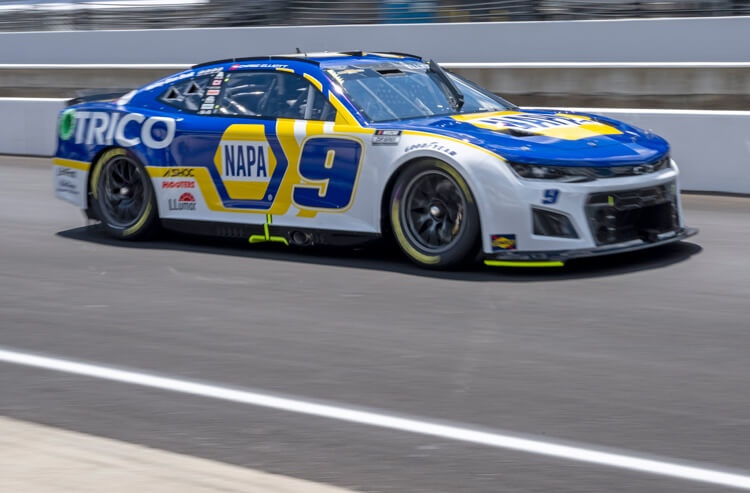