Toronto FC have been dreadful on the road, and careless in the opening minutes of recent matches. We're backing home favorites CF Montreal to strike early and not look back with our MLS betting picks for Saturday's action.

It’s another rivalry match in Major League Soccer this weekend, when bitter foes CF Montreal and Toronto FC square off on Saturday evening. The hosts will be looking to shake off a stunning 2-1 home defeat to Sporting KC and end a two-match losing skid, while Toronto hopes their roster overhaul will result in their first victory in five matches.

While Lorenzo Insigne is still unavailable due to injury, Toronto hopes a shake-up will allow them to solidify their defenses against a team they defeated 4-0 last month in the Canadian Championships. Montreal, on the other hand, will look to jump on the visitors early and claim their third straight win at home over their rivals.

Let’s break down how to bet the match in our CF Montreal vs Toronto FC picks and predictions for Saturday, July 16.

It will be picturesque in Montreal on Saturday evening, with zero chance of rain and temperatures at kickoff hovering around 80 degrees. Winds will have no bearing on proceeding, with gusts expected to top out at 5 mph.

Since claiming the top spot in the Eastern Conference for a brief moment, it’s been a bit of a stumble for Montreal. Losers of two straight since that time, their 2-1 defeat at home to the worst team in the Western Conference last weekend saw them waste an early lead and has now seen them concede six goals in the last two outings. Since claiming victory in three of their first four home matches of the season, they’ve now won just two of the last five, conceding seven goals over the last four.

The absence of Djordje Mihailovic has left the side without someone who can truly take over a match, coinciding with a stretch that has seen them lose three of five. They’ve scored just one goal in those three defeats, being shut out twice, which is a far cry from the high-scoring side that was blanked just once in their first 14 outings.

One side Montreal won’t have to worry about shutting them out is Toronto. The visitors are mired in the fourth-longest run without a clean sheet in MLS history, according to Opta, with their 2-0 loss to Chicago on Wednesday night marking the 28th straight match in which they have conceded a goal. They’ve also kept just one clean sheet over their last 55 matches, which Opta states is the longest stretch in MLS history without multiple shutouts.

Bob Bradley’s side will look much different over the next few matches than it did at the start of the season, as Toronto pulls off a Football Manager type roster rebuild in the middle of the season. Some of the moves have been head-scratchers, such as the deal to send Alejandro Pozuelo to Inter Miami, but the addition of former All-Star Mark-Anthony Kaye from Colorado strengthens one of the worst midfield units in the league.

The issue for Toronto is that Insigne won’t be around for this one, and the moves they’ve made will require time to gel with the rest of the team. They’re also not enough for a side that has yet to win a single match on the road this season, and has been held without a goal in four of their last five away matches in MLS play. They’re heavy underdogs in this match, and rightly so.

Rather than lay a hefty amount of juice on Montreal, take them to lead at the break. Toronto have trailed at halftime in four of their nine road matches, having been outscored 9-6, while Montreal has led in six of their nine home tilts this season. They’ve also conceded just three first-half goals at home, and they’ve led Toronto at halftime in their last two meetings at home. Getting this at plus-odds is a steal.

Each of the last two aforementioned matchups between these two in Montreal has seen at least one goal scored before the break, with one having three tallies posted in the opening 45 minutes. The numbers point to it happening yet again. Look for the first half to see multiple goals for the sixth time in Montreal’s last seven matches, likely with the home side scoring multiple times against a defense that

What happens when you have a team that loves to score early, facing off against a team that seems to forget they have to defend from the opening whistle? You get a prime opportunity to make a hefty return on investment! In five of their nine home matches this season, Montreal has found the back of the net inside of a quarter of an hour, including each of the last two. They’ve also scored inside a half hour in their last four matches overall, and in six of their last seven.

As we mentioned earlier, Toronto has been blitzed early and often this year, but the opening minutes are when they seem to be at their worst. This is particularly the case away from home, where they’ve conceded inside of the opening seven minutes in all but one of their last five road tilts. Add the two together, and you have a recipe for a goal within fifteen minutes for the hosts — and a substantial payout to go along with it. 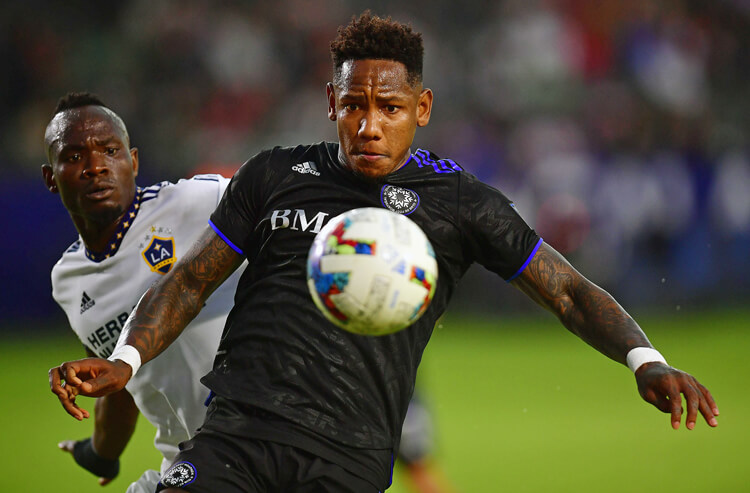