It’s another big game between two AL East foes and we're backing Toronto's star shortstop to continue raking as the Wild Card race is as tight as ever. Read more in our Rays vs. Blue Jays betting picks.

The Toronto Blue Jays continue their thrilling five-game series with the Tampa Bay Rays at the Rogers Centre tonight and after splitting yesterday’s double, the Jays will go for the series win when they hand the ball to Ross Stripling.

The Jays earned the split thanks to Alek Manoah’s version of the “Flu Game” and some late-inning heroics from Whit Merrifield and George Springer. Blue Jays shortstop Bo Bichette also continues to be a cash cow for total bases prop bettors thanks to his white-hot month of September.

So, don’t be shocked that today’s best bet involves Bichette. Find out what it is in our free MLB betting picks and predictions for this American League East battle between the Rays and Blue Jays.

The Blue Jays earned a much-needed split in yesterday’s doubleheader against the Rays and have taken two of the first three games of this rare five-game set. Lost in the dramatics of last night’s big win was the fact Bo Bichette continues to mash and cash his total bases props.

Bichette hit the Over on his total bases prop not once, but twice yesterday. The Toronto shortstop has now recorded two or more total bases 10 times in 13 games played this month.

In fact, Bichette has been molten lava hot since the start of September and it feels like his approach at the plate has settled down a bit and really turned him loose.

Bichette is doing a much better job of keeping his head down and letting the ball come to his bat and has been willing to take the ball the other way — and the results have been phenomenal. Bichette has tallied 27 hits in 56 at-bats (.482) in the month of September and owns an impressive 1.535 OPS. That includes 15 extra-base hits (seven dingers).

Meanwhile, the Rays have played the Blue Jays tough through the first three games and now hand the ball to one of their best starters in Drew Rasmussen. But really, all that is doing is giving us more value on the Over once again.

If you have been watching Bichette’s at-bats, it doesn’t matter who the guy is facing. A perfect example is his final at-bat in Game 1 of yesterday’s doubleheader against Rays' closer Pete Fairbanks.

Bichette was able to stay on top of Fairbanks’ 100 mph fastball and still cover the plate and guard against the devastating slider. He fouled off pitch after pitch in a lengthy plate appearance which showed just how locked in he is.

A) Vladimir Guerrero Jr., George Springer, and Bo Bichette to each record a hit BOOSTED to +165 at Caesars! Claim Now

The Blue Jays opened this AL East matchup as about a -120 favorite but the early money has come in on the Rays and this game is more of a toss-up in the -110 range for both sides as of early Wednesday afternoon. While I don’t have an official play in the side in this one, I would lean towards the Rays as well.

Despite dropping two of the first two games of this crazy five-game series, the Rays have been giving the Jays their all in each game and have even held the lead late in all three of the contests so far.

Now, they hand the ball to Rasmussen. A pitcher who has given up just six earned runs on 25 hits over his last 40 1-3 innings of work. That includes allowing just one run on six hits over six innings to the Jays back on August 2.

In fact, the right-hander owns a 1.65 ERA and is limiting the Blue Jays to a .250 batting average in three starts against them this season.

Meanwhile, the Rays have given Ross Stripling a few more problems this year, getting to him for four runs (three earned) on seven hits over 4 2-3 in a start in Toronto back on July 3.

These teams just continue to play close, high-intensity ball games. If you can get the Rays as a slight underdog, that’s the side I would lean towards.

When it comes to the total, you can probably guess the way I am leaning here. Game 1 of this series ended 3-2, followed by a 4-2 victory by the Rays yesterday afternoon. The second half of the doubleheader was also 1-1 heading into the seventh inning before the Blue Jays’ bats finally broke out.

Rasmussen has good numbers against the Jays and he’s given up two earned runs or fewer in 19 of his 25 starts this season and hasn’t given up more than two since before the All-Star break.

On the other side, yes, Stripling had a bit of a tough time in his lone start against the Rays this season, but he’s never given up more than three earned runs in a game since becoming a permanent member of the Jays rotation.

And while the Rays are scrappy as hell, they still rank 19th in batting average, 22nd in OPS, and have the sixth worst strikeout rate when facing right-handed pitching this season.

No official play here either, but in another playoff atmosphere, I would lean towards the Under.

Drew Rasmussen (10-4, 2.57 ERA): Rasmussen has been outstanding for the Rays all season, particularly since the start of August. The right-hander owns a 1.34 ERA over his last seven starts with the team winning each of his last six.

Ross Stripling (7-4, 3.03 ERA): Stripling has quietly become the Blue Jays' most reliable starter. Since permanently joining the rotation on June 6, the right-hander has pitched to a 2.56 ERA with Toronto winning 11 of his 15 starts.

The Under is 5-2 in the Rays' last seven games vs. a team with a winning record and 6-2 in the Blue Jays' last eight games vs. a starter with a WHIP less than 1.15. Find more MLB betting trends for Rays vs. Blue Jays. 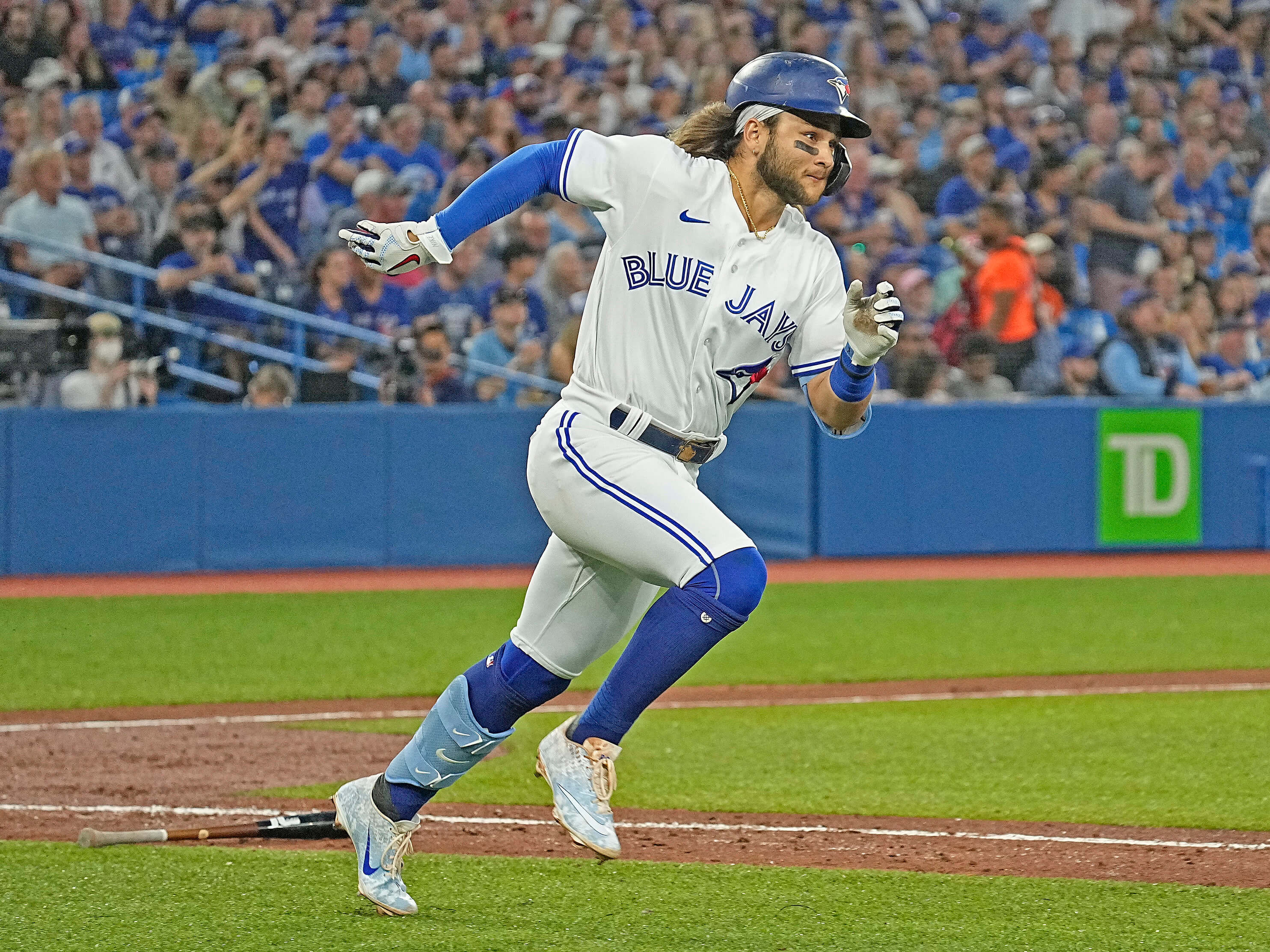