Today's MLB player prop picks highlight three pitchers' strikeout totals. Shane Bieber reliably goes deep into his starts. And while he's not among the league's best in strikeout rate, the usage allows him to pile them up anyway. 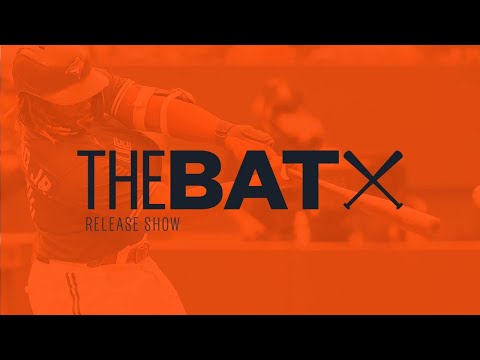 A jam-packed slate of MLB games on Tuesday should mean there is a ton of value, but it's a tricky market to navigate today.

Still, we've highlighted a trio of pitcher strikeouts totals that are very much worth your consideration in a crowded schedule. As always, shop around to make sure you get the best price available before first pitch as these lines could move quickly and drastically throughout the day.

New York Mets right-hander Carlos Carrasco has been a much different pitcher at the friendly confines of Citi Field. He owns a 9-2 record with a 3.21 ERA and 87 strikeouts over 84 innings across 15 starts. Away from home, Carrasco has a 4.57 ERA and 60 strikeouts in 61 innings across 12 starts. He's averaging nearly 5.5 innings at home while barely averaging over five per road start.

Carrasco has dominated the Marlins over four starts this season, eclipsing the 5.5 strikeouts total in three of them.

The Mets are in the midst of a hotly-contested NL East race and need every win they can get. And even though the Marlins are far from the toughest team around, a strong outing from Carrasco would go a long way to preserving the bullpen for the last few games of the season.

FanGraphs projects Carrasco to pitch beyond the sixth inning, which should be a long enough leash to cash the Over on his strikeouts against an offense that consistently flails at the dish.

This market is already seeing a lot of movement, but the Over can still be had at even money. I would be comfortable buying in on this as short as -115. After that, the juice isn't as worth the squeeze.

Cleveland Guardians ace Shane Bieber has completed six or more innings in 13 consecutive starts dating back to a July 13 complete game vs. the Chicago White Sox. He's about as reliable a pitcher as you'll find in terms of going deep into his starts.

While that doesn't ensure a lot of strikeouts, it does give him ample opportunity to cash the Over. An 8.77 K/9 over that period of mostly incredible outings isn't that alarming because he's not being held to a tight pitch count. And he's also shown an expert precision, walking more than one batter in only two of those 13 starts.

The Rays have a reputation for being a low-strikeout team, but that's not exactly true. Their 23% strikeout rate ranks 12th in the majors and is only slightly behind the likes of the aforementioned Marlins. It goes up to 23.7% vs. righties and Bieber punched out eight Rays in his lone start against them this season at the beginning of August.

There's variance in Bieber's strikeout performance but he's consistently pitching deep into games. Cleveland took its time easing the ace back into action as he worked his way back from injury to start the season, but he's thrown at least 91 pitches in 11 consecutive starts.

Finally, we wrap up with another Over on a pitcher's strikeouts market. Seattle Mariners left-hander Robbie Ray against a Texas Rangers offense he mowed over back in Juley when he fanned 12 over 6 2-3 innings.

Now, that's not exactly predictive but he's shown he can handle this lineup. Plus, the Rangers are striking out in 24.3% of their plate appearances in the second half of the season (sixth in MLB).

Ray is one of baseball's preeminent strikeout artists, owning a 10.18 K/9 and 27.8% strikeout rate and he's consistently given a long leash on the mound, throwing more than 90 pitches in eight of his last nine starts and reaching 100 pitches in five of those.

The Mariners are still jockeying for playoff positioning so they can't take their feet off the gas. Expect Ray to pitch deep into this start while eclipsing his strikeout total.