Toronto and Philadelphia combined for an absurd 29 runs yesterday. Though the Blue Jays and Phillies will close this two-game set with two good starters, our MLB betting picks see value on the underdogs — and another high-scoring game.

The Toronto Blue Jays are starting to widen their lead for the top spot in the American League wild-card race after walloping the Philadelphia Phillies in the opener of their mini two-game set last night, outslugging Philly 18-11.

With Kevin Gausman slated to toe the rubber against Zack Wheeler, you would expect a drastic reduction in runs — at least that’s what the total indicates — but is there a chance for more fireworks even with this pitcher’s duel? Are the Blue Jays being a little undervalued?

Check out the best bet for my free MLB betting picks and predictions for this interleague battle between the Blue Jays and Phillies to find out.

The Blue Jays whacked a total of 21 hits in Tuesday’s beatdown of the Phillies, but the most impressive part of the Jays’ 18-11 victory was the fact they hit only two home runs during their offensive explosion.

Now, a quick look at the pitching matchup for Game 2, and you might think the scoring could be drastically cut with Kevin Gausman and Zack Wheeler on the bump. After a closer look, I’m not so sure.

For the most part, Gausman has looked like a great signing for the Jays this offseason. That said, he has picked a tough time to go through his first slump of the year, thanks to finding too much of the plate. The result has been giving up dingers. A lot of them.

The numbers are actually a little jarring. Gausman surrendered just seven home runs over his first 24 starts of the season. Now, he has given up seven in his last four starts. And do you know what the Phillies do? Hit home runs — the sixth-most per game in MLB.

On the other side, Wheeler is in a bit of a similar situation. The Phillies' right-hander is having a great season, but a little slump and some elbow soreness mean Wheeler hasn’t pitched for Philly in nearly a month. Knocking off the rust against an offense as dangerous as the Blue Jays isn’t always a great plan.

The Jays also are one of the few teams to do some real damage against Wheeler this season, getting to him for six runs on seven hits in just 4 2-3 innings back in July.

While Gausman is in a bit of a slump, I have more confidence in him to pitch better than his counterpart in this one. On top of that, the Jays have the superior bullpen, ranking 13th in MLB in ERA, compared to the Phillies, who are 23rd. Additionally, the Jays didn’t have to use any of their high-leverage arms in the win yesterday.

Despite this being, on paper, a pitcher’s duel, the runs should keep coming in this one. On top of that, getting the Jays as a slight underdog feels like a mistake.

So, you know what? We’re going a little different today and doing a little same-game parlay, taking the Blue Jays on the moneyline and the Over 8 for a nice little plus-money payout.

A) Teoscar Hernandez & Vladimir Guerrero Jr to each hit a home run BOOSTED to +1,800 at Caesars! Bet Now

The Blue Jays opened this interleague matchup as slight underdogs and bettors continue to fade them as of Wednesday morning, with lines like Jays +100 starting to pop up on betting boards. Hopefully that Phillies money keeps coming, because I love the value with the Blue Jays here.

My best guess to explain this line is that Wheeler pitches very well at home and Gausman has been giving up too many home runs lately. However, that does not bring into account that Wheeler is making his first start off an injury and that Gausman has pitched better than the numbers recently indicate, as the right-hander still owns an impressive 2.41 FIP for the season.

You can make the case the offenses are a push in this matchup, but I’m giving an edge to the Blue Jays when it comes to the pitching matchup, both with the starters and in the bullpen. So, for me, the value lies with the road team.

The movement on the total has been interesting. It opened at an even 8, and was briefly bet down to 7.5 before Over money took the number up to 8.5. There are still some 8s on the board as of Wednesday morning.

This is a pitcher’s duel because of name value only. As I’ve broken down already, both offenses should have success in this matchup. Both pitchers are in a weird spot and are going against powerful lineups that both rank in the Top 10 of OPS when it comes to facing right-handed hurlers.

While I don’t expect another 29 runs tonight a total of 8 or 8.5 should still topple with the way these two teams are hitting.

The Blue Jays are 20-6 in their last 26 road games vs. a right-handed starter. Find more MLB betting trends for Blue Jays vs. Phillies

Kevin Gausman (12-10, 3.45 ERA): While Gausman has been reliable and one of the better starters in the AL for most of the season, he's picked a pretty inopportune time to go into his first real slump as Blue Jay, posting a 5.04 ERA over his last four starts.

Zack Wheeler (11-7, 3.07 ERA): Wheeler makes his first start for the Phillies since August 20 due to elbow soreness. (Never a good thing for a pitcher). It looked like it was affecting him. After allowing four or more earned runs just three times over his first 21 starts, he surrendered six and four before heading to the injured list. 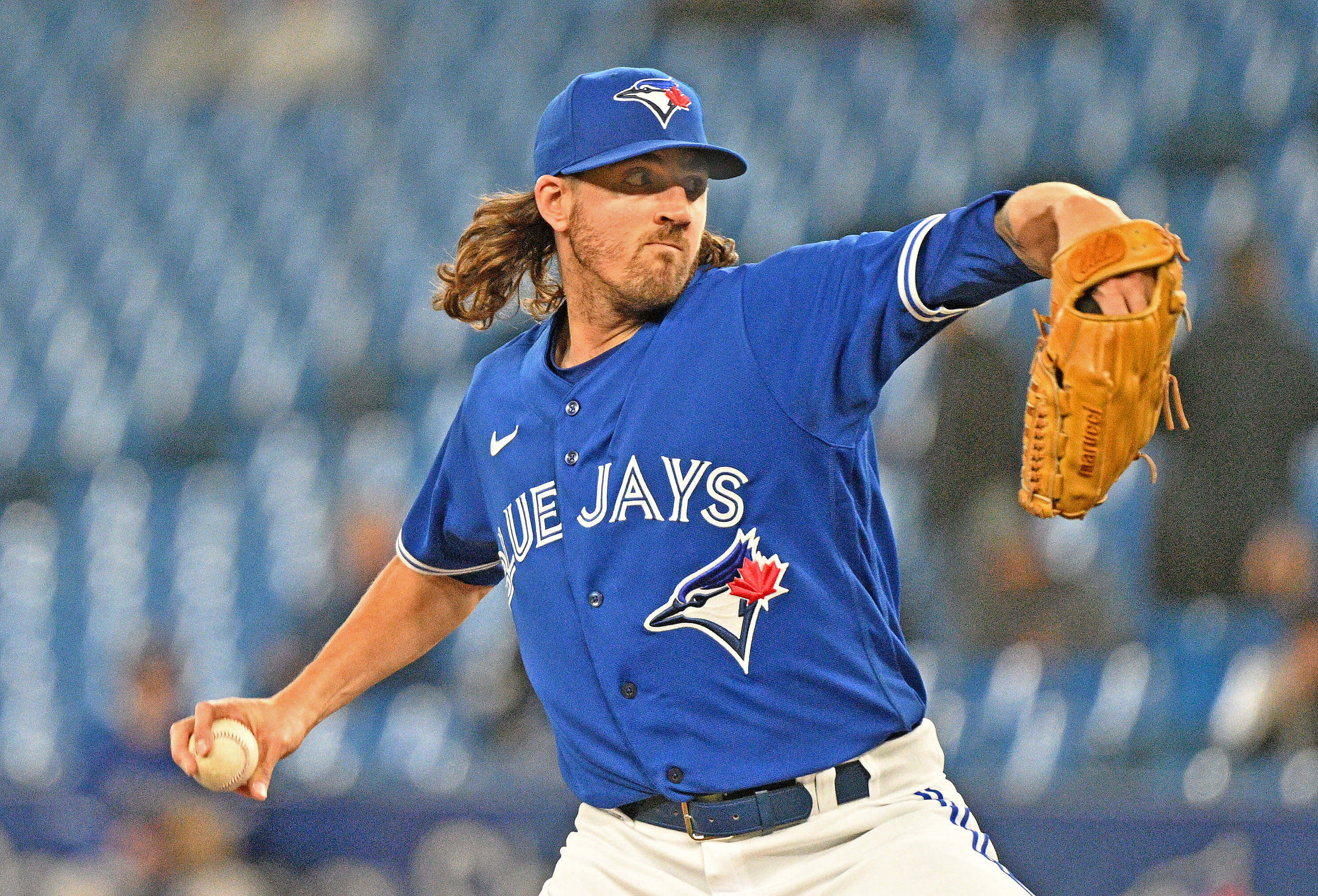