After deploying its in-house platform with theScore Bet, PENN will transition tech to Barstool Sportsbook in Q3 2023.

PENN Entertainment had always planned to migrate its Barstool Sportsbook away from Kambi technology to PENN's own in-house proprietary platform, but the move became more official on Wednesday when terms of the separation were announced.

The transition of Barstool's online sportsbooks book will begin in Q3 of 2023, in advance of the 2023 NFL season, while the operator's retail facilities will complete the migration process in 2024.

This move wasn't unexpected — PENN had announced its intentions after moving its Canadian arm, theScore Bet, to an in-house tech stack in July — but the announcement from Kambi firmly puts the migration wheels in motion.

"Kambi has been a top-flight supplier to PENN in our digital evolution," said PENN Entertainment CEO Jay Snowden in a statement accompanying the release. "Kambi's well-proven, high-quality technology and services have empowered PENN as we pursued our differentiated sports betting strategy, and I’m pleased to have secured our partnership to ensure a seamless transition for both companies."

Had PENN not acquired theScore, its partnership with Kambi, which began in July 2019, would likely have continued for several more years. Together, they grew Barstool to offer legal sports betting in 15 states, including 13 mobile launches and 25 Barstool-branded PENN casinos.

But once the Ontario sportsbook, and its tech capabilities, were folded into PENN's gaming operations following a $2-billion acquisition in 2021, Kambi would eventually become expendable.

As a result of the early termination of their arrangement, PENN will be paying a $12.5 million settlement fee to Kambi, as well as an additional $15 million sum to cover the costs of "transition services."

PENN and Kambi will still be operating under the same roof well into 2023, and to a lesser extent in 2024. However, both gaming outfits are committed to partnering on additional state launches for Barstool until the migration process has been completed.

"This agreement sets out the continued collaboration between the two parties over the coming years, one which secures certain ongoing revenue for Kambi over the transition period," said Kristian Nylen, Kambi CEO and Co-founder. "Furthermore, the terms also provide Kambi with additional protections with regard [to] our data and intellectual property."

The Barstool Sportsbook migration is merely the latest example of a general trend toward vertical integration within the U.S. gaming industry, according to Nylen.

"There has been a trend among some of the larger operators to own their own technology, but that doesn’t mean to say they need or want to own all of it," said Nylen. "These operators are seeking to complement in-house technology with high-quality, third-party sports betting products."

Nylen noted a prime example being bet365, which recently said it was looking at outsourcing as a method to improve its sportsbook, which Nylen felt was a good indicator of where the industry is headed.

"Over time, I believe the proportion of products being outsourced by these vertically integrated companies will only increase," said Nylen. "Leaning more on high-quality providers such as Kambi to not only improve the quality of their sportsbook but to increase their efficiency and profitability."

It was back in July that Pennsylvania-based PENN announced that its Ontario theScore Bet division had launched its own "proprietary risk and trading platform," allowing the Canadian-based sportsbook to own and control its mobile betting tech.

Bringing its technology in-house enables theScore to offer customers more props and in-game wagering options in Ontario's highly competitive market. The app runs entirely on tech built by its own product and engineering teams, making it one of the few operators to do so.

PENN CEO Snowden immediately signaled to the industry that Barstool would be next in line to follow theScore migration.

"We’re thrilled to have this technology deployed in Ontario and are diligently working toward migrating the Barstool Sportsbook in the U.S. to the [Score] platform in Q3 2023, after which we will begin to realize the full benefits of our in-house, custom-designed technology," said Snowden in a July press release.

PENN acquired 100% of Barstool in August

PENN Entertainment, then operating as Penn National Gaming before rebranding three months ago, initially paid $163 million to acquire a 36% interest in Barstool Sportsbook in January 2020 before announcing in an SEC filing that it was exercising its option to purchase the remaining 64% of the burgeoning operator in August for $387 million.

"We are optimistic about our upcoming Barstool branded retail sportsbook launches in Kansas and Ohio where we operate similar market-leading properties bolstered by large casino databases that should augment our omni-channel strategy," Snowden said following the August purchase. "Additionally, with the passage of sports betting in Massachusetts — the birthplace of Barstool Sports and home to our Plainridge Park Casino — we are excited to add yet another possible retail launch by the end of this year while mobile wagering is anticipated in 2023." 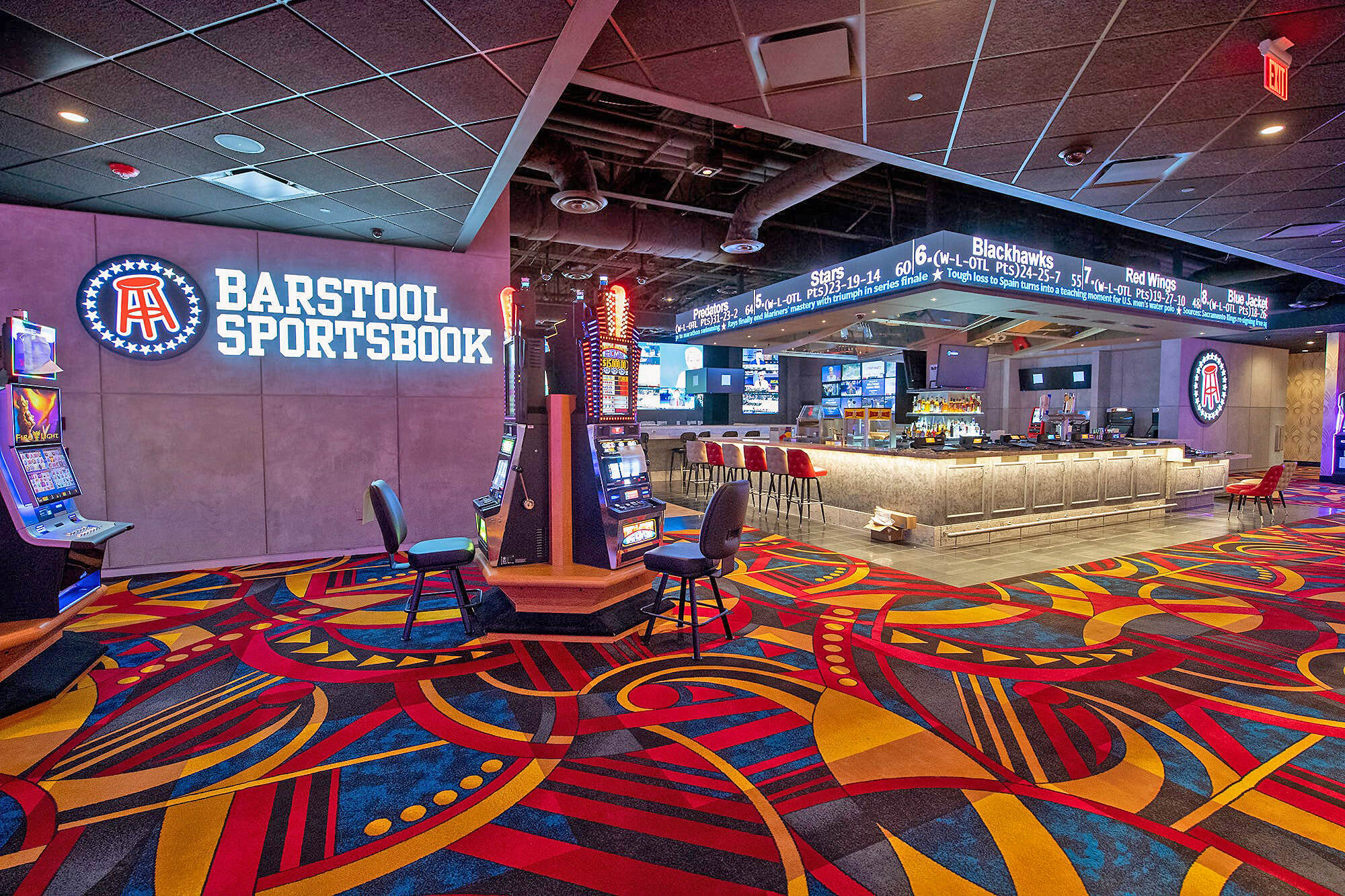