Legal sports betting in Canada’s most populous province will again include wagering on UFC fights.

The Alcohol and Gaming Commission of Ontario (AGCO) announced on Thursday that retail and online sports betting sites in the province could resume offering betting markets on Ultimate Fighting Championship (UFC) events.

That decision followed the UFC striking up a betting-monitoring partnership and making other tweaks to its policies to put the AGCO’s mind at ease. Now, after more than a month, sports betting sites in Ontario can resume taking action on the popular mixed martial arts organization’s events.

“The AGCO is committed to protecting Ontario players and the integrity of its betting market,” said Tom Mungham, registrar and chief executive officer of the AGCO, in a press release. “With the legalization of single event betting last year, the AGCO created strong new rules to protect bettors in Ontario. We are pleased these rules are already working to strengthen the integrity of sports betting in Ontario and, as a result, of UFC competitions around the world.”

Today, the Alcohol & Gaming Commission of Ontario reversed course on the #UFC betting ban which was instituted in December.

Ontario's sports-betting regulator banned UFC betting markets on December 1, "following alleged incidents, including possible betting by UFC insiders, and reports of suspicious betting patterns in other jurisdictions," the AGCO said in a press release. Since then, though, the regulator said it has been "actively engaged" with the interested parties as they worked to address the problem.

The regulations for sports betting in Ontario require rules to prevent match-fixing and other integrity issues, but the AGCO said in December that the UFC did not prohibit all insiders from betting on its events, which helped prompt its decision to ban betting on the sport.

However, the AGCO noted that the UFC announced on Thursday that it has updated its rules, including amending its athlete conduct policy to prohibit all insiders from wagering on the company's matches — even a fighter gambling on themselves.

The UFC has also tapped U.S. Integrity as its official betting-integrity service, "capable of identifying and analyzing unusual wagering activity as indicative of possible integrity concerns," a press release said. In doing so, the organization cited talks with the AGCO.

“We have also expanded our discussion of so-called ‘UFC Insiders’ to make clear that these same prohibitions against wagering apply to an athlete’s coaches, managers, handlers, athletic trainers, and other individuals affiliated with the athletes or UFC, and that violations by these Insiders may result in disciplinary action against related contract athletes,” said Riché T. McKnight, executive vice president and general counsel for the UFC, in a press release. “Finally, we have reiterated our expectation that our contract athletes will come to us to report any matters that might raise integrity concerns.”

You're on your own

The AGCO’s ban and reversal of that ban follow reports of suspicious betting patterns involving a UFC match in November. Regulators in other Canadian provinces decided against a betting ban or, in the case of Alberta, imposed one and abandoned it a week later.

Ontario, though, is Canada’s biggest province by population and the only one with a competitive market for internet gambling. That regulatory framework allows multiple online sportsbooks owned by private-sector companies to take bets in the province.

“Given these actions, the Registrar is satisfied that the betting integrity concerns raised have now been addressed and is therefore permitting registered gaming operators to resume offering UFC-related bets,” the AGCO added on Thursday. “Operators must continue to meet all applicable Registrar’s Standards and the AGCO will continue to monitor compliance with the Standards. The AGCO is aware of ongoing investigations in other jurisdictions and will be monitoring the outcome and actions related to those investigations.” 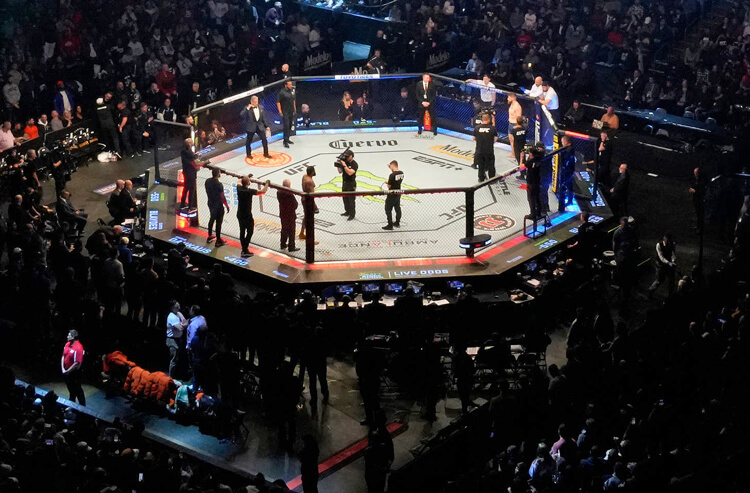