OLG announced on Wednesday that it is deepening its ties with the NBA, as the company's PROLINE sportsbook is now an official partner of the league in Ontario.

The Ontario Lottery and Gaming Corp. is making and keeping friends in high places, which could come in handy as the government-owned agency faces growing competition in the online sports betting business.

OLG announced on Wednesday that it is deepening its ties with the National Basketball Association (NBA), as the company's PROLINE sportsbook is now an official league partner in Ontario. The move comes just before the NBA Draft on Thursday, which PROLINE bettors will be able to bet on for the first time this year.

The lottery said that as part of the deal, it will continue using NBA betting data and work with the league on “a variety of engaging basketball content” for OLG customers.

"Continuing our partnership with an incredible organization like the NBA will help OLG create new excitement and opportunities for basketball fans on PROLINE+ and PROLINE at retail," said Dave Pridmore, OLG's chief digital and strategy officer, in a press release. "We’re thrilled to offer wagering on the NBA Draft for the first time while bringing our valued sports bettors even closer to the game through exclusive content and gameplay.”

It’s another powerful ally for OLG, and the multiyear partnership means the government-owned lottery now has official Ontario sports betting ties with the NBA, Major League Baseball, the National Football League, and the National Hockey League.

The league deals have all been announced this year, which could be due in part to OLG facing a rising number of digital rivals.

After years of work, Ontario launched a regulated market for online sports betting and internet casino gambling in early April that allows private-sector operators to legally take bets in Canada’s most populous province.

As a result, OLG’s website is no longer the only legal source of online gambling in Ontario. There are now nearly 30 others available to bettors, many of which can offer single-game sports betting after federal lawmakers authorized that wagering last year.

The Ontario iGaming market could grow even more crowded in the weeks and months ahead. Regulators are still processing applications, and there are reports that there could be 70 or so brands when the provincial market is mature.

Still, the “Big Four” sports leagues have all decided to partner with OLG, giving the company some powerful friends and connections it can use to try to attract customers. The spread of legal sports betting has also made leagues more amenable to striking partnership deals with gambling companies such as OLG, which has only been able to offer single-game wagering since last August.

While bettors may not value the official partnerships as much as the partners do, the leagues continue to engage with sportsbook operators in a search for new revenue streams and ways to grow their audience.

“As we continue exploring additional avenues to engage our fans around the world through sports betting, we need to find creative, knowledgeable partners in their respective regions,” said Kenny Gersh, MLB’s executive vice president of business development, in a press release last week. “With OLG, we have a trusted partner in Ontario with a vision to help us grow.” 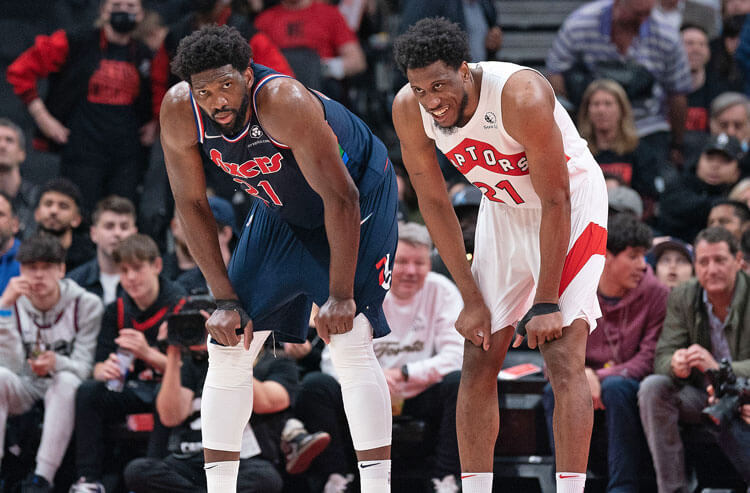 Ontario Sports Betting: As Competition Grows, OLG Strikes Another League Deal with the NBA
Provided by