Although the total was the lowest monthly handle to date, New York mobile sportsbooks have now combined for more than $6 billion in wagering in 2022 — a pace unmatched by any other U.S. state.

Although the total was the lowest monthly handle to date, New York's mobile sportsbooks have now combined for more than $6 billion in wagering in 2022, a pace unmatched by any other U.S. state. The state has also collected over $200 million in taxes, based on the more than $400 million in gaming revenue generated by the mobile bookmakers.

Despite another strong month of betting in the Empire State, the numbers for the week ended May 1 were down across the board.

Operators brought in a handle of $295.2 million while posting $12.9 million in GGR. The hold for the week was approximately 4.4%.

The GGR was roughly a third of what it had been in the previous two reporting weeks and was the lowest weekly total since the launch of legal mobile sports betting in the Empire State on January 8.

It was also the first time a full week of wagering failed to reach $300 million in handle.

The big four of FanDuel, DraftKings, Caesars, and BetMGM all took significant hits on the week. Most notable was BetMGM, which despite posting a handle of just $4 million less than the week prior ($28.4 million), saw its GGR tank to $12,682 from $2.4 million.

After posting back-to-back weeks north of $21 million in GGR, FanDuel took a tumble to $9.4 million while still bringing in a solid handle of $135.6 million.

DraftKings reported an all-time low in New York in both handle and GGR ($64.6 million, $1.4 million) for an entire week of betting. Meanwhile, Caesars posted its lowest handle ever and second-lowest GGR with nearly $44 million and $1.36 million, respectively.

Bally's sportsbook, Bally Bet, continues to be the only one of the nine operators licensed by the NYSGC that has not gone live.

While Bally Bet was expected to launch in April, that did not happen, but it is still expected to join the party sometime this quarter.

A ninth operator would likely be a boon to the state, which shares the country’s highest tax rate (51%) with New Hampshire. 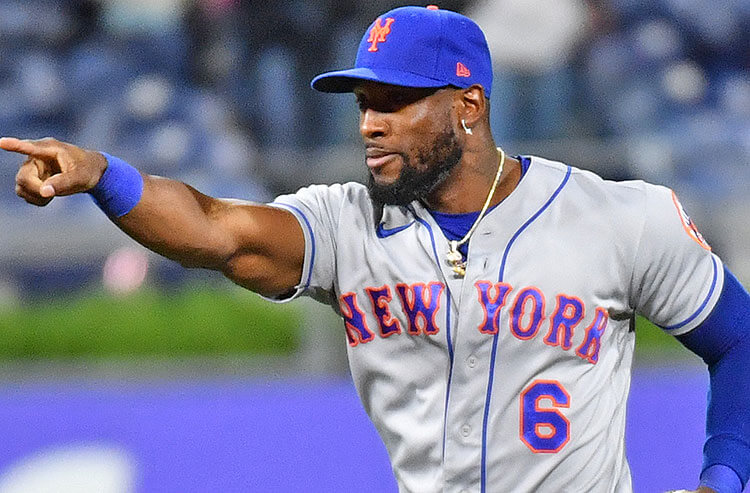